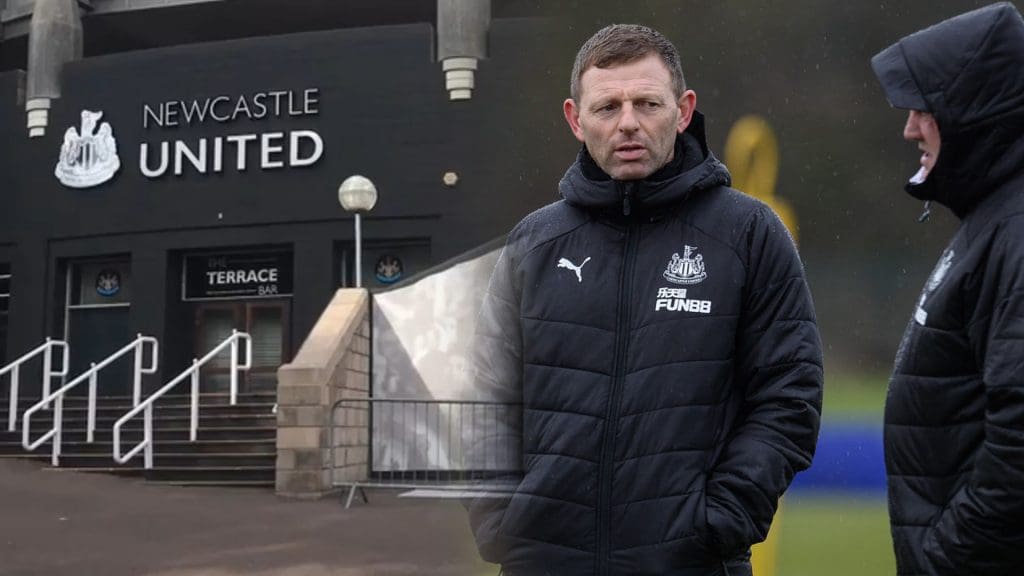 Newcastle United will hope to recover from their latest setback at Stamford Bridge where Chelsea comfortably ran out 2-0 winners. And the task will not be an easier one as they’ll face one of the league’s best counter-attacking sides in Manchester United.

Here are the possible things the Toon can tweak or alter to produce an effective overall performance against the Red Devils.

Emil Krafth had a very poor game the other day against Chelsea where he was at fault for both the goals. He deservedly got an ‘ear bashing‘ from Steve Bruce. For the first goal his lack of quickness to close down Werner and In the second he didn’t mark-up Werner for the tap-in at the far post.

It’s an embarrassing situation at the right-back position with Javier Manquillo injured, the only pacy right-back Yedlin was let go to Galatasaray late in January Transfer Window. Krafth has shown time and time again he’s incapable of handling pacy opposition wingers. He may be an Okay centre-back in a back three. That’s the purpose Rafa brought him to the Tyneside.

The other possible option is Jacob Murphy at Right-back, this would be a brilliant change I guess, he might as well struggle while defending one-v-one Martial but he will pose some threat to counters or generally in forwarding areas, it will push the opposition wingers a bit.

If we exclude Issac Hayden, who can do a decent job on the day at Right-back. The other exciting option plays Ryan Fraser on Right-back( Yes, you heard it right), he had played few games as Right-back at Bournemouth in which he performed excellently. His talent is what we need on the pitch. As we all know, he’s a very good crosser of the ball, can take players on, can be a threat on counters, and add his accurate corners to the equation. This will help us get further on the pitch.

Play ASM through the Middle

Dwight Gayle looked out-of-his-depth in the first half particularly. It’s obvious he needs regular game time to produce any kind of consistency and cannot be thrown into the deep end so quickly.

The interesting tweak is to play ASM through the middle and Joelinton on right-wing (wait-wait I will get a lot of stick for this but let me explain). In the game against Chelsea, we were very weak Aerially with Gayle not offering an outlet at all. Chelsea won aerial battles 25 to 11. Also the fact Joelinton has more pressures, dribbles, and shots than Gayle which increases his chances to start the next game.

Anyway, ASM went missing in the last game this may be due to overdoing things or many players closing him down. I think Man United’s defence is shaky at the moment. West Brom’s Diagne caused a whole lot of problems for Harry Maguire and Lindelof in their 1-1 draw.

So, the trickery and pacy of Saint-Maximin will cause havoc between those two and his quick turns will come in handy against relatively slow Maguire and Lindelof. It may be a risk playing ASM certainly because it didn’t work last time out but this time against a bit slow defenders it’s the one worth taking a punt on.

Play a Gem instead of Shelvey

Shelvey had a disaster of a game against Chelsea. Very passive in the first half and not much better in the second. His immobility invites trouble for us. He surely needs to be rested against Man Utd otherwise Bruno Fernandes will rip him to shreds.

I also want to give a bit of stick to Hayden he gets levy due to his defensive work but stats prove he rarely makes a progressive pass in the final third. It’s easy to play sideways and be safe with pass% stats but certainly not when you’re losing 2-0. Willock outshone both of them with his work ethic and contributions in the attacking area.

Elliot Anderson expressed his disappointment on social media for being left out of the squad. The boy showed glimpses of his talent against  Arsenal in the FA Cup. He can be played in the Right-Midfield position to start with. (let me be very clear here Brucey we will not call you silly if you threw him into the deep end against United because he surely is better than Hendrick) and maybe he can do with his Premier League debut goal at Old Trafford.

Or we can go the safe route by playing Matty Longstaff. He already has two goals in two matches against Man United. So, he is a big-time player. The lack of game time for Longstaff Brothers is befuddling but maybe the loan arrival of Willock has provided them kick on the backside to work hard and get back into the first-team scene. Any one of them should be provided with a chance for redemption instead of playing Shelvey.

These are my suggestions and opinions although Shelvey has second best-running stats in the last game – his lack of pace and pressing just kills any effort he puts in.

Will Marcelo Bielsa extend his stay at Leeds United?
Daniel Grimshaw: Another Man City graduate on the brink of crossroads for the summer
To Top