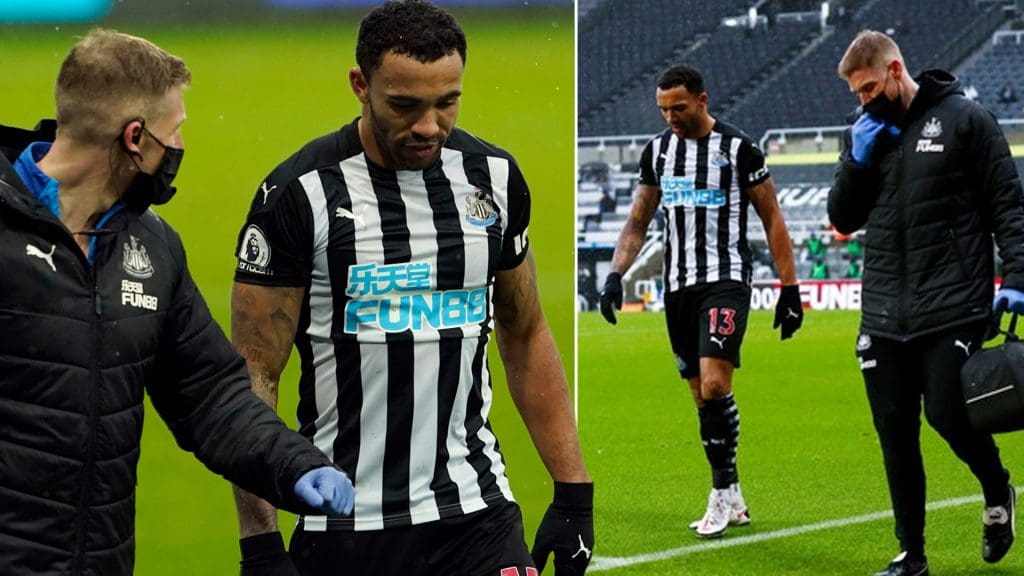 Callum Wilson’s injury comes as dejected news for Newcastle supporters, as the Englishman will serve sidelines for about six-eight weeks.

In a pre-match press conference on Thursday morning, Steve Bruce delivered terrible news for Toons’ that their star man Callum Wilson is set to miss 6-8 weeks due to hamstring injury.

Wilson limped off on the 36th-minute mark in Saturday’s game against Southampton and was replaced by Joelinton. The hamstring injury initially seemed to be a minor one after scans turned out to be a bad tear. This would come as shock to Newcastle’s survival hopes.

This is what Bruce said on Callum Wilson’s injury lay-off:

Wilson has direct involvement in 60% of Newcastle’s total goals. He scored 10 and further assisted 5 goals which prove to be the difference between Newcastle and their relegation competitors.

Not only goals his overall play will be missed by the magpie faithful. Wilson can cause havoc in the opposition defence with his physical dominance and clever runs in behind. He is also dangerous in one-on-one situations. He is taking a team-high 2 shots per game. Just as things are put into context to play positive for this squad, injuries are not wriggling away.

How can Newcastle cope with Wilson’s Loss?

Best possible option is to put Dwight Gayle upfront he’s a bit of pace and his hold-up play is decent if we play a relatively high line he’ll find players to combine with. He is also good at pressing high than Joelinton and Carroll.

The other thing is Gayle’s understanding of Shelvey, the duo combined for many goals earlier in the championship and even in the Premier League. We can use Shelvey’s ridiculous ability to play balls in behind for Gayle to run and link up with Miggy or Maxi. He’s more suited to our system than Joe or Carroll (the give and goes, one-two, and that stuff) He also has a knack for taking shots on goal. If we provide him with the service we supplied in the last few games he would pounce one of them. Carroll could come as an effective substitute.