Fulham are reportedly very keen on signing Manchester United midfielder Andreas Pereira this summer. The London club have held talks with United, and have made an official bid for the Brazilian, who is set to leave Old Trafford very soon.

Fulham have emerged as contender for the Brazilian, after United’s deal with Flamengo fell through. Pereira spent the 2021/22 season on loan in Brazil, playing for Flamengo, and it was reported the club was interested on signing the midfielder on a permanent deal. However, the two clubs could not agree on a fee, and transfer negotiations ended. However, Fulham have now entered the fray, in a bid to strengthen their team as they gear up for the upcoming 22/23 Premier League season.

According to reliable transfer journalist Fabrizio Romano, the Cottagers have submitted an official proposal of around £8.5 million guaranteed fee plus add-ons for a long-term deal for the 26-year-old midfielder, and United are prepared to accept the offer. The clubs are waiting for the player’s decision, but all signs point towards the deal being completed sometime this week.

ANDREAS PEREIRA: IS HE MORE THEN JUST PRE-SEASON PIRLO?

The Manchester United exodus is continuing under new manager Erik ten Hag, who has overseen the departures of six players in his very first month. Star names like Paul Pogba, Juan Mata, Edinson Cavani, Nemanja Matic, and Jesse Lingard have all left the club, while veteran goalkeeper Lee Grant has retired from football. Now Andreas Pereira seems set to be the latest name on the list to leave the Red Devils, after almost 10 years at the club.

Pereira came through the youth ranks at Man United, joining the U-18 team from PSV Eindhoven. He made his senior debut for the club under Louis van Gaal, in the second half 14/15 season, and was given very limited minutes the following season. He has been loaned out to various clubs since the 15/16 season, spending time at Granada and Valencia in Spain, Lazio in Italy and finally Flamengo in Brazil. However, he has failed to impress at either of the clubs, and was unconvincing in his 4 seasons at United as well.

Dubbed as the ‘pre-season Pirlo’ for his tremendous pre-season form, the Brazilian has never had a good consistent season. He has shown flashes of his brilliance at times, and his wonderful long-range goal against Southampton in the 18/19 season will be fondly remembered by the Old Trafford faithful. However, just 4 goals and 5 assists in 75 appearances for the Red Devils is very poor, and his time in Manchester is coming to an end now.

At just 26, Pereira still has a lot of footballing years ahead of him, and he could well benefit from a permanent move away to a club with a great deal less pressure than at United, where his every action would have been scrutinized by 75,000 fans in the stadium and millions at home. Squad depth is a huge necessity for Fulham, and Pereira will also add a little bit of Premier League experience to the squad.

The Brazilian playmaker possesses an outrageous amount of talent, but consistency has been a huge issue for him. Fulham manager Marco Silva knows the flair he has, and a trusting manager and game time could really help Pereira rediscover the form he showed in his youth days.

The Cottagers are very close to signing Andreas Pereira, and it could be a very ideal deal for all parties concerned. United will be happy to get him off their books, and get some return for him, while Fulham are getting a young, energetic and enthusiastic player, who could help them achieve their main goal of survival. It remains to see if a deal is closed this week, with Fulham fans eager to see some new arrivals at Craven Cottage. 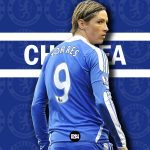 The curious case of ‘The Curse of No.9’ at Chelsea
Next Article 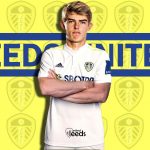