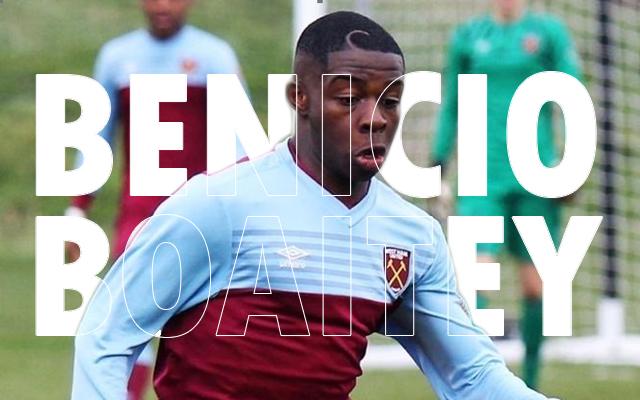 The 16-year-old have reportedly turned down a contract from the Hammers as he prefers to weigh options from the clubs interested in him.

The possibility of developing his career in Germany could interest the player having the likes of Jadon Sancho, Reece James and a few more English talents thrive in the Bundesliga.

At just 16, Boaitey has already played for the Hammers under-18 side and possesses good technique and pace together with his silky finishing. The player has has represented England’s u-16 side

Benicio Boaitey’s style of play has been likened to that of Juventus’ Douglas Costa. Reports also claim that Barcelona academy director Patrick Kluivert is a huge fan of the player and is willing to push for his signing.

He has already informed the Premier League side he will not sign a professional contract with them as he is willing to seek greener pastures elsewhere.

The exciting prospect has also been linked with a move to French champions Paris Saint-Germain with RB Leipzig also said to be keeping a close eye on him.