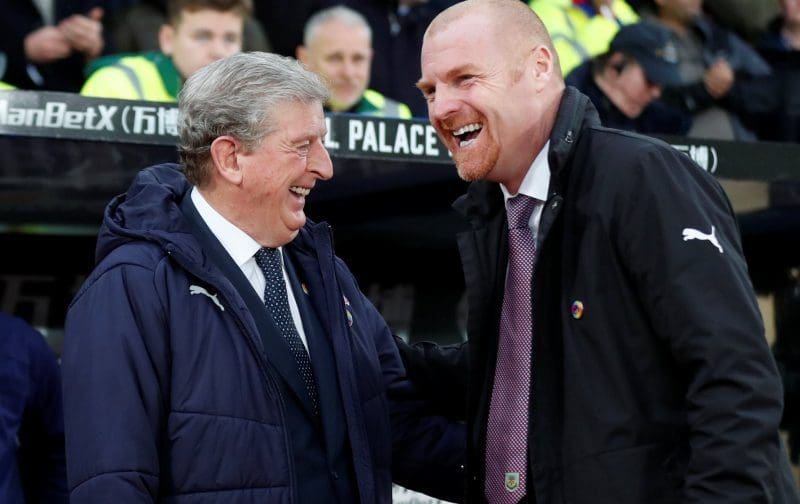 The longest-serving manager currently in the Premier League, Sean Dyche might be ending his almost decade-long reign at Burnley this summer.

Crystal Palace, who will be without a manager next season due to Roy Hodgson’s departure, want to hire the Burnley man as they have been very impressed with Dyche’s style of football over the years. However, there have been talks of a compensation fee that Palace might have to pay to release Dyche from Burnely.

There was no announcement in particular, but Roy Hodgson had made it clear to the Crystal Palace hierarchy in January regarding his departure from management in the summer. The 73-year-old wants to rest for a while after coaching continuously for a long time now.

This led to Palace going into the market in the search of managers who can bring about new ideas and tactics at the club and revolutionize it from within. Clubs like Wolverhampton Wanderers and Leeds United have appointed foreigners and have attained great success in doing so.

Thus, for the longest time, Palace were chasing former A.S Roma manager Paulo Fonseca, as they knew that the Portuguese might depart the Italian club in the summer. However, Fonseca rejected any advances Palace made towards him. Thus, Palace then looked at the current crop of Premier League managers and nailed down Sean Dyche at the top of their priority list.

Palace chairman Steven Parish wants Dyche at the club as he has seen the progress Burnley have made over the years with little to no money to use. Palace, unlike Burnley, enjoy a spending spree once in a while, which could certainly pique Sean Dyche’s interest.

Since he took over at Burnley, Dyche has often been criticized for playing defensive football, however, the neutral eye enjoy the way he sets up his teams. Often described as a ‘long ball’ system, Dyche’s system is far more complicated than that. The defenders remain compact and close together, while the midfielders are tireless at the center of the park. The attackers are strong and technically sound on the ball, while they are a huge aerial threat going forward.

At Palace, Dyche could be offered similar players and quite probably even better versions of the current crop at Burnley. Christian Benteke is a huge aerial threat, while Wilfried Zaha can be used as the technical player behind the striker. Palace’s midfield are brilliant operators with and without the ball. While the defence could certainly use some work, Dyche is an expert in that area.

This could be an ideal move for both Dyche and Palace, however, there is a lot more to hiring a manager than checking if they are a fit.

Sean Dyche’s view about the move:

The Englishman was asked about a potential move to Palace this summer, but he left the press with quite a vague response.

“I have always maintained the same thought, eventually things in football change,” said Dyche. “But I have been saying that since our first promotion.

“Links come up and I am always flattered by any links at any level of football because I respect the whole of football.

“I played up and down the levels of football, and my respect has always been there for what football is.

“My role here is what it is, I am still working hard, I think that has been shown this season with myself, my staff, and the players. I never lose sight of that.”

Thus, Dyche might be up for a move to Palace but does not want to make his stand official until a club have officially held talks with his agent. This is a professional approach by the Englishman, however, Burnley will be reluctant to let their manager go.

With Dyche’s current contract set to expire on June 2022, Palace have found the right time to approach the Englishman. However, Palace have also been informed by Burnley that they will have to pay a compensation fee of £3 million if they are to secure Dyche’s services in the summer.

Palace are set for an overhaul in the summer, and it is essential that they appoint somebody capable of starting a new era at the club. Sean Dyche is a perfect fit, and Palace fans will have a lot to be excited for if the Englishman signs for the club in the summer.

Solskjaer set to be offered new three year deal by Manchester United despite lack of trophies
Besiktas looking at Andros Townsend, if they fail to bring in Leicester City winger
To Top