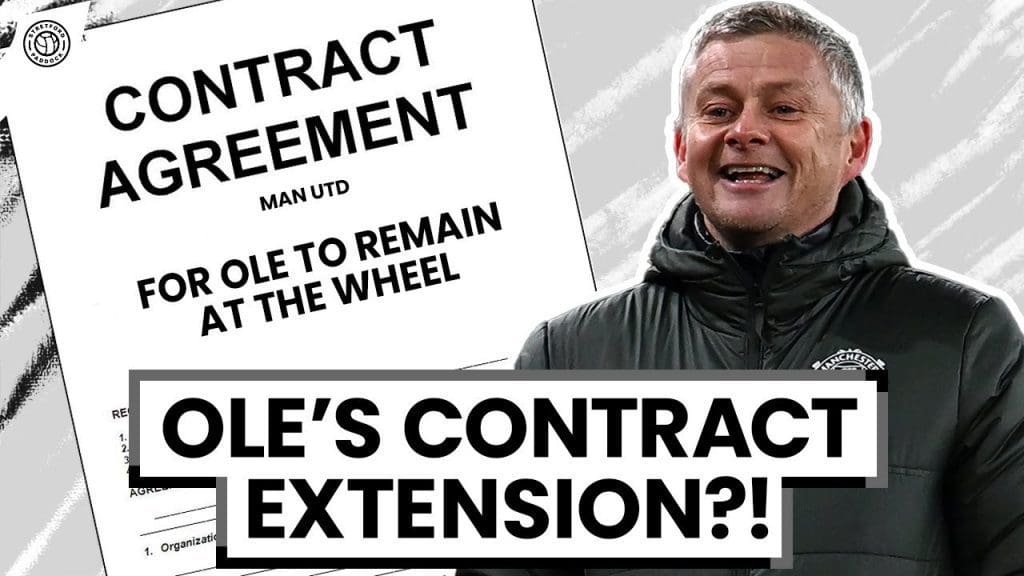 A lot has changed since Ole Gunnar Solskjaer first took over at Manchester United in December 2018, but it is hard to see whether things have gone in a positive direction or not.

Yes, Manchester United have comfortably finished 2nd in the Premier League table, however, that was down to teams like Liverpool and Chelsea massively underperforming. The club did hit a new low when they lost the UEFA Europa League on Wednesday night against Villarreal, who albeit an incredible team, finished 7th in La Liga this year.

Regardless of how fans perceive this season, Solskjaer is set to be awarded a three-year deal as Manchester United feels that the Norwegian is the right man for the job.

So, does Ole Gunnar Solskjaer deserve a new contract?

While an argument can be made for either side, the decisions within the club need to be taken objectively. Manchester United’s inclusion and exclusion from the European Super League had enraged fans enough to breach the stadium premises and protest against the hierarchy.

Thus, in such cases, having a former player as a manager bodes well for the club as Solskjaer is a fan-favourite to a reasonable extent. His football has also been attractive this season, although they have choked when it has mattered the most. For all of United’s progress over the last two and a half years, they have not won a single trophy.

As rightly put by ESPN FC pundit Frank Le Boeuf, ‘Finals are to win, and it is the results that matter on the day, not performances’. This is the part that has eluded Solskjaer for the longest time. It is, however, uncharacteristic of him, given that he was a serial winner as a player under Alex Ferguson at the club.

Moreover, this is not the first time somebody has questioned whether Solskjaer is fit for the job. Manchester United started the season horribly and things did not get any better when the club were eliminated from the group stage of the Champions League. Yet, the United faithful trusted in the process, courtesy of which, Solskjaer then delivered at the start of the new year as United were top of the League table, albeit it only lasted a week.

However, during this time, United were eliminated from the Carabao Cup by rivals Manchester City in the semi-finals, worsening Solskjaer’s chances of winning any silverware this season. However, United looked sturdy and were progressing comfortably through the knockout stages of the Europa League while also maintaining their status of being the 2nd best team in the Premier League this season. They also ended Man City’s 20-game winning streak by beating them 2-0 at the Etihad.

Manchester United look destined for some form of silverware, however, that bubble broke down as soon as Leicester City obliterated United 3-0 in the FA Cup quarter-final. Solskjaer, however, was after European glory and securing Champions League football.

Brilliant performances against AC Milan and Roma in the quarter-final and semi-final showcased that United were heavy favourites for the Europa League trophy. However, they lost the game on penalties, and it showed that United choke in the bigger games, as do their best players, namely Marcus Rashford, Bruno Fernandes, Paul Pogba, and David De Gea.

Thus, it is hard to see why United are striving hard to keep Solskjaer at the club when a coach like Antonio Conte is available and willing to make the move to England. The club have promised Solskjaer four new signings, with the Norwegian listing Declan Rice, Jadon Sancho, and Harry Kane as his prime prospects. The argument to be made, however, is whether United will win things even with these players.

There is no doubt that Solskjaer is a great coach and that he has done a great job at United, but the Norwegian does not have the capability to take them over the finishing line. His comments in April stating that ‘trophies are to boost your ego’ did not go down well with a lot of United fans as they questioned Solskjaer’s ambitions at the club.

Here lies the main issue: Solskjaer does not have what it takes to drive a club like Manchester United to success. United may win a trophy next season, but there is no guarantee that it will be a major trophy. This is a big club, and its fans demand the biggest trophies, something Solskjaer might probably never win at United.

Things need to change sooner or later, and offering the Norwegian a new three-year deal will ruin United’s chance of winning something with the current crop of players. The Glazers might only care about the profit the club generates, but the fans have shown in recent times that they can hugely influence the decisions of the club and if need be, drive the owners out as well.

If Solskjaer does sign a new deal, he needs to deliver, and the trophies need to come soon, otherwise club legend or not, he will be facing the sack soon.

Exclusive: Is Hector Bellerin dating Jasmine Muller?
Could Sean Dyche end his reign at Burnley and join Crystal Palace in the summer?
To Top