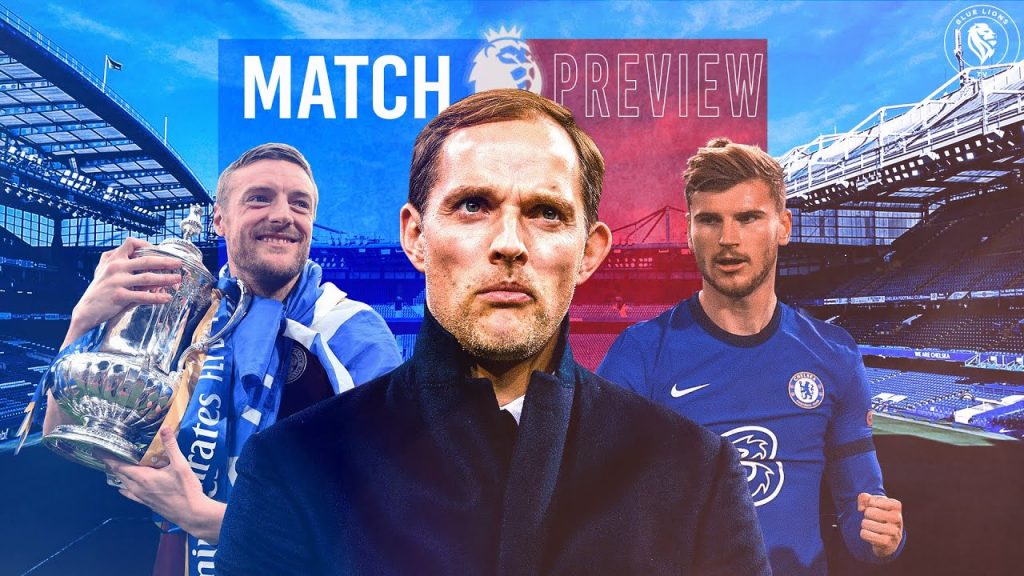 Leicester City rejoiced on Sunday evening against Chelsea when they lifted their first FA Cup trophy ever and it was an emotional moment for Brendan Rodgers and the entire squad as you could see how hard they worked to win their first domestic trophy after almost 6 years.

The victims on the night in Chelsea will be the opponent again on Tuesday night as Leicester looks to end the season on a good note by qualifying for the Champions League. However, Chelsea will be out to avenge their FA Cup final loss, and unfortunately for Leicester, the Blues are also looking to seal a spot in the Top 4, and it will come down to who wants it more at the end of the day.

Thomas Tuchel will want his men to bounce back after a horrid weekend:

The past week has been uncharacteristic of Chelsea as they lost to Arsenal in midweek and followed it up by losing to Leicester City in the FA Cup final, a trophy for which they were heavy favourites. Although there were a couple of controversial VAR calls on the night, Chelsea should have done better, and Thomas Tuchel will be hoping that his team have learned their lesson.

Chelsea created plenty of opportunities on the weekend but to no avail. Tuchel would have been worried if his team was not even trying, but that is not the case, and there is no better way to get over that loss than by defeating the same opponents and ruining their chances of finishing in the Top 4. Before the final on Sunday, there were questions regarding what is more important for Chelsea – finishing in the Top 4 or winning the FA Cup? While most would want both, every fan wants their team to play in the Champions League year in year out, and Chelsea can apologise for their performance on the weekend by winning on Tuesday night.

Thomas Tuchel’s tactics on Sunday were not all wrong, but sadly, they were not all right. Although putting Reece James in a center-back role did stop Jamie Vardy’s role in the game, using Azpilicueta lost any and all attacking impetus Chelsea had going forward on that wing. Jorginho needs a rest, and it was evident on Sunday. The midfielder who has been sensational in the past 2 months looked tired and out of ideas, while N’Golo Kante could not hold the midfield by himself. If Tuchel manages to solve these issues, this Chelsea team has more than enough in their locker to put Leicester to bed on Tuesday night.

Lose on Tuesday and Chelsea will not have their destiny in their own hands anymore, and this will be Tuchel’s message to his players. The German will be hoping that his team understands the significance of the situation.

Mateo Kovacic, who was out for nearly a month by injury, was back for the final on the weekend but remained an unused substitute. Chelsea will be hoping to start the Croat soon, as his athleticism and dribbling between the lines is something the Blues have missed dearly. Christensen was also back on the weekend and will be hoping to come back into the team should be match-fit. Chelsea have a fully functional squad and Tuchel will want to use each and every member to the fullest until he secures a place in the Top 4.

Can Brendan Rodgers and Leicester City double down on Chelsea?

What a story! What a final! Brendan Rodgers’ men made their fans proud on the weekend as they won their first-ever FA Cup on Sunday. However, they have now a chance to defeat the same opposition in midweek again as they look to seal a spot in next year’s Champions League, and a win on Tuesday night will confirm the same.

Youri Tielemans delivered a shot straight from heaven on the weekend, and if he wants to truly etch his name in Leicester folklore, a solid performance on Tuesday could be the way to do it. Leicester have been the 3rd best team in England this season, however, with Chelsea on Tuesday and Tottenham on the last day of the season, the Foxes could lose out on a place in the Top 4 if they are not at their best this week.

Like Chelsea, Leicester’s will place their fate in the hands of others should they lose to the Blues on Tuesday night. Brendan Rodgers will emphasize the need for just one more victory as it would create yet another fairytale season for the Foxes. Leicester will have horrid memories from last season when they missed out on Champions League football on the last day, thus, this time around, they will want to seal a spot as soon as possible.

With Champions League football, Leicester can attract better players while also replace a team like Tottenham or Arsenal as a part of the ‘Traditional top 6’ due to the increased revenue from European football. This is a game that could do a whole lot of good to the club and the Foxes will be confident of taking the game to the Blues on Tuesday night.

Jonny Evans was taken off during the final as the center-back due to recurring heel injuries and will miss the game on Tuesday night. Apart from Evans, Leicester have long-term absentees in Harvey Barnes and James Justin who will be fit for the start of next season. On loan, Cengiz Under might also be out with a hip injury. Leicester have the desire and motivation to play in Europe, they will have to fight for it one last time on Tuesday night, and Rodgers will be hopeful of his side securing a spot in the Top 4 this season.

Lille defender Sven Botman admits Christophe Galtier could leave amid Tottenham links
Why Rafael Borre is the ideal signing for Watford!
To Top