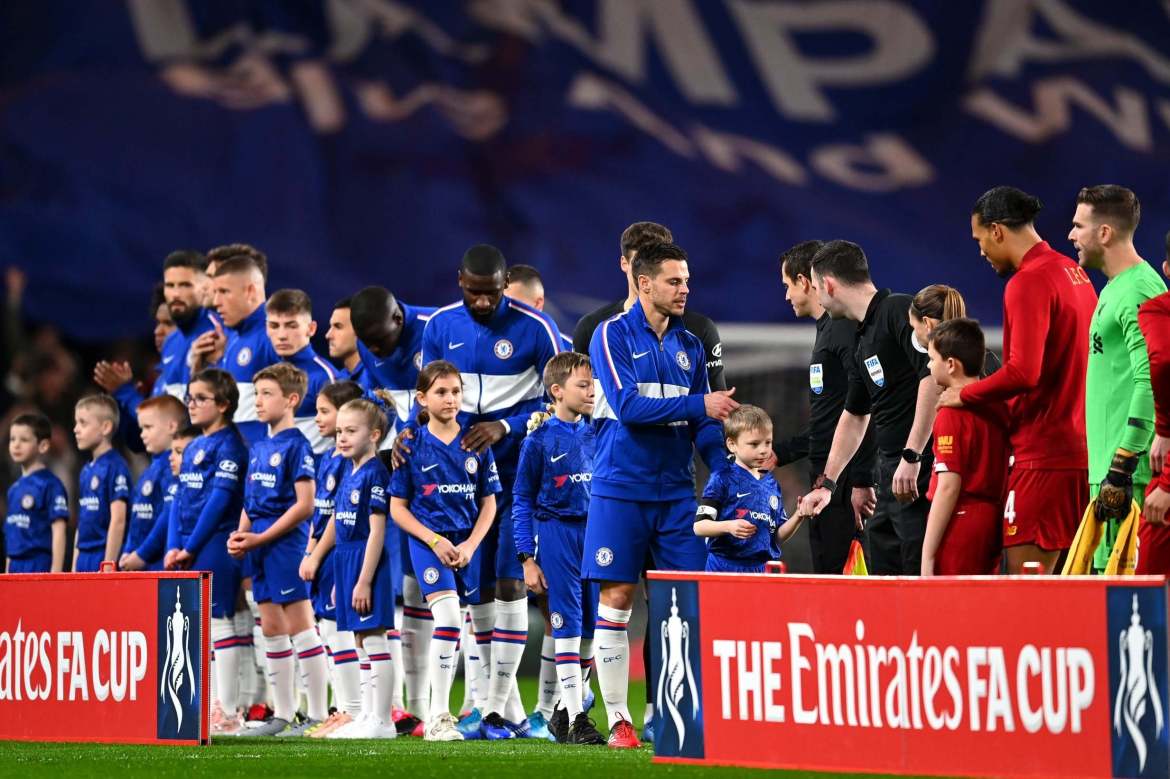 Chelsea will be travelling to the King Power Stadium on Sunday as they try to win a last piece of silverware for this campaign. After an amazing win against Manchester City, which allowed Liverpool to win the league, Chelsea will push on in the FA Cup along with continuing their Champions League bid.

So How Can Chelsea lineup against The Foxes:

Frank Lampard has switched from 3-4-3 & 4-3-3 this campaign and will continue the same system which has brought them success this year. Brendan Rodgers’s team like to have the ball & press to win the ball back which is similar to City gameplay. So like the way Chelsea countered City midweek, Frank will go for a 4-3-3.

Willy Caballero will start as he is the rotational option. Willy whenever called upon has looked solid this year. He even started in Kepa’s absence against Spurs & Man Utd.

Reece James will start inorder to give Chelsea’s captain César Azpilicueta so much needed rest. His crossing is probably one of the best in the league behind Trent and he is sound defensivdely. Zouma & Rudiger will have to deal the dangerous Jamie Vardy & talented Harvey Barnes, while Alonso too will get a much needed rest so Emerson slots in the side.

The man who got Roy Keane of sit, Billy will start in the heart of the midfield alongside Jorginho & Mateo Kovacic. Eyes will be on him so as to how perfroms in these game after two back to back Man Of The Match performances against Mereyside teams.

Tammy Abraham whose excellent season was disrupted by injuries will try impress Frank Lampard in the game after losing his starting spot to Oliver Giroud. Another advantage to start him will be is his excellent aerial play and James will be the perfect provider. Pedro who is going to leave after the end of his contract will probably start alongside Ruben who looked quiet rusty against Villa after making a comeback from injury which kept him out for about 9 months.