It’s about time now, the FA Cup is ready to be back. And Arsenal’s FA Cup campaign is restarting off with a blockbuster fixture against top-six rivals Sheffield United.

On one side, a team has gained promotion last season and is fighting for the European spots. On the other side, there’s an experienced team going through the rebuilding process. Sheffield qualified for the FA Cup quarter-finals after beating Reading in the extra-time. The Gunners comfortably defeated Portsmouth in the Round of 16 through goals from Sokratis and Nketiah.

Pablo Mari, Bernd Leno, Gabriel Martinelli, Lucas Torreira and Calum Chambers all unavailable to be picked for the next game. Keiran Tierney was forced off against Southampton but it isn’t serious and he could get some minutes against Sheffield. Cedric Soares could get his long-awaited debut for the Gunners.

The FA Cup remains the best chance of Arsenal to bring back European football at the Emirates next season. All eyes are on the lineup that Mikel Arteta decides to deploy against the Yorkshire based club. Would he entrust the youth to rest senior members or start with his usual regulars?

Emiliano Martinez will undoubtedly start for the Gunners as Leno is injured and Mikel Arteta will have no second thoughts for preferring him over Matt Macey.

Ainsley Maitland-Niles should be the obvious choice for the right-back spot as Arteta won’t risk starting Soares in an important game. However, Cedric Soares may get his most-awaited debut if the Gunners have a good lead in the second half.

Sead Kolasinac will get the nod on the left flank over Tierney and will be instructed by the Spanish manager to push forward and create chances as he always does.

Zech Medley will partner Sokratis and form the centre-back duo alongside Maitland-Niles and Kolasinac. Sokratis will provide experience at the back alongside newcomers and youngsters.

Granit Xhaka and Matteo Guendouzi will start as the two pivots in the double pivot formation Arteta will very likely deploy. Xhaka is more defensive-minded and he will allow Guendouzi to move forward and help out the attackers.

Reiss Nelson, Joseph Willock and Trae Coyle could start ahead of the pivots and behind the striker. Reiss Nelson and Coyle will start on the left and right wide-midfield positions with Willock taking up the number 10 role in between them.

Despite criticism for not stepping up at times, Alexandre Lacazette remains the undisputed starter under Arteta. He is expected to start against Sheffield tomorrow. 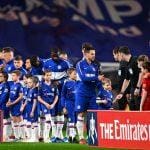 How can Chelsea Lineup against Leicester City?
Next Article 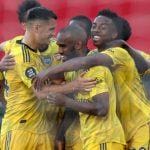