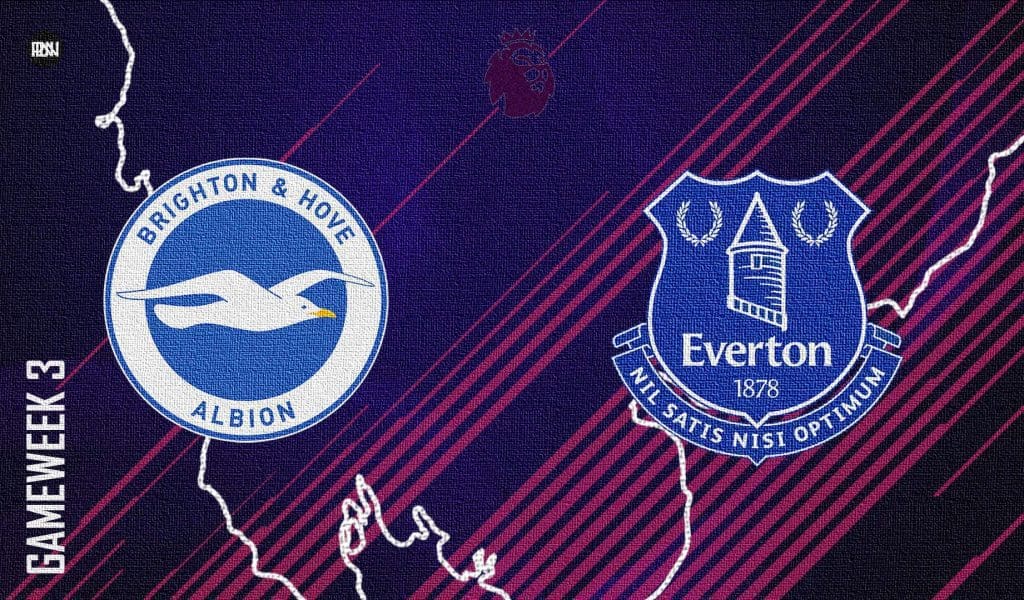 The third gameweek of the new Premier League season is here, and it brings us action from the Amex Stadium, where Brighton and Hove Albion play hosts to Everton. The Seagulls will be looking to make it 3 wins out of 3, whereas visitors Everton will hope to stop that run and instead go back to Merseyside with all 3 points.

Brighton and Hove Albion have enjoyed a wonderful start to the season, winning both their games in the league so far, while also registering a win in the second round of the Carabao Cup. The Seagulls have been dominant in both of their league games, keeping a stronghold on the possession while also creating enough chances. Manager Graham Potter has assembled a well-organized squad and they will be a tough team to beat this season. They look like a regular Premier League side now and will be aiming to finish in the top half of the league table this season. A win over Everton would give them a massive boost heading into the first international break of the season.

There were doubts over how Everton would fare this season, with a new manager in Rafa Benitez. However, the doubts were somewhat put out when Benitez masterminded a comeback win on an opening day against Southampton. The Toffees followed up that win with yet another solid attacking display against Leeds United, twice taking the lead. However, Leeds found the equalizer on both occasions and the game eventually ended in a 2-2 draw.

Everton fans will certainly be happy with the team’s attacking displays, with striker Dominic Calvert-Lewin carrying his form from last season into the new season, scoring twice in two games. Benitez will be relying on that attack once again to get past what is a solid Brighton defence.

Brighton full-back Tariq Lamptey returned to training after being sidelined with a hamstring injury since December 2020. However, Graham Potter said that he will need some more time before he is available to play again, ruling him out of the game against the Toffees. Dan Burn and Joel Veltman are also set to be sidelined with injuries, while striker Neal Maupay suffered a shoulder injury against Watford and had to be taken off before half-time. He remains a huge doubt for the game against Everton. Striker Danny Welbeck is also unavailable for Everton’s visit.

Everton welcomed back Jean Phillip-Gbamin against Huddersfield Town in the Carabao Cup earlier this week. It was the midfielder’s first appearance in 738 days. Midfielders Gylfi Sigurdsson and James Rodriguez continue to be out of the squad. However, other than these two notable absentees, Benitez has a fully-fit squad to choose from.

For the second time in two games, Everton gifted their opposition a goal. It happened against Southampton and it happened again against Leeds United. Both times the guilty party was Michael Keane, who was caught in possession in the first game and suffered a defensive lapse in the second. Everton have had issues with their defence since last season, and have not made any signings to strengthen it this summer. This could be a huge factor in their campaign run and could be the ultimate reason if they were to fail. Again, at Huddersfield Town, the 3-man defence did not look comfortable as they laboured to a 2-1 win.

This will no doubt be a huge point of concern for Benitez, and with the transfer window ending soon, it remains to see if they make any signings to address that issue.

Brighton finally cashing in on their xG?

Last season, Brighton were massively poor in front of goal. The Seagulls dominated almost all games but failed to capitalize on the chances created, and often ended up drawing or losing. xG, i.e., Expected Goals is the metric which measures the quality of chances created and the likelihood of scoring them in a game. Brighton had the seventh-highest xG in the league overall last season but finished 15th in the league in terms of goal scoring. This season, however, it seems the Brighton forwards have become far more clinical, with the Seagulls ranked 9th highest in xG terms after two games, but seventh in the league in scoring, with 4 goals in 2 games.

The Brighton forward line has to continue this form as the season goes on, or we could witness a repeat of last season. Brighton were unlucky in 20/21, and manager Graham Potter will undoubtedly be working on getting more from his strikers in training. With the attack on form, the Seagulls will have more confidence while approaching big games, and the other teams in the league will surely be aware of the same.

Bissouma is Brighton’s midfield general and he commands that area as his own. Having played the full 90 minutes in both games so far, it is clear that Bissouma is indispensable to Graham Potter and his plans for the season. A defensive midfielder by trade, the Mali international has been working on his attacking aspect as well and has continued that this season.

An assist in the win over Watford after a delightful through ball showed his class and why he is crucial to Potter. He is responsible for providing cover for the Brighton defence and has been excellent so far, conceding just one goal so far. His performances have attracted attention from top clubs in England, with Liverpool and Manchester United both interested. However, with the transfer window ending soon, it seems that he will stay with the Seagulls and help them challenge for a top-half finish at the end of the season. As for now, he will be expected to the lineup in the midfield for Brighton against Everton, and his display will be key to thwarting the Everton attack.

The midfielder has enjoyed a good start to the season so far and is thriving under new manager Rafa Benitez. A goal in the first match which was preceded by a brilliant turn and an assist in the second has already seen him get to almost halfway to last year’s tally. Unlike under Ancelotti, the French midfielder has been encouraged to take late runs into the penalty box, something which he did on a regular basis when at Watford.

Doucoure is a key part of the midfield, and looks crucial to Everton’s build play, getting the ball to the wings quickly. He showed his pressing skills in the last game against Leeds United when he pressed Pascal Struijk high up the pitch and won the ball, which then led to the second Everton goal. He seems to be flourishing under Benitez, and his early form suggests there is more to come from the midfielder this season. 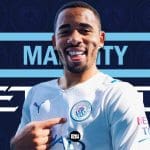 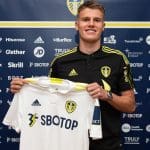