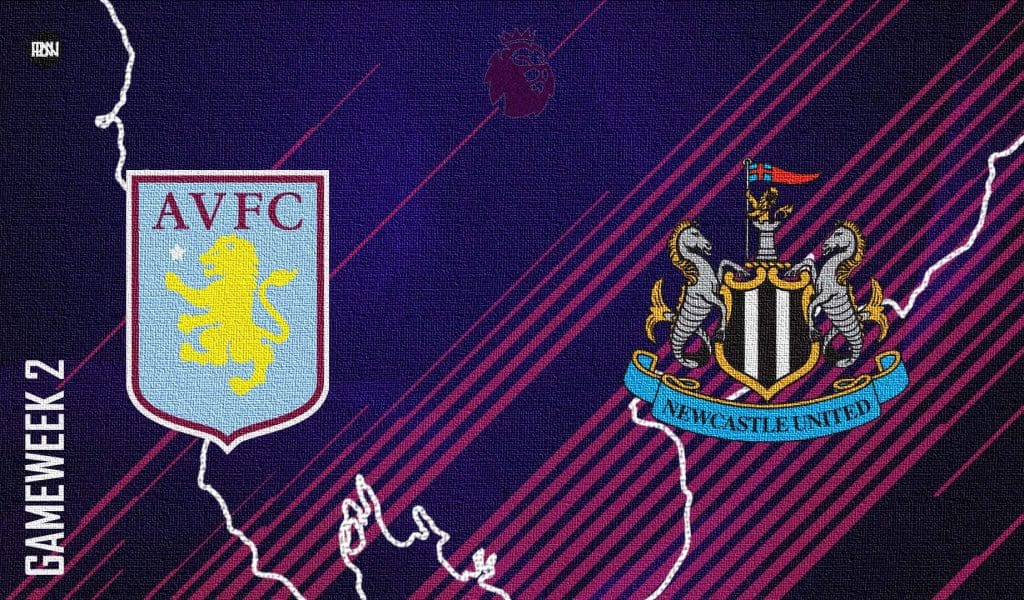 In the second game week of the 2021/22 Premier League season, Aston Villa takes on Newcastle United as both teams look to shake off opening day losses to get their season started. Both clubs suffered stunning losses on the opening day of the new season, with Villa losing 3-2 to newly-promoted Watford at Vicarage Road while Newcastle lost to 2-4 to West Ham United.

With the crowds now allowed back into the stadiums, Aston Villa fans will no doubt be excited to welcome their team back. Aston Villa are now adjusting to life without Jack Grealish and their new era got off to a poor start. The club has invested a huge amount of transfer fee into new signings, and all of them will be expected to help the club into the European spots come to the end of the season.

Manager Dean Smith will be hoping his boys can brush off that opening loss and get the three points against Newcastle on Saturday. Villa have arguably one of the best squads outside of the big six, and the club are now looking to get back to former glory with a European qualification seen as a step in the right direction. As for the game against Newcastle, fans and players alike will be confident of getting a win.

It was a heart-breaking return for the Toon Army back into St. James’ Park after Newcastle United lost to West Ham United. The fans were treated to some excellent football from the home team in the first half but saw a completely different team in the second half as the Magpies squandered a 2-1 lead to concede three goals in the second half. Three points on an opening day would’ve given the club and its fans a lift, with the club facing tough times off the pitch. A lack of signings has left the fans exasperated and a win on Saturday will surely give the fans something to cheer about.

Both teams were poor defensively in their respective matches, and both coaches will be hoping for a better display from their teams come Saturday. Both clubs have very different objectives for the season, with Villa looking for a top-six finish while Newcastle simply hoping to survive another season in the Premier League. Although they have different long-term goals, their short-term goals are the same and that is to get three points at Villa Park. It certainly makes up for an interesting clash and a battle both sets of fans will enjoy.

Aston Villa will be without forward and their last season’s top scorer Ollie Watkins who is expected to be sidelined till 28th August with a knee injury. Along with Watkins, wingers Bertrand Traore and Trezeguet are also ruled out of the clash against Newcastle. Both are set to be out for a few weeks, with Traore said to target a September return date.

Midfielders Douglas Luiz and Morgan Sanson are huge doubts for Saturday and it remains to see if they can pass a late fitness test. New signing Danny Ings, who scored on his debut last week, will be expected to lead the line. Axel Tuanzebe, the young defender, signed for Aston Villa a few days ago on loan from Manchester United and could be named on the bench.

Newcastle will be without veteran midfielder Jonjo Shelvey who is ruled out with a calf injury. The Magpies have had some bad luck in the goalkeeping department with two goalkeepers in Karl Darlow and Martin Dubravka suffering from injuries and ruled out indefinitely. Defender Paul Dummett, like Shelvey, is ruled out with a calf injury as well, with a return date yet to be specified. Newcastle completed a deal for Arsenal’s Joe Willock, and he could well be in line to make his second debut for the club at Villa Park.

The departure of Jack Grealish has undoubtedly left a hole in the Villa lineup, but the club did well to invest his transfer fee with the signings of Buendia, Ings, Bailey, Ashley Young. However, the new signings struggled to hit the ground running in their first game.

Although Ings scored a penalty, he failed to score on the previous few occasions and Buendia failed to create many chances. Buendia who was brought in to fill the creative void left by departure Grealish, did his best to create chances and get back in the game, but was shut down by the Watford defence.

If Villa wants to challenge for the European spots, and continue their progress, the new signings will have to step up soon. Creativity was a glaring issue in the Watford game, and only a few nervy moments for the opposition defence gave them the opportunity to pull it back to 3-2. Manager Dean Smith will be desperate for the new signings to fill the boots of Grealish as soon as possible.

The Toon Army’s return to the stadium did not go to plan, with Newcastle suffering a late defensive collapse that resulted in a 4-2 loss. Leading 2-1 at half-time, Newcastle seemed comfortable, but a calamity at the back saw West Ham score three goals in the second half to give them the 3 points.

Unlike last season, Newcastle played a higher line which made them susceptible to counter-attacks, something that Dean Smith and co. will have noticed. West Ham clearly exploited that high line, with Antonio and Benrahma beating the high line to get behind the Newcastle defense.

Despite playing with 5 at the back, Steve Bruce’s side were horribly exposed and Aston Villa who have the attacking firepower of Ings, El-Ghazi, Buendia, McGinn, and Leon Bailey will also look to take advantage of the same. Unless the Magpies learn from last week’s mistakes, it could be the same story for them yet again at Villa Park.

Aston Villa’s midfield maestro and new vice-captain after the departure of Jack Grealish, McGinn is key to how Villa plays. He makes things tick for the team and is a crucial link between defence and attack. He has the ability to pop up with a goal, as seen against Watford too, and his long-range strikes are a sight to behold. The Scot makes late runs into the box and is adept at finding spaces. He may not be always in the spotlight, but he is a very key player for his team.

Without a doubt, the best player in the Newcastle squad. His trickery and the devilish pace was on show at a full St. James’ Park last week, and the fans were treated to a beautiful moment where he assisted for the first Newcastle goal of the season. He is fast and can dance his way past defenders as apparent in that loss against West Ham. He will be eager to go up against Mings and Konsa who are not particularly known for their pace and will be hoping to take them on. Always a threat when on the ball, Villa will be wary of giving him too much time on the ball.