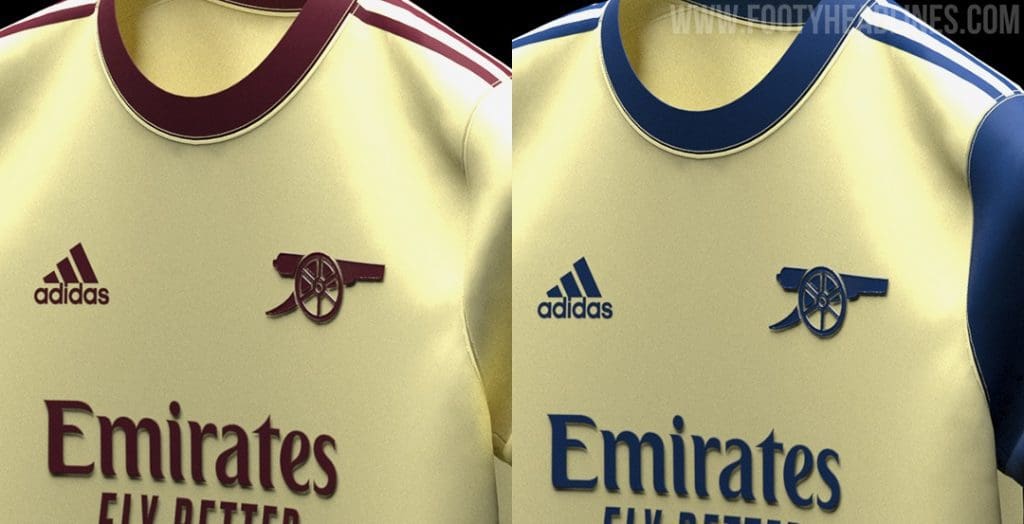 Arsenal’s away kit of the 2021-2022 season is leaked and is assumed to be one of the most alluring kits of next season.

FIFA kit creator user JCRide had created a jersey which we predict to be 40% accurate. And now well-known kit expert @hendocfc has also predicted how Arsenal away kit would look like.

He has created two concepts of the jersey, both with the base of ‘Pearl Citrine‘, with a red/blue application on it. These @hendocfc‘s kits take into account all the leaked information with the jerseys having the famous cannon instead of Arsenal’s club logo. Also, there are other design elements that are fictional on a shirt that is assumed to be having a crew neck collar.

The creator of the shirt says that “[he] only added the contrasting sleeves on the yellow/blue variant as a way to differentiate the two – there’s nothing indicating it but nothing ruling it out either”.

There are a few designs in the jersey which are certain, as confirmed by the ever-reliable Footyheadlines: 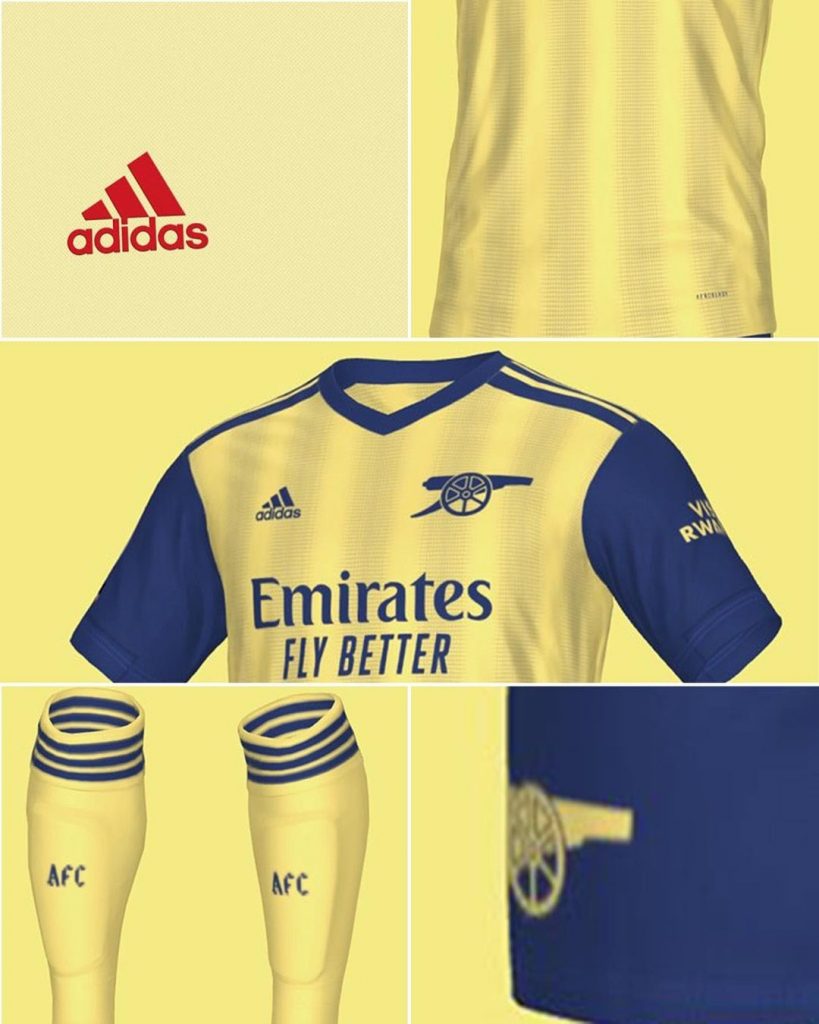 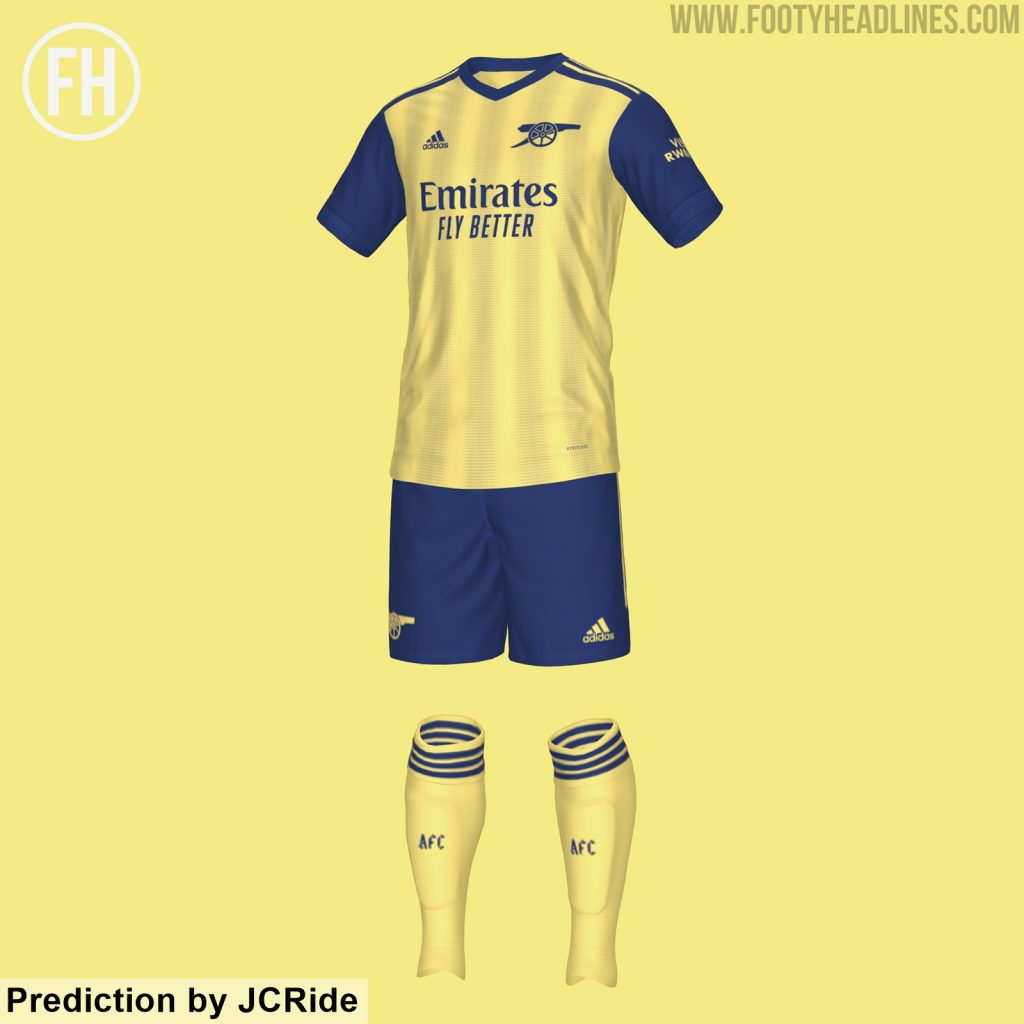 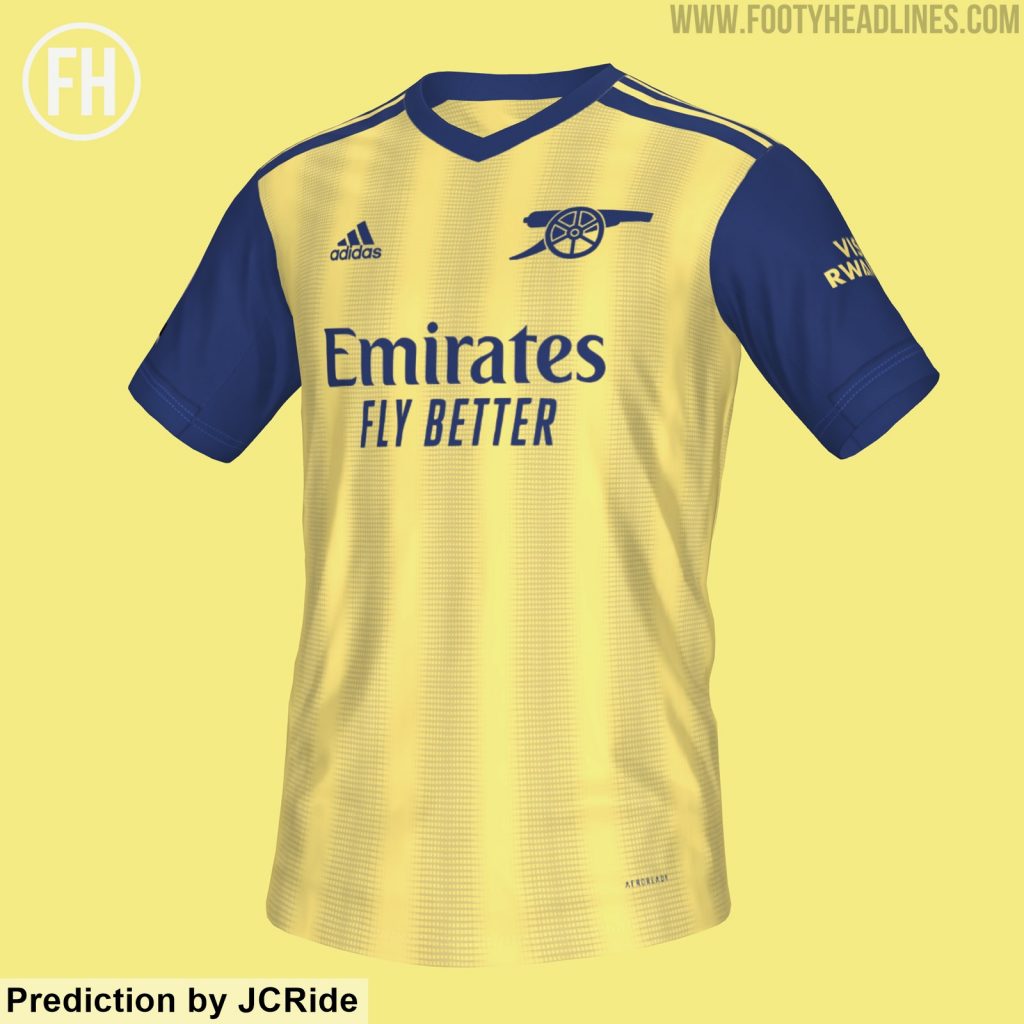 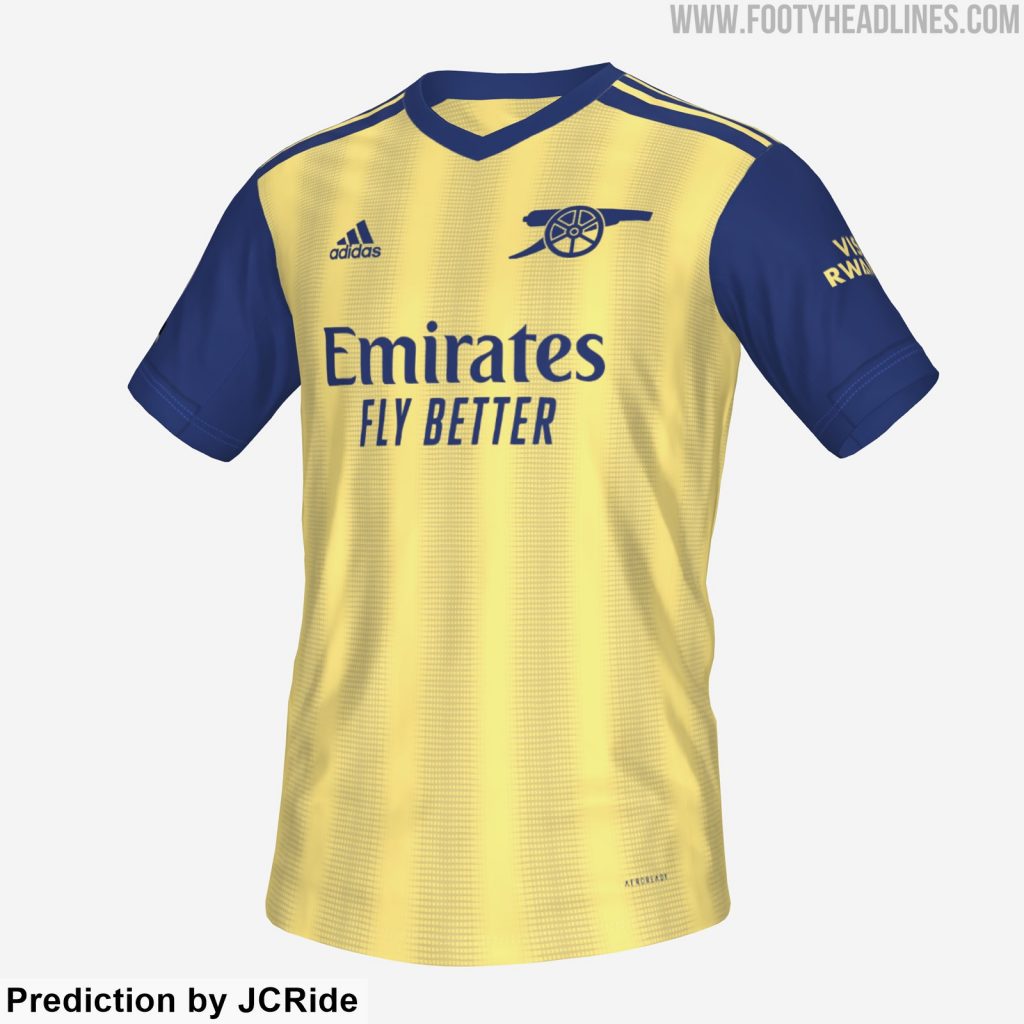 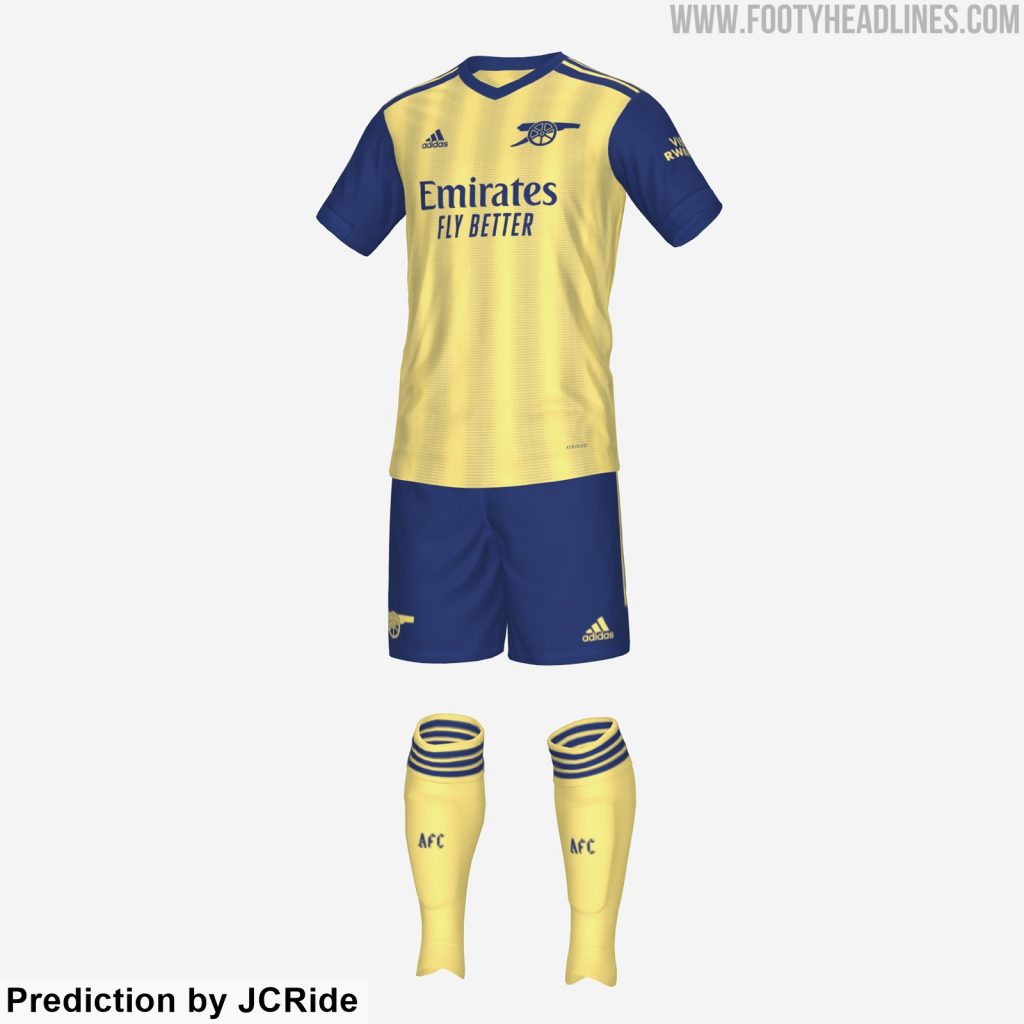 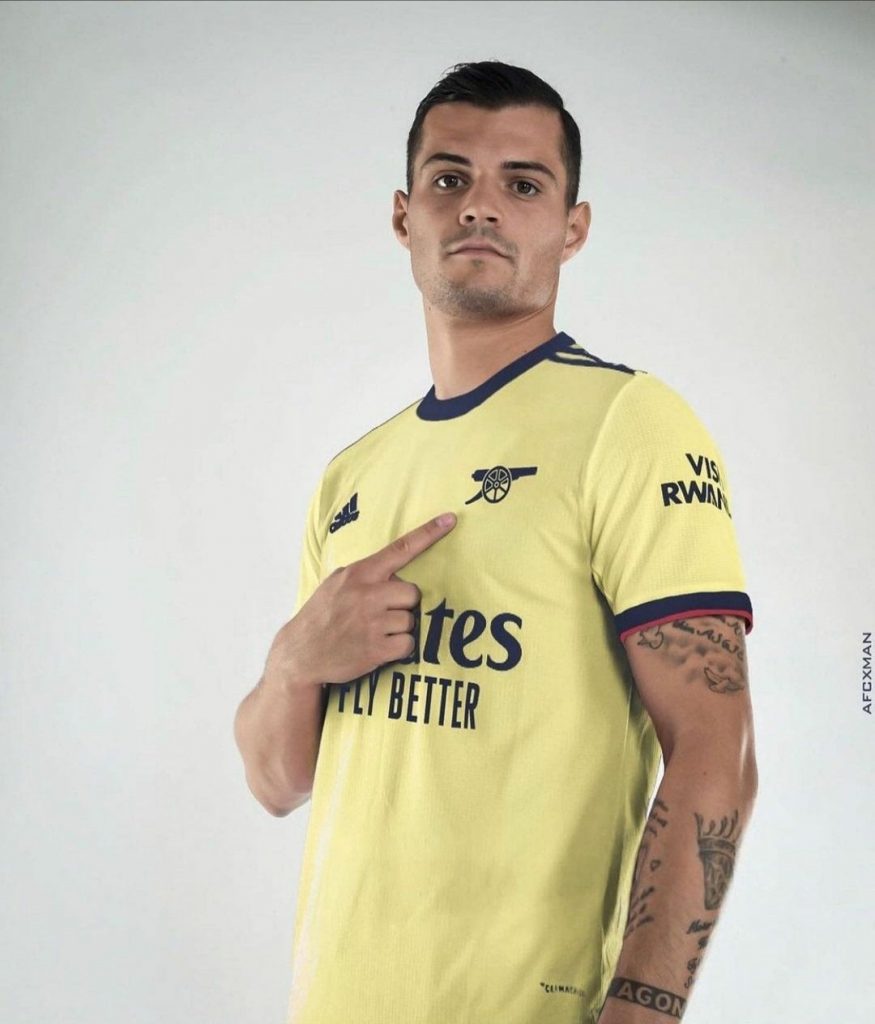 Even though the author of the shirt only assumes it to be 40% accurate, we feel that the actual away kit will be a lot similar to the expected ones. We will soon come to know how accurate this assumed jersey turns out to be in the month of July. And looking at the shirt we all would want it to be atleast 75% similar if not identical.

Now that you all have seen the jersey, do let us know what do you think about the kit and where would you rate it out of all our away shirts.