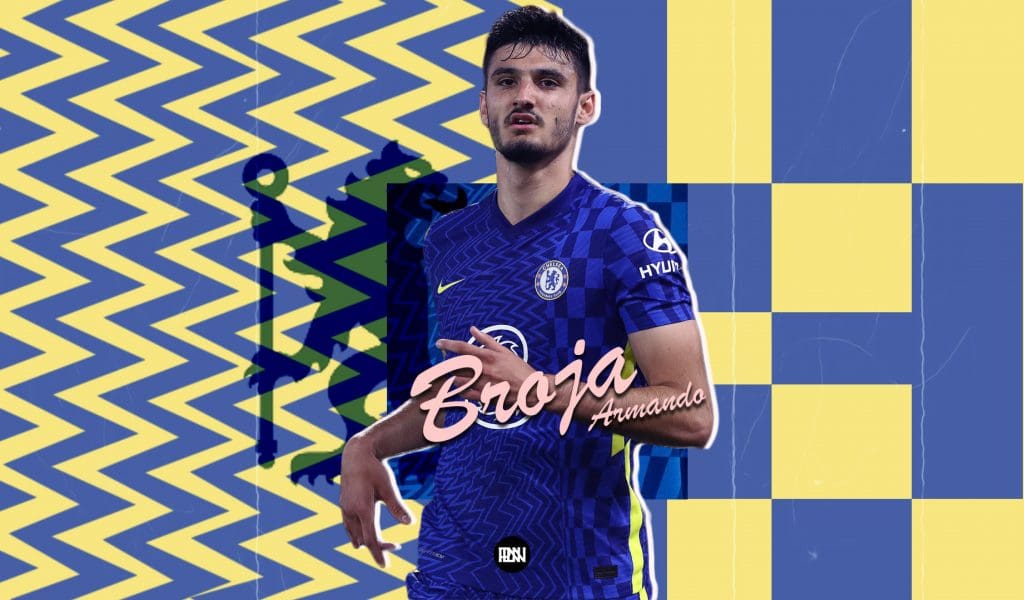 Armando Broja has about but signed for Southampton on loan from Chelsea. The Albian international completed his medical with the Saints after a total agreement was agreed with the Blues – days after he signed a long-term extension with his parent club.

Broja is very highly rated by the Chelsea hierarchy, but the purchase of a big-money forward in Romelu Lukaku means Armando has to take his strides at St Mary’s Stadium where he can develop with much more game time. After impressive pre-season outings for the west London outfit this summer, the 19-year-old had several suitors vying for his signature – most notably Udinese in Italy and Southampton in England.

It was finally Ralph Hassenhüttl’s Southampton who acquired the young forward on a season-long loan, which is about to be Broja’s first spell in the Premier League after spending a season away at Vitesse in the Eredivisie last season. Broja will join fellow Chelsea academy graduates Dynel Simeu and Timo Livramento, both of whom secured permanent moves to the South Coast earlier this summer.

The forward who scored ten league goals and made two assists in the Dutch Eredivisie last season would have particularly big boots to fill – as he would be replacing prolific striker Danny Ings who departed for Aston Villa for a fee of £25m last week. Ings was the club’s main source of attacking output upfront, and the Saints have looked to replace his influence by getting Broja as well as another forward in Adam Armstrong.

Southampton have also agreed on a £15m fee with Championship club Blackburn Rovers to sign Armstrong this week, and it would likely be Armstrong and Broja alongside Shane Long and Che Adams as probable options upfront for the Saints in the coming season.

The mercurial Ings who scored a fourth (12) of Southampton’s total Premier League goals last season (48) will be arduous to replace, but it is precisely the sort of challenge that young Broja needs to develop into a player of top quality – and with regular game time in the Premier League, the Albanian can start finding the back of the net as often as he has done for Thomas Tuchel’s Chelsea team in this summer’s pre-season. The 19-year-old came off the bench to score in successive games against Peterborough United and Bournemouth to mark the inception of his campaign.

Even though Broja primarily showed a top striker’s predatory instinct to be in the right place at the right time to score these goals, his overall game was top-notch too – Broja linked up with his teammates very well and impressed with his hold-up play while playing with his back to goal. Broja’s precocious ability put on display this summer suggested that this is a player who is ready to take his game to the next level – prompting Tuchel and the Chelsea hierarchy to ship him onto a club that will provide him with better opportunities to develop him as a player.

The prospect of getting regular game time sounded like the next step for Broja, and the Blues did not have to look any further than Southampton – as manager Ralph Hassenhüttl is known to prioritize the advent of youth more and more into the first team set-up with every passing season. The former RB Leipzig manager opted to ditch the back three for a 4-4-2 formation last season, with Che Adams and Danny Ings upfront in a two-striker front line.

Broja looks like the natural replacement to Ings alongside Adams, as his hold-up play as a target man and his ability to link up play with his teammates will help a more mobile Adams to play his natural game. Broja will also be able to profit off James Ward-Prowse’s incredible delivery from dead-ball situations, as his tall frame of 1.91m will allow him to be a menace in the opposition’s penalty area all season long.

The young Armenian is tipped to succeed in a loan spell that looks to be perfectly suited for the player, as well as both of the two clubs involved.

While the Saints who desperately need to bolster their goal-scoring numbers after the departure of their talisman will get a clinical centre-forward who has impressed for Chelsea in the youth ranks as well as out on loan, the Blues who see Broja as a part of their future will get back a much more developed player who has racked up appearances and experience in his first taste of the Premier League.

After all, it is the experience that pushes a young player to the next level – and Broja is certain to have that, and more at St Mary’s Stadium.