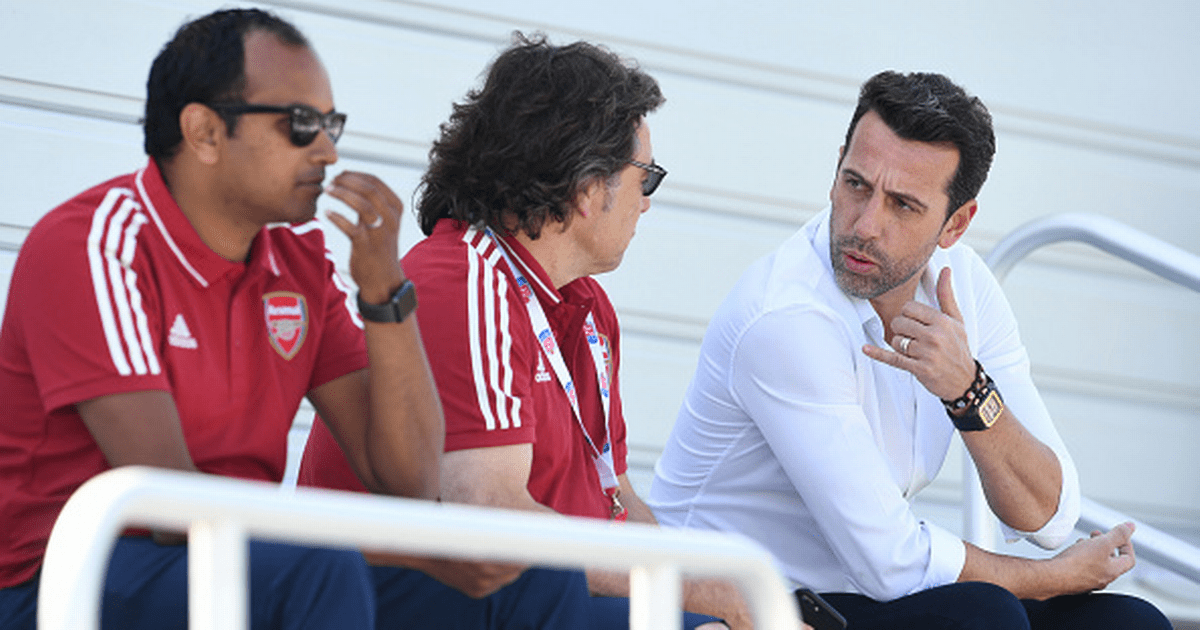 It’s been an absolute mess with what has happened with William Saliba, who is touted as the Kylian Mbappe of defenders, at Arsenal. The 19-year-old has been struggling for even a place on the bench under Mikel Arteta. The Spaniard has clarified on various occasions that he believes Saliba requires more time to adjust to the English game, which seems a reasonable assessment.

However, to have him play at U23 level and failing to register him for the Europa League squad while also not succeeding in arranging a loan move for him has been disappointing, to say the least, on Arteta and Technical director Edu Gaspar’s part.

However, there’s absolutely no way Raul Sanllehi, Arsenal’s former Head of Football, and Unai Emery, former first-team coach, would have let the Saliba situation get this messy. While it’s not a question at Edu and Arteta’s motives though Saliba was an Emery-Sanllehi signing and they surely would have shown more will to prove their investment right.

Same with Sven Mislintat, Arsenal’s former transfer chief, and Matteo Guendouzi. Mislintat would have dealt with the whole spat much better, there’s nothing a young player wants more than having someone who truly believes in him and no one can believe in him more than the man who signed him.

A great example is what Mislintat did for Dinos Mavropanos, he took him under his wings at Stuttgart and one can clearly see Dinos performing at a higher level in a place where he feels wanted and protected. And it seems, Arteta and Edu have failed to create such an environment for Saliba.

This is why chopping and changing aren’t preferred and doing so at both the executive level and the managerial level is disastrous. Right now, Arsenal have players who neither the executive nor the manager believes in. They need to avoid such situations in future at all costs. There needs to be a continuity in the process, otherwise, the Gunners will just end up wasting resources as they’re right now.

The Genius of Ole: Paul Pogba’s Revival
How to get the best out of Dani Ceballos?
To Top