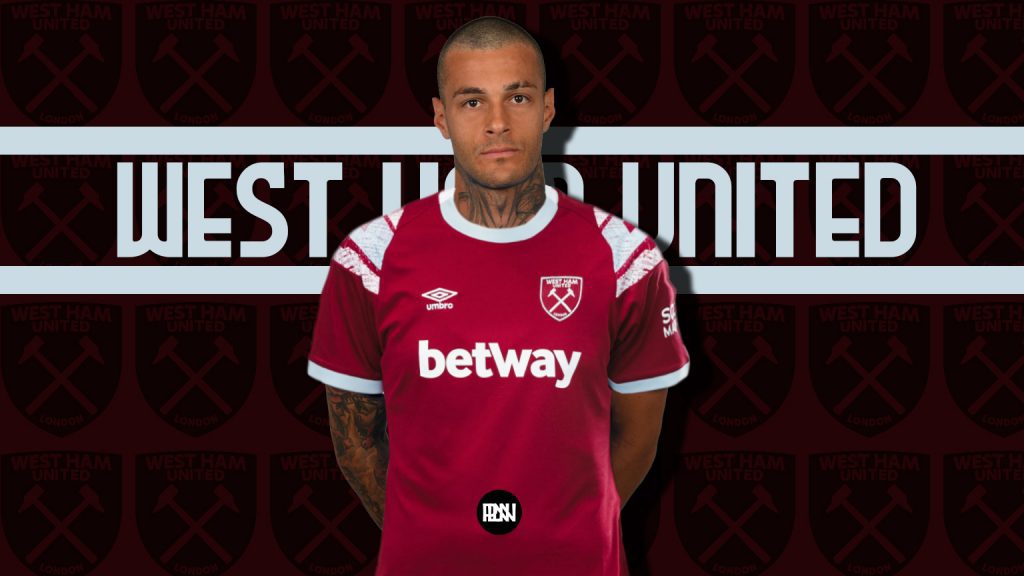 West Ham United are reportedly in talks over a deal for Sassuolo’s Italian international striker Gianluca Scamacca with David Moyes looking to finally add another much needed forward to his ranks at the London Stadium.

Moyes wants to bring in more competition for Michail Antonio up front and has set his sights on high-profile targets this summer.

Paris Saint-Germain are believed to be tracking Scamacca and the Hammers could face a battle to convince him to move to the London Stadium. It’s also been reported that a bid of €50m could be enough for Sassuolo to sell Scamacca.

The Italian is not the only striker on West Ham’s shortlist. They are also interested in Chelsea’s Armando Broja, though a deal for the 20-year-old looks increasingly unlikely, as the Cobham academy graduate joins the club on their pre-season tour of the US.

Both names represent a real signal of intent from Moyes as he looks to build on last season’s tremendous domestic and European success, and certainly, Sassuolo’s incredibly gifted forward Scamacca is a profile that could excite the Hammers faithful.

Born and bred in Rome, it has taken a while for the Italian to apply himself at the senior level. For years, he has excelled at the international level after debuting for Italy’s under-17 side as a 15-year-old.

While he has flourished at the youth level, he had often struggled to translate his dominant performances to the senior club level.

First, Scamacca had a torrid time in the Netherlands with PSV Eindhoven after leaving boyhood club AS Roma as a 16-year-old. His return to Italy with Sassuolo then saw him move on loan to Cremonese in Serie B and PEC Zwolle, where he struggled to play significant minutes.

Eventually, his loan move to Ascoli two seasons ago heralded the long-awaited emergence of Scamacca at the senior level. 13 goals in just under 2,500 minutes in Italy’s second division was a healthy return for a young striker still learning to manage the jump in physicality from youth to senior level.

This campaign, and the season before that has seen the forward take giant steps and improvements in his development and he now looks more and more capable of becoming a physically dominant presence for years to come.

GIANLUCA SCAMACCA: WHAT WILL HE BRING TO WEST HAM?

The days of a lumpy and lanky centre-forward are numbered. However, mobile 6′5″ strikers that possess a dominant athletic profile with a well-rounded – though still developing – technical skillset? Every team can certainly use one of those, and these calibre of forwards are in high demand, not least this silky Italian freight-train.

While his frame, looks and physical features and may scream danger zone in some quarters, he plays with the elegance and beauty that is often associated with the prestigious country that he hails from.

At just 23 years of age and coming off his best season to date – 0.67 goals per ninety minutes played — he appears to be ready for the next step.

It has taken some time for the 23-year-old to settle into senior football. Despite his height as a teenager, he was not physically equipped to deal with the senior demands in the same way a ready-made player like Erling Braut Haaland was during his emergence at Salzburg in 2019.

The former Genoa man isn’t the most explosive like that of the Norwegian talisman, or even Antonio; he is slimmer and more agile.

Physically, the best historical comparison is probably to a young Zlatan Ibrahimović, to whom Scamacca is frequently compared. A comparison of their technical qualities can be made too. Like Ibrahimović, especially when he was younger, Scamacca is capable of being a nuisance to defenders from anywhere in the final third.

He may not have the physical attributes to bulldoze defenders, but he uses his street-smarts, confidence and arrogance to warn them off. A trait strikers in the Premier League certainly need to possess.

He is willing to hit the channels and run wide, play a target man role to hold the ball up for others, drop into attacking midfield to combine, or sit on the shoulder of the last man and wait to burst through for an opportunity on goal.

Scamacca certainly doesn’t confine himself to specific areas of the pitch, he likes to get himself about, confusing his markers as well as creating space for the likes of Domenico Berardi to exploit the areas he vacates. And that could be incredibly useful for the likes of Jarrod Bowen or Pablo Fornals in a Hammers shirt, Scamacca is a perfect foil for quick and creative wingers out-wide.

His hold-up play has developed immensely; once predicated predominantly on his sweet first touch, he is now able to receive more difficult passes in the air while simultaneously using his massive levers to fend off opponents.

The 23-year-old has proven to be an effective decision-maker with his back to goal, not only looking to help his team retain possession but also seeking out avenues that will help drive his team towards the penalty box. This is all underpinned by an under-rated ability to manoeuvre himself with the ball in tight spaces between a crowd of defenders.

As we can see via his season heatmap from SofaScore, while he predominantly operates in the central areas, he is more than able to drop into the midfield areas, or out wide in order to get the ball at his feet.

He holds the spatial awareness, technicality and positional nous to perform as somewhat of a false-nine, dragging defenders about the pitch to become most effective to his team’s play. The Italian is very skilled with the ball at his feet, hence his unique ability to evade tight spots despite his tall and lean frame – an uncommon theme for a striker of his ilk.

For example, he is an effective player to play long balls into, as the ball sticks to him and he is able to then hold the ball, lift his head up and relieve the pressure on his defence.

These are all traits David Moyes loves his strikers to perform, and Scamacca has proven in his first full taste of top-flight football that he can indeed become the all-round complete striker.

Confident strikers are only known for one job, and that’s to score goals. We’ve shown he can perform other roles too, but it’s also vitally important to explain how good he is in front of a goal.

His expected goals per ninety has largely stayed the same from last season (0.45 vs. 0.49) but he has more league goals this season than any other campaign previously with a tremendous 16 to his name.

His goalscoring is improving, and one notable strength of the Roman is the technique he uses to strike the ball. If you need any indication as to how, just check out his two goals against AC Milan if you haven’t already, goals truly reflecting of the unerring quality, elegance and arrogance to which he performs at.

‘Blink and you’ll miss it’ comes to mind for Scamacca’s shooting technique. He is able to put so much strength into a shot with what looks like so little effort. Goals like the one above aren’t just a one-off either, he is often seen trying the impossible and pulls it off more than any normal human should be able to.

Check out his goal against Napoli too, receiving the ball on his chest in a tight area in the penalty box before unleashing an unstoppable volley in the top of the net (2nd goal in the below clip):

This doesn’t mean he doesn’t score more conventional goals, he is able to — as you’d expect from a 6ft5 striker — use his head to great effect, and act as the poacher/off-the-shoulder attacker.

But goals like this only improve Scamacca’s overall game, with the knowledge he can punish you with even an inch of space, defenders can’t afford him any space, which then opens up attacking areas for his talented teammates in Raspadori & Berardi.

Scamacca’s enormous potential is no secret to many of Italy’s biggest clubs, but it is certainly not a surprise to see some of Europe’s other elite sides drawing towards his abilities.

It’s a real shame he won’t be gracing the world stage at the World Cup with Italy later this year after their qualification mishap, because his talents certainly warrant a huge platform.

Though, it would be an incredible pull if David Moyes was to convince the player of a move to the London Stadium as it represents the ideal step up at this stage in his career. Scamacca possesses the presence, arrogance, confidence and self-belief to be a real hit in the Premier League, and with the Hammers embarking on another Europa League campaign, it would be a great first test of European football for the Italian hitman.

The underlying numbers are there, and the improvement can be seen on the pitch. It feels that the hype around the 23-year-old is growing, and sooner rather than later it will explode. Italy needs its next great number nine, and Scamacca has all the tools to be that guy.

MUST READ: Gianluca Scamacca is unique – Here’s WHY! 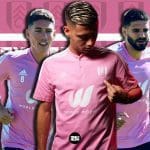 FPL 2022/23 Price Reveals: Whom Should You Target Amongst Fulham’s Assets?
Next Article 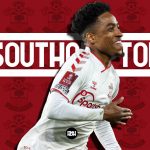 Arsenal or Manchester United – Where does Kyle Walker-Peters fit best amongst both clubs?
Leave a comment