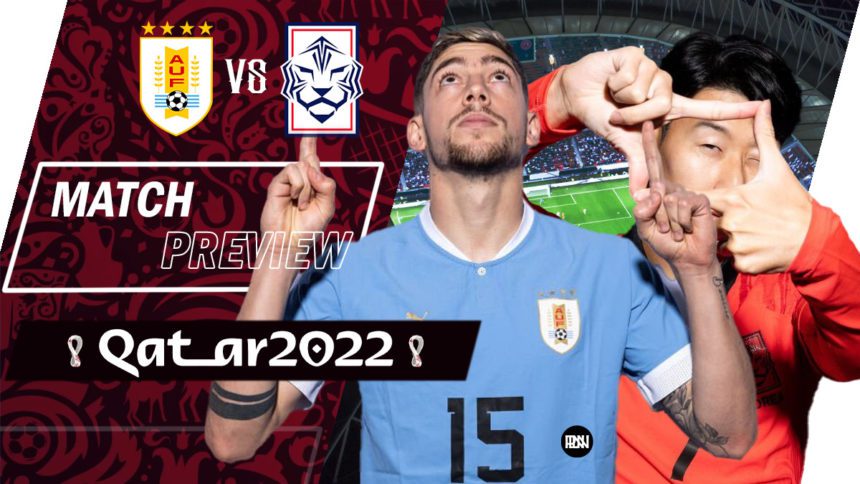 The first round of the 2022 FIFA World Cup has already provided exhilarating games, including an early upset as Saudi Arabia stunned Argentina in the Group C clash earlier. As the games are arriving thick and fast, two-time World Champions Uruguay will face Asian contenders South Korea in what seems like an interesting clash.

Portugal and Uruguay are expected to advance to the knockout stages in Group H, but South Korea and Ghana can undoubtedly cause problems for the favorites. La Celeste boasts a squad of talented individuals, with Luis Suarez and Edinson Cavani preparing for one last dance on the international stage. South Korea, meanwhile, are led by none other than Heung-Min Son, but his injury woes have thrown a few curve balls ahead of the opening game. Uruguay are certainly favorites to win the tie, but South Korea are more than capable of causing trouble.

Uruguay have a host of options to pick from, especially in the forward areas with Darwin Nunez, Luis Suarez, and Edinson Cavani competing for two spots. The latter is expected to be on the bench following a return from injury recently. Barcelona defender Ronald Araujo was named in the squad despite a thigh operation in October, so manager Diego Alonso is not expected to risk him against South Korea. Alonso also has the decision to make in goal between veteran Fernando Muslera and his counterpart Sergio Rochet.

South Korea have a few issues as their star – Son Heung Min was rushed back following a facial injury, and it remains to be seen whether he will be fit to start the opening encounter. In defense, Kim Min-jae, who has had an excellent start to the season with Napoli, will lead the backline alongside Kim Young-gwon.

Alonso replaced Oscar Tabarez just last year and his introduction has seen Uruguay return to stunning form following a host of poor results. Tabarez was instrumental for his country as his 15-year spell came to an end in 2021, but Alonso has further elevated the standards of a side that are tipped as the dark horses of the tournament.

Alonso has found success with a 4-2-2-2 shape, which gets the best out of his attackers. They prefer to have possession but are very direct when required. The wingers tuck inside with the fullbacks wide as Fede Valverde dictates the play from the center of the pitch. Luis Suarez still remains a key figure, although Uruguay now have the experience and youth blended in defense and attack. Alonso also has a strong depth under his armor, so the two-time world champions certainly have the potential go deep into the tournament.

South Korea, meanwhile, play in a 4-2-3-1 under Portuguese manager Paulo Bento, with Son as the centerpiece of the team. They switch to a 3-4-3 shape in possession, with one of the midfielders dropping as the third center-back, which helps the full-backs to advance. Son regularly drops deep from central areas and looks to switch the play or pick out a pass to his striker. They like to maintain possession, and yet struggle to score goals. This could be a problem against bigger teams in the World Cup and moreover, Uruguay will look to expose South Korea’s defensive fragilities in the box.

Darwin Nunez stands out due to his impressive form for Liverpool over the past month or so. His chaotic approach and ability to be in the right place at the right time have been crucial factors for Jurgen Klopp. He might start alongside Luis Suarez as the front two and they complement each other extremely well. Nunez will be leading the line for Uruguay and will hope to replicate his club form on the international stage.

Rodrigo Bentancur is another player who has been a vital part for his club. Conte has played him in a double pivot along with Pierre-Emile Højbjerg at Tottenham Hotspur, but he has been given the license to push forward in recent games. 4 goals and 2 assists, including some important goals have propelled Spurs, and like Nunez, he will be hoping to replicate his form for Uruguay.

For South Korea, it is none other than Heung Min Son. His starting spot is a doubt given his injury, but he has vowed to give his all during the World Cup. Bento has built his team around Son and South Korea will be sweating at the prospect of missing the Premier League’s Asian superstar. 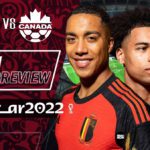 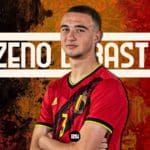