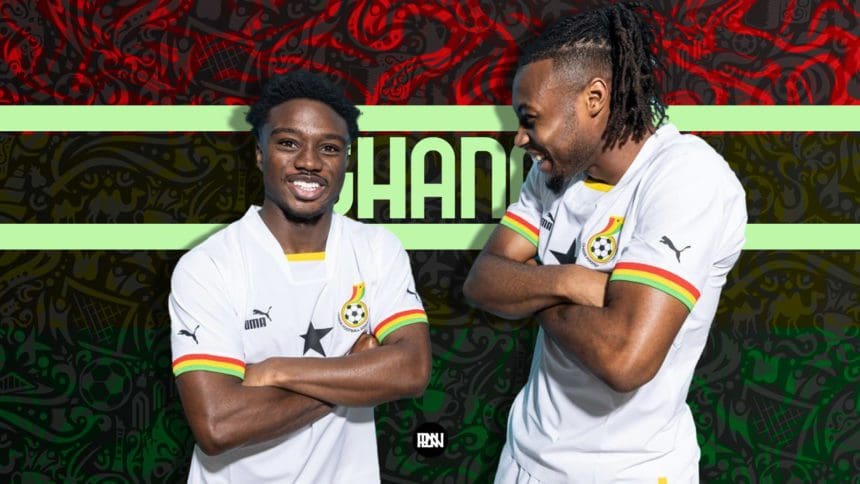 Aside from the England national team, not too many countries get the chance to have Premier League stars in the team. For Ghana, they are one of the few to have such an opportunity and their return to the world stage could be boosted by the presence of these stars.

The Black Stars are making a return to the World Cup after missing out on the last in 2018, which was hosted by Russia. They have been at three World Cups with the 2022 edition in Qatar set to be their fourth.

In their previous participation, the team’s milestone has been the quarterfinal finish in South Africa, losing on penalties to Uruguay after Asamoah Gyan, who once played for Sunderland, had missed a glorious opportunity to take Ghana into the last four.

In this year’s showpiece, the Black Stars will have as many as five players from the Premier League in their squad. Tariq Lamptey (Brighton & Hove Albion), Mohammed Salisu (Southampton), Daniel Amartey (Leicester City), Thomas Partey (Arsenal) and Jordan Ayew (Crystal Palace) are the Premier League players who will be representing Ghana in Qatar.

Except for Lamptey, who continues to adjust to life under Roberto De Zerbi following the departure of Graham Potter, the other four have been regulars for their respective clubs this season.

Out of Leicester’s 15 league games this season, Amartey has been available for 12 and started 10 of them. He has also contributed to five of the club’s clean sheets this term and has been heavily involved in the last five games. At the national team, Amartey is a pillar at the back for the Black Stars and is one of Otto Addo’s key men at the back.

Having played at the highest level with Leicester, the centre-back will be relied upon to make huge strides and bring calmness to the team which will be without their top two goalkeepers — Jojo Wollacott and Richard Ofori.

Salisu was a long chase for the Ghana Football Association before the player made himself available to play for the national team. He had been pursued since his days with Real Valladolid in the Spanish LaLiga but he was unavailable due to reasons best known to him. But after a long chase, Ghana now have their man and the Southampton star looks to have brought a unique quality to the team.

The defender played his maiden game for Ghana in the friendly game against Brazil back in September and also starred against Nicaragua days later. It looks like a new environment but Salisu has fitted in well and was proud to have scored his maiden goal for Ghana in the 2-0 win over Switzerland a few days ago.

Whether in a three-back system or in a four-back system, Mohammed Salisu should get the nod in the starting lineup due to his quality and uniqueness.

Considering his fast feet and vision in the attacking third, Lamptey will also have a lot to give to the national team when they take to Qatar.

Just like Salisu, the Brighton man was also another player who was drafted into the team at the end of the 2021/22 season. He was in Ghana to watch the Africa Cup of Nations qualifier with Madagascar before eventually completing his nationality switch.

There are no doubts about the qualities of Lamptey, who grew up idolising Brazil star Dani Alves. He showed glimpses of his quality against Switzerland & there is optimism that his quick adaptation could go a long way to help the team.

Jordan Ayew is one of only two players in the Ghana squad that have played at the World Cup before — the other being his senior brother — Andre. He has been criticised a lot of times for his lack of goals in the last few years for the national team but we will agree that it has been to the change in his role.

He has played across all three forward positions in recent times while Patrick Vieira has sometimes deployed him as part of a middle three. Whichever way Ghana’s head coach will decide to utilise the son of the maestro Abedi Pele, Jordan stands a chance of playing a key role in Ghana’s journey.

Currently enjoying his best season with Arsenal, Thomas Partey will be looking to have the same impact on the Ghana team at his first World Cup. The player couldn’t be in Russia as Ghana failed to qualify while his goal against Nigeria in Abuja is the reason why the Black Stars will be in Qatar.

Partey’s quality means he plays a different role when he is with the national team. Unlike Arsenal where he plays as the No.6, he has more freedom operating in the No.8 role as there is the presence of players like Salis Abdul Samed and Elisha Owusu.

Take it or leave, Partey has a lot to prove in Qatar and to Ghanaians, who have sometimes picked on the player for not giving his best anytime he plays for the Black Stars.

These aforementioned players will be key for Otto Addo and Ghana if they are to stand a chance of making it out of Group H. Ghana begin their World Cup campaign against Portugal on Thursday, November 24, with games against South Korea and Uruguay to follow.

Everything needs to pass through Granit Xhaka for Switzerland, HERE’S WHY
Next Article

Are Serbia the underdogs to watch out for at World Cup 2022?
Leave a comment