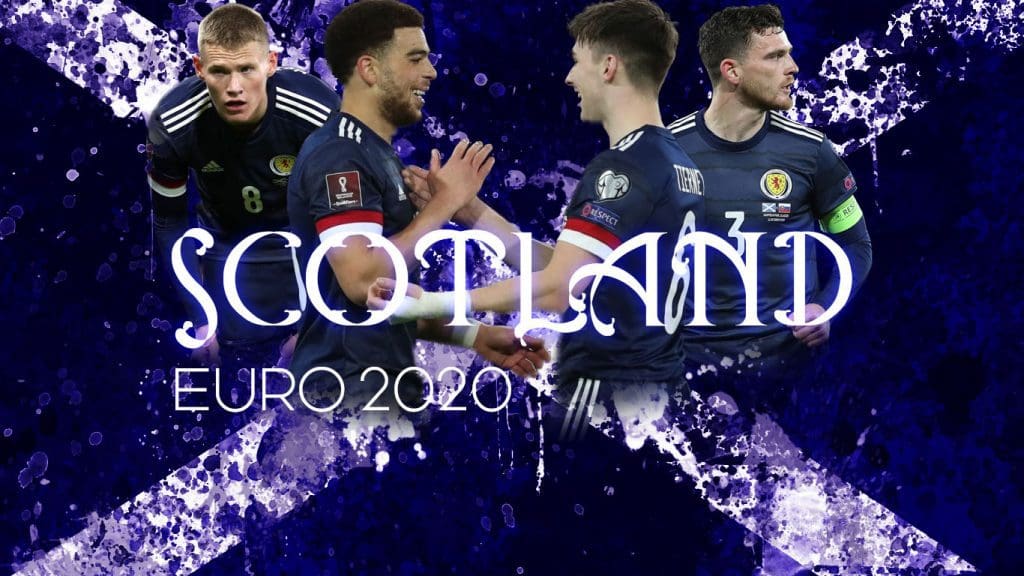 Scotland return to a major international tournament after 23 years in the dark and the Scots are ready to show the world what they are capable of in the upcoming Euro 2020. Scotland last qualified for a major tournament in the 1998 World Cup, when they bowed out in the group stage and have never played in a major tournament since. However, the Scots are now back onto the big stage and with a squad of young and talented players. Manager Steve Clarke, who has worked as assistant manager to Jose Mourinho at Chelsea and Kenny Dalglish at Liverpool. Taking from them, Clarke has built a team full of hardworking players, who are ready to give it their all until the very end.

Scotland have been drawn in Group D with Croatia, Czech Republic and neighbours England. They go into this cup as underdogs, with many predicting England and Croatia to take the top 2 spots and progress to the knockout stages. A third-place finish could see Scotland progress to the next round, although it is not guaranteed with the progression of all third-placed teams in the competition to be determined on their rankings. The Scots could have a home advantage that could give them the edge, with games against Croatia and the Czech Republic set to be played out at Hampden Park in front of a crowd of 12,000.

A football mad country, all Scots were echoing the emotions of Ryan Christie after they qualified when he burst into tears of joy in the post-match interview in Serbia last November. Now, with just under a week to go until the Euros commence, the nation is gearing up to cheer their team on ferociously at Hampden Park. There is an air of excitement around Scotland, that this group of lads could be the ones to lead their nation to a knockout stage of a major international tournament for the first time ever.

In a squad with wonderful gems like Andy Robertson, Kieran Tierney, Scott McTominay and Billy Gilmour, John McGinn will certainly be the one to look out for. The Aston Villa man was the top scorer for Scotland in the qualifiers, and he will look to continue his excellent form in the midfield into the tournament. His high-energy playing style makes the team tick and he is dangerous inside the box. He has a great eye for a pass and can hit the ball excellently from a long way out. While scoring has been an issue for this Scotland team, manager Steve Clarke will be happy with the knowledge that his midfield can pop up with a goal anytime.