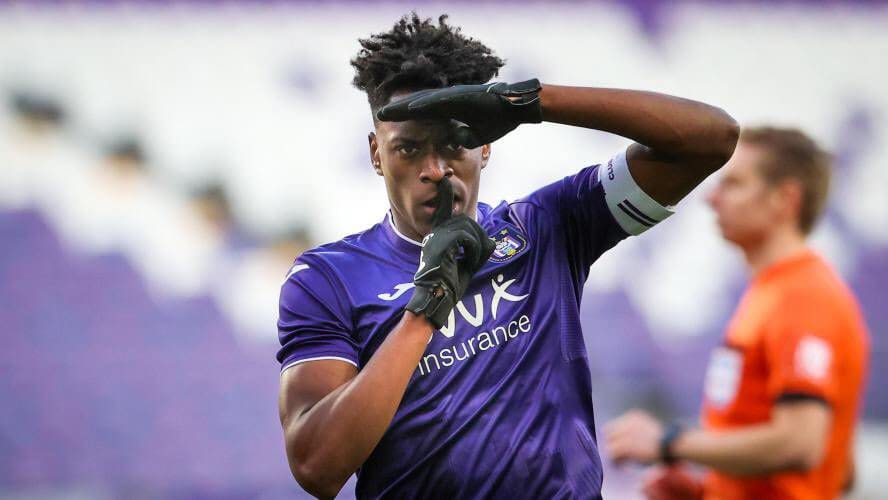 The 20/21 Premier League season showcased the importance of central defensive midfielders this season, with players like Wilfried Ndidi, Fabinho, Kalvin Philipps, Yves Bissouma, and N’Golo Kante becoming the most crucial players in their respective teams.

Arsenal, however, could not boast about the same as their £45 million signing of Thomas Partey did not work out as they would have liked it too. To that end, Yves Bissouma was linked with the Gunners towards the end of the season, but his £35 million valuation does not suit Arsenal’s current budget.

Thus, Arsenal have shifted their attention to RSC Anderlecht midfielder Sambi Lokonga who has been sensational in the Jupiler Pro League (Belgian first division) this season and will be available for a relatively cheaper fee.

One of the best midfielders in the Jupiler Pro League this season, Sambi Lokonga is one of Anderlecht’s very own, and the club hierarchy are delighted with the 21-year-old’s progress. Under head coach Vincent Kompany, Lokonga has taken his game to a new level.

One of Arsenal’s main issues has been the ball progression from central midfield. Lokonga, who has been entrusted at Anderlecht with the job of providing defensive cover as well as progressing the ball up the field, could be an instant hit at Arsenal. Alternatively, Lokonga could also help develop Thomas Partey’s game in the center of the park.

In 33 league appearances this season, Lokonga has averaged 2 interceptions per 90 minutes which shows his importance to the way Anderlecht functions. It must be noted that while Lokonga is brilliant in providing defensive cover to his backline, Anderlecht’s possession-based style does not require a lot of defending on Lokonga’s part.

Thus, Lokonga has developed his style as a deep-lying playmaker, especially mastering the art of playing long balls over the top of the opposition backline. Lokonga is currently averaging 5 long balls per 90 minutes and also has a pass completion rate of 86%.

However, what matters more is that Lokonga is averaging 65 passes per game ensuring that every single attack flows through him while he also controls the tempo of the game. Like Rodri (Man City) and Jorginho (Chelsea), Lokonga has developed the ability of increasing the pace of the game as well as slowing the game down, when his side is up by a couple of goals or to break the opposition’s momentum.

Mikel Arteta wants to create a similar style at Arsenal because he understands that controlling the ball will always guarantee more goals than the other way round. Lokonga will also help Arsenal change formations easily. Given Arsenal’s talent on the wings and in the attacking midfield roles, Lokonga, alongside Thomas Partey, can facilitate Mikel Arteta to play more attacking players in the starting XI.

Sambi Lokonga can provide various solutions to Arsenal’s midfield troubles, while he can also form an incredible partnership alongside Thomas Partey at the base of Arsenal’s midfield. Moreover, given that Lokonga is only 21, he could turn into a world-beater in a couple more years, should Mikel Arteta use the player properly.

Lokonga was asked about his future with Anderlecht last month, and the midfielder insisted that he was ready to make a step up in his career.

“It will all have to become apparent in the coming weeks, but it may well be that I am leaving,” he said. “I feel ready for a higher level, and I am looking forward to it. We shall see. I only go if it concerns a club that is clearly better than Anderlecht. Maybe I am leaving, but at the same time, I am not in a hurry to leave.

“Only if all the ingredients are present, it may be possible to leave.”

Thus, Arsenal will need to act fast before there are other suitors for the midfielder. While there has no been talks of a price tag, Belgian news publication Nieuwsblad have claimed that Anderlecht will be ready to accept offers in the range of £15-20 million.

This is a bargain fee given the defensive midfielder’s talent, and Arsenal will be hoping to seal the deal soon as this fits perfectly into their summer transfer plans as well as their budget. 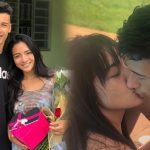 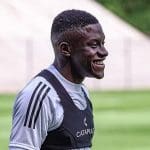 Brighton looking at Jean-Ricner Bellegarde, if Bissouma were to leave
Leave a comment