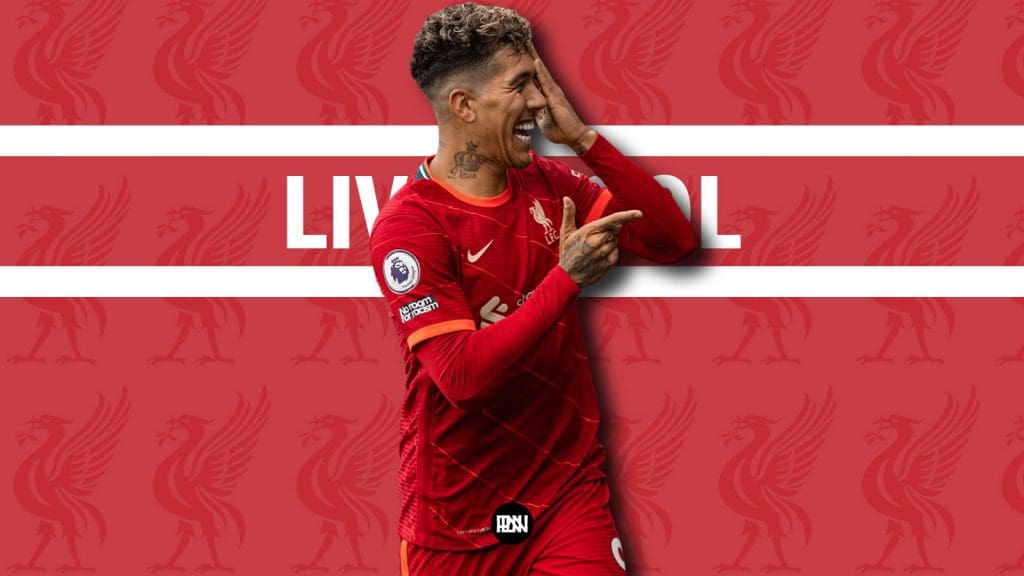 Liverpool forward Roberto Firmino is one such player who does not like to take the center stage. But, likes to take on games through the middle.

Since his move to Anfield in 2015, his efforts have gone unnoticed for the most part of his Liverpudlian career. The Brazilian rose to prominence during his time at the Bundesliga, with Hoffenheim.

Prior to Klopp’s move to Anfield, he was a manager of the Bundesliga outfit, Borussia Dortmund. As a result, the German had witnessed Firmino’s growth, first-hand. On top of that, Klopp fancied the Brazilian to play for his side the season he left for Liverpool, in the summer. Little did he know, that in a matter of 3-4 months he is going to coach him.

But, if we come back to Firmino, I mean there are a lot of fans who still ask the same question – How was Firmino considered as one of the few players to replace Suarez? Well, there is no direct answer to that. Since the Uruguayan’s Liverpool career is still much talked about.

But, the then Liverpool manager – Brendan Rodgers – considered Firmino as a player on the same lines. One of the few players on the list, at the time, who could redo what Suarez did! But did he?

The career-changing move to the Bundesliga

If we keep all the banters aside for a minute, I don’t think there’ll be one football fan who could argue the fact that Liverpool are one of the best teams in Europe. If you start your footballing career, you just do not expect yourself to play in teams like – Barca, Madrid, Manchester City, Bayern, etc – instantly, off of nothing. Unless you are a Messi or a Ronaldo! Roberto Firmino to Liverpool is the best spectacle to that.

The Brazilian international moved to Bundesliga, in 2011. A season later after winning the “Player of the Year” title with Figueirense, a 2nd tier Brazilian team, while also helping them earn a promotion. He was just 19 back then when Hoffenheim sealed the deal for one of the “most wanted” players at the time. Hoffenheim were anxious to sign him, as Firmino’s name was spreading quickly after his heroics for Figueirense.

It was easy to observe his rise through the ranks in the Bundesliga. The 19-year-old was beginning to set his mark in the team. He soon got his reward for the development he was showing in the training. Roberto Firmino got his debut goal, 2 months after signing for the German club. He soon gained a high reputation at the club, and even amongst his new teammates. What happened hence is just the birth of one of the best Brazilian attacking midfielders, to play the sport.

The two seasons that got Firmino the ticket to Anfield

However, the highlight of Firmino’s time at Hoffenheim remains the two consecutive seasons. The 13/14 & subsequently the 1. The Brazilian just broke all the records during the period of these two years. Not just that, he caught the eye of top European clubs – including his current club, Liverpool.

Firmino scored a whopping 22 goals, and further assisted 16 to his teammates in just 37 games across all competitions, in the 2013/14 season, for Hoffenheim. During the time, he developed into one of the most fierce attacking midfielders in the Bundesliga. And he was only growing from there. Just not looking back.

The next season, which also became his last for the German club, was another season in a Hoffenheim shirt that Roberto Firmino might not forget. 22 goals contributed in just 36 games, across all competitions. Earning him the titles of “The ever reliant Brazilian”. That season led to the move to Anfield.

Little did the Brazilian wonder man know that he is about to become so attached to the fans and the Reds around the world!

From Roberto to Bobby

In the summer of 2015, Roberto Firmino shifted his base from Germany to England. While the move was much appreciated by the faithful, Liverpool’s performances were not on par with their usual level. But, given the situation around him, Firmino was still performing at his usual best level.

The games were passing by and Brendan Rodgers’ sacking was inevitably nearing. And it did happen. On October 4, 2015, The Reds sacked Brendan Rodgers. Meanwhile, 4 days later they also announced the appointment of the gegenpress genius Jurgen Klopp, from Dortmund.

The appointment of the German raised eyebrows for Firmino. There were speculations made that the Brazilian international cannot fit in Klopp’s scheme of things. But, it was not to be.

Rather Jurgen Klopp – the mastermind he is – found a whole new position for Roberto Firmino. A false 9. And not only that, he became one of the key players for Jurgen Klopp & Liverpool in the years to come. Roberto Firmino finished that season with 11 apiece on goals and assists, across all the competitions. These performances in the Red outfit earned him the nickname of Bobby amongst the Reds’ faithful.

In the coming seasons when Klopp and Liverpool signed the deals for Sadio Mane and Mohamed Salah, to the surprise of many Bobby formed a formidable partnership with the two. To this date, the trio of Salah, Mane & Firmino is feared.

While Liverpool’s UCL charge & subsequently the Premier League title-winning campaigns are just linked to Salah and Mane’s or the team’s great performance, people forget the importance of Bobby Firmino’s contributions.

Why ‘Bobby’ Firmino is one of the best, to play in his position?

It is true that Firmino does not score too many goals. It usually comes from other sources, like Salah or Mane for example. But, the game leading to the goal – the build-up – is where Firmino just outclasses everyone.  Although, the Brazilian international is more of a second striker or attacking midfielder. But he opens the door for his teammates to dig deep into the opposition’s half, by dropping deep into his own half and driving the play from thereon.

He has been doing that since Klopp handed him the False no. 9 role! Though, it has been more prevalent this season.

His place in the squad might have come under scrutiny, given Diogo Jota’s inclusion. However, Klopp cannot ignore the fact how strongly Bobby has performed, whenever he has asked one of the most experienced campaigners to put on his boots and run the show. This season was supposed to be Firmino’s one of the mediocre seasons. Instead, the Brazilian has already contributed 12 goals in just 24 games, across all competitions.

Not just this, people & pundits alike forget to talk about Bobby’s heroics while Salah and Mane were out on national duties in the AFCON. It just disappears amongst Jota’s goal-scoring streak. But, if you will analyze those games you will see how Brazilian contributed during that period. His work rate. Build-up play. And even his vision. Everything was on point.

The Kopites greeted Bobby in their own way, every time that he did hit the ground running- with the infamous chant.