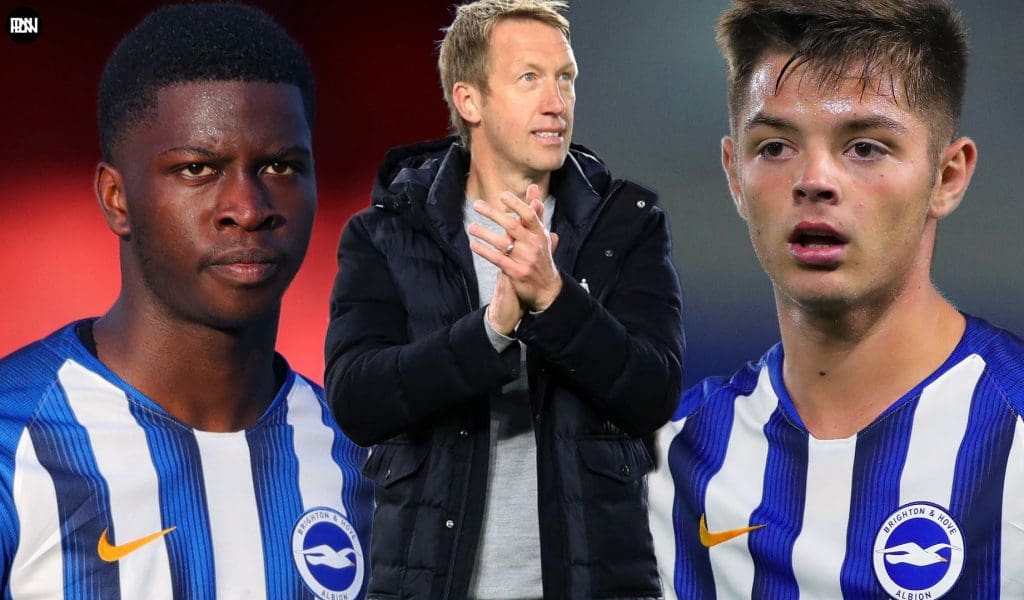 Brighton & Hove Albion have started their first team training a week ago, and the Seagulls are set to play their first game of the pre-season on July 24th against Scottish Champions Rangers.

Graham Potter’s side played a lot of attractive football last season, and they will be sure to continue to do so this season as they have a lot of exciting youth talent at the club.

So, let us take a look at the players to look out for during Brighton’s 2021/22 pre-season campaign:

A Manchester City academy graduate, Taylor Richards made a name for himself in City’s U-23 squad in the 2018/19 season as he made 15 appearances in the Premier League 2, as well as 5 in the UEFA Youth League and 4 in the EFL Trophy. Richards ended the season with an impressive 10 goals from 29 appearances in all competitions, and he became one of the fiercest midfielders at the club’s academy.

Soon, Richards made the move to Brighton in 2019 for £2.5 million and joined the club’s U-23 side as a 19-year-old. He made 19 appearances in all competitions as an attacking midfielder and contributed to 9 goals in the process. However, the coaches felt that Richards would need time at a Championship or League 1 club before he joins the senior team at Brighton. Thus, Richards moved to Doncaster Rovers last season, and the 20-year-old really impressed as he made 48 appearances in all competitions, one of the highest made by a player at the club last season.

He also managed to contribute to 16 goals in all competitions and was called back for Brighton’s 21/22 pre-season campaign. Richards has shown that he can create, shoot from long distances while he can also run faster than most players at the club. Brighton suffered for creativity last season as they scored the 5th least goals in the Premier League (40). While their position in the table corresponded with that, Graham Potter wants to aim higher for next season as he knows that his side can certainly do more and has the quality to become a club that finishes in the top half of the table.

Taylor Richards can play a monumental role in that process, and if the youngster impresses the gaffer during this pre-season campaign, it could go a long way in making the senior squad for the upcoming season.

The younger brother of Wolves midfielder, Leander, Lars Dendoncker became the 2nd boy in the family tree to represent a Premier League club when he joined Brighton & Hove Albion last season from Club Brugge’s youth side on a free transfer. A talented centre-back, Lars joined Brighton’s U-23 side on arrival and went on to make 18 appearances in all competitions.

Strong, fast, and astutely aware, the 20-year-old made quite an impact in the Premier League 2, and Graham Potter has been impressed with the player’s development. With Ben White subject to a move this summer, Brighton need reinforcements in the centre-back area, and Dendoncker will be sure to make a case to the manager that he could be the player to do so. While there is no certainty on whether he will start all the games, he will be sure to make the bench, and given the substitutions rule during pre-season games, he will surely receive considerable game-time over the next 3 weeks.

This could be the youngster’s chance to show the coaches and Graham Potter that he is the real deal and could seamlessly replace Ben White at the club.

James Furlong joined Brighton in 2019 from Irish club Shamrock Rovers and slotted into the U-18 squad of the Seagulls. However, he quickly moved up the ladder and impressed the U-18 coaches with his ability to move up and down the left flank seamlessly. Thus, he joined the club’s U-23 squad last season and went on to make 18 appearances in all competitions.

A player very similar to Andy Robertson at Liverpool, James Furlong has the ability and the stamina to tirelessly run up and down the pitch, while he can defend better than most players in the Brighton setup. His crossing ability was developed to quite an extent in the U-23 side, while he also became more aware in defence. His pass completion rate rose from 69% in 2019 to 84% last season as he learnt how to pass in tight spaces and the two-touch method (one to control the ball and the next one to pass it). Furlong’s lung-bursting runs were extremely fruitful to the development squad, courtesy of which Graham Potter has called the player to the club’s pre-season camp.

Given that Brighton already operate with a wing-back system, it would facilitate Furlong quite a bit as he excels in bombing up and down the wing. Additionally, Jakub Moder, who is currently occupying the left wing-back role at the club, could use some competition, while Furlong could also be the long-term heir to the left-back role at the club, although Moder is also relatively young. However, Furlong will now have to impress Graham Potter in pre-season first, but given his abilities, it would be harsh to not start the Irishman in most games.

Probably the most experienced of the bunch, Leo Ostigard is one of the best centre-backs Brighton have signed in recent times, and it was no wonder that the Seagulls had to pay £9.25 million to secure his services from Molde in 2018. Ostigard was still not a finished product at the time, courtesy of which he joined second-tier German club St. Pauli on a loan move to hone his skills. He got better and better, but his form peaked last season with Championship side Coventry City as the centre-back made 40 appearances in all competitions.

Not only that, but Ostigard also managed to contribute to 5 goals due to his aerial presence in set pieces. This was also the reason why Ostigard was averaging 5 aerial duels per 90 minutes last season. His concentration and level of awareness in the backline also convinced Coventry to secure his services permanently, however, Brighton did not budge and have retained his services for this season.

He will be sure to impress Graham Potter during this pre-season, and should starting centre-back Ben White leave the club this summer, Leo Ostigard will certainly be knocking on the door for an opportunity next season. He is seasoned, developed, and ready to go, and it is only a matter of time before Graham Potter realizes the 21-year-old’s potential.

While there are several more players like Sam Packham, Reda Khadra, and Tom McGill, who are also in line to impress Graham Potter during this pre-season campaign, the aforementioned 4 players will be worth having a look at as they have the potential and abilities to not only start for the senior team but also become the best players at the club in the future.