Manchester United legend Paul Scholes has revealed that United almost signed Ronaldinho in 2003. Ronaldinho attracted a lot of suitors after an amazing World Cup 2002 campaign with Brazil. Though he chose to stay at PSG for one more season and was very close to a switch to Premier League.

“Ferguson had him inside. The club was already preparing for the presentation and there was already a jersey number ready for him, but I think he changed his mind at the last minute and chose Barcelona,​” says Scholes.

“It was really crazy because I remember that we were all very enthusiastic.” 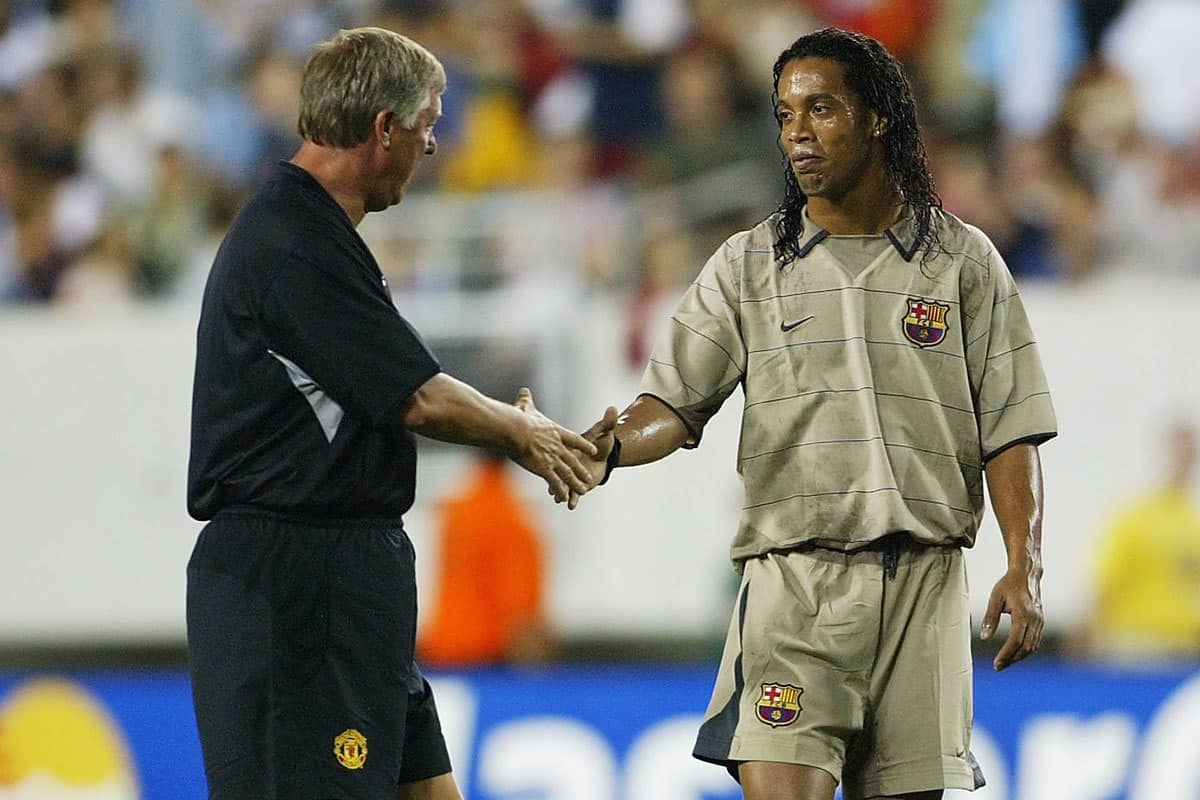 “Ronaldinho, what a player! We were all happy to play with him, he would add something special to our team. A bit similar to what Eric Cantona unleashed. But he did not come and a few days later we played a practice match against Barcelona. Then we all tried to kick him because he didn’t sign for us.”

However, Ronaldinho joined Barcelona on a five-year-deal and the rest is history. Manchester United even offered Fabian Barthez to PSG as part of their offer but still, the transfer failed. Even Sir Alex Ferguson went to Paris in an attempt to sign the Brazilian but PSG president was unimpressed with United’s tactics and called them out for negotiating directly with the player behind the club’s back.

At Barcelona, Ronaldino won two La Liga titles, two Super Copas and the UEFA Champions League in 2005-06. He also won the FIFA World Player of the Year consecutively in 2004 and 2005. He was also awarded the Balon d’Or in 2005. In five seasons, Ronaldinho scored over 70 goals for the Catalans in 145 appearances.