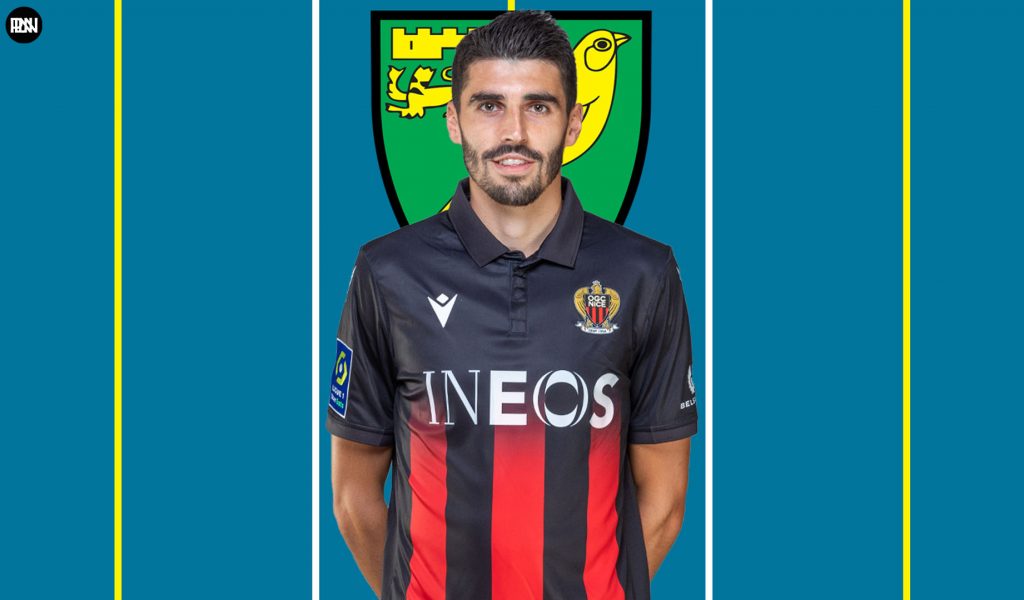 Norwich had a torrid 19/20 season in the Premier League and were relegated back to the Championship after just one season. However, they had a stellar 20/21 season in the Championship, and their displays were enough to secure their promotion back to the Premier League, and this time, the Canaries are hoping to learn from past mistakes and have a much better season back in the top-flight of English football.

Norwich City needs a strong squad if they are to survive in the Premier League, and keeping that in mind, manager Daniel Farke has already signed a few players and is on the verge of signing a few more. One of the names on its way to join the Canaries is that of French midfielder Pierre Lees-Melou.

Pierre Lees-Melou is primarily a central midfielder, but can also play as a defensive midfielder, a right midfielder, or as a 10. He has made 140 appearances for Nice, scoring 18 goals and assisting 16. Before Nice, the Frenchman played for Dijon, having a particularly good second season for the club in 2016-17, which persuaded the Nice manager to sign him.

However, the 28-year-old has not had a very impressive career at Nice, but it seems he has caught the eye of Norwich’s coaching staff, and Farke believes he could be a good fit for the club. Norwich who have already added quality young signings like Billy Gilmour and Milot Rashica now have added a bit of experience in the form of Lees-Melou. With Alex Tettey, Mario Vrancic, and Moritz Leitner all leaving the club this summer, it is no surprise that Farke is looking for midfielders to fill the voids.

WHAT CAN HE BRING TO THE TEAM?

Lees-Melou is expected to play as a box-to-box midfielder, a role he played for Nice as well. With Norwich City playing the 4-2-3-1 formation, the Frenchman could fill the role that Oliver Skipp played last season. With Billy Gilmour also in the squad, there will certainly be a healthy competition for the two midfield positions. Lees-Melou has an excellent vision and is very good on the ball. He can play on the flanks and his movement has the potential to cause all sorts of trouble amongst opposition defenders.

A very classy player, Lees-Melou is focused on the ball and can play line-breaking passes, which could bode well for the Norwich City striker Teemu Pukki. He could take some time adjusting to life in the Premier League, but he has the ability to become an underrated star at Norwich City.