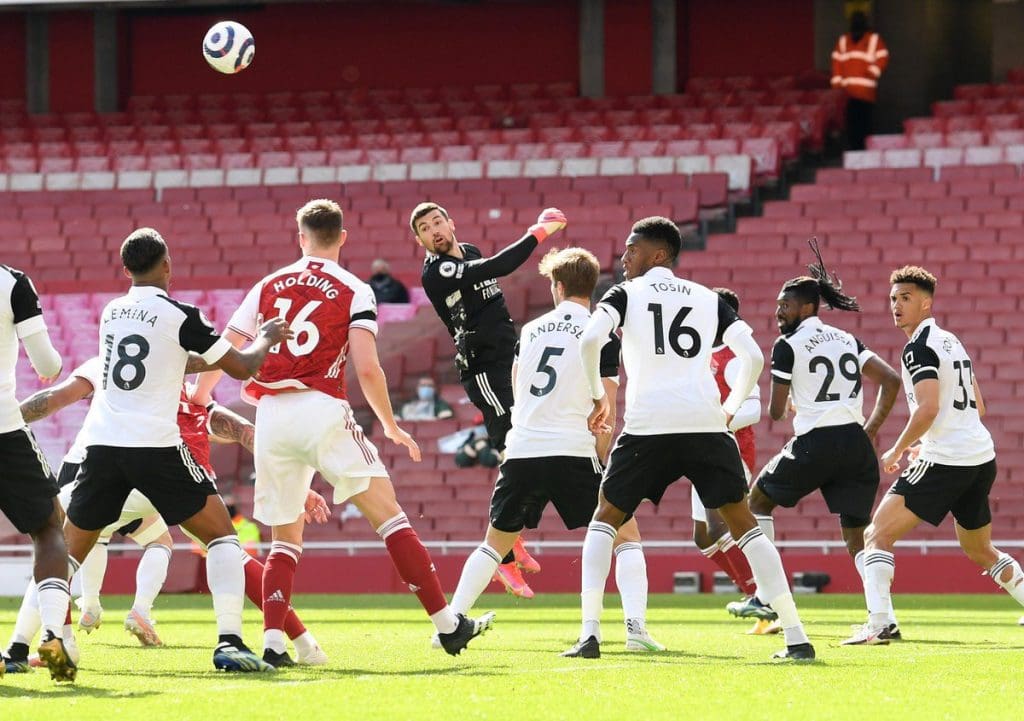 Ever since the departure of Emiliano Martinez to fellow Premier League outfit Aston Villa, Arsenal have been struggling for a dependable backup goalkeeper for their German No.1 Bernd Leno. They tried to fix the issue by signing Mat Ryan from Brighton & Hove Albion in the January transfer window after he was demoted to the bench by Graham Potter with Robert Sanchez taking up his spot as the No.1 for the Seagulls.

While Mat Ryan hasn’t got many opportunities at Arsenal, he did start between the posts for the Gunners against the relegation-threatened Fulham. In this article, I look at three phases of play which highlighted Ryan’s contributions and how it was different for Bernd Leno.

In the below image, with Arsenal struggling to play out from the back due to Fulham’s impressive press, Mat Ryan is quick to help out his defenders by stepping out and in the process creating a +1 advantage over Fulham. While even Leno gets involved in the build quite often though he doesn’t take up as aggressive positions as Ryan has here. 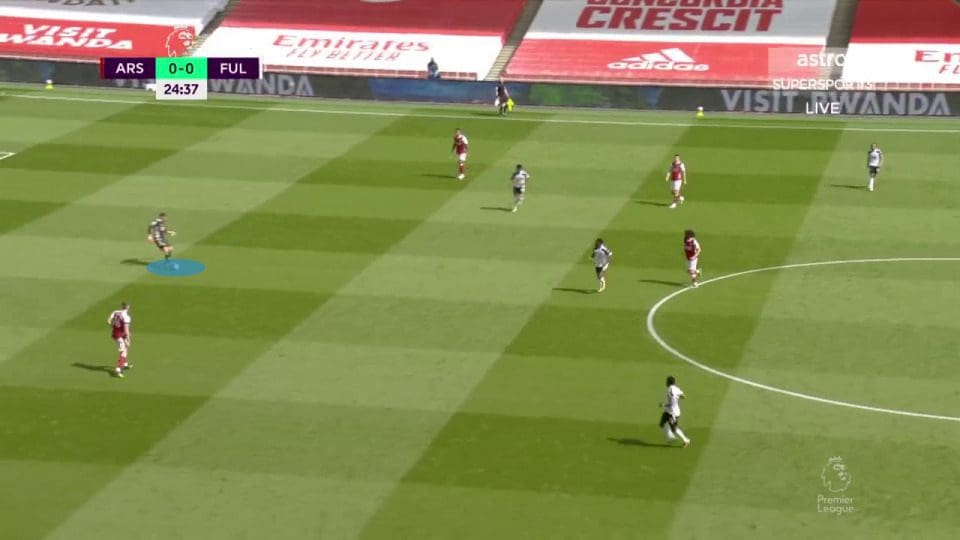 Watching below, Arsenal were playing in Fulham’s half for the most part of this particular move, though when clearance is hit behind Arsenal’s high backline, Ryan’s aggressive positioning once again helps them in quickly recycling possession. 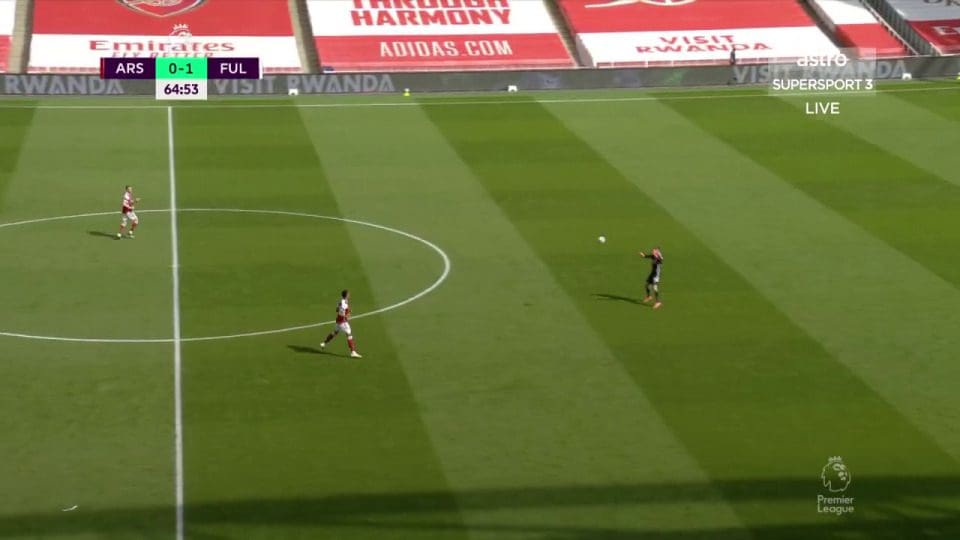 In the snapshot below, Fulham are able to win back possession in Arsenal’s half and played in Josh Maja with a ball behind Rob Holding, Arsenal’s last outfield player back, it could have got tricky for Holding but Ryan was again quick to come out and clear the danger.

And finally, a moment which summed up Mat Ryan’s character and his performance in the match, he was gutsy and desperate to do well. The Arsenal goalkeeper joins the attack and rises the highest to flick on Saka’s ball, which proved to be influential in our equalizing goal. 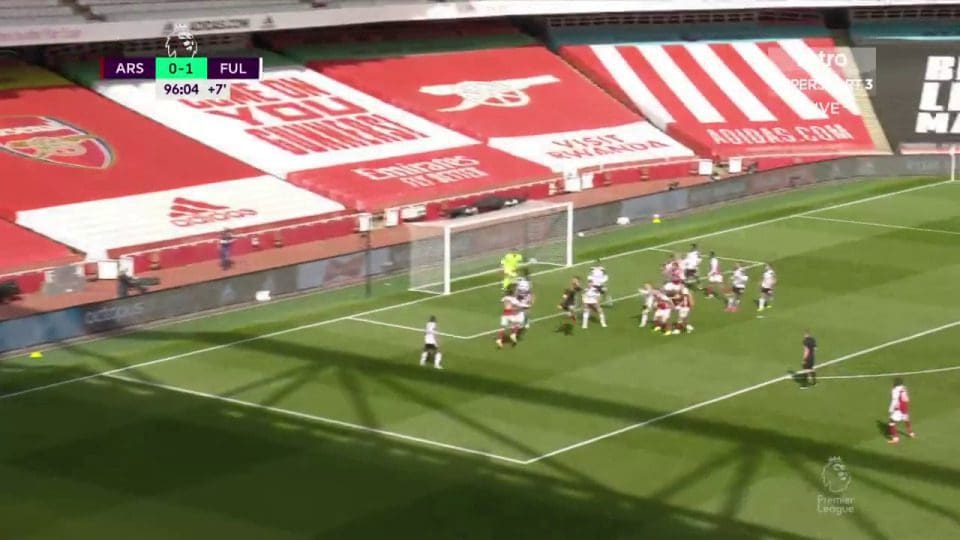 While it is difficult to see Mat Ryan disposing of Bernd Leno from the No.1 spot, however, as Arsenal would have learned last season, injuries to the first-team goalkeeper could create a huge issue, and having a decent backup goalkeeper could be priceless and from the little, we have seen of Mat Ryan at Arsenal, he seems like a worthy back-up.