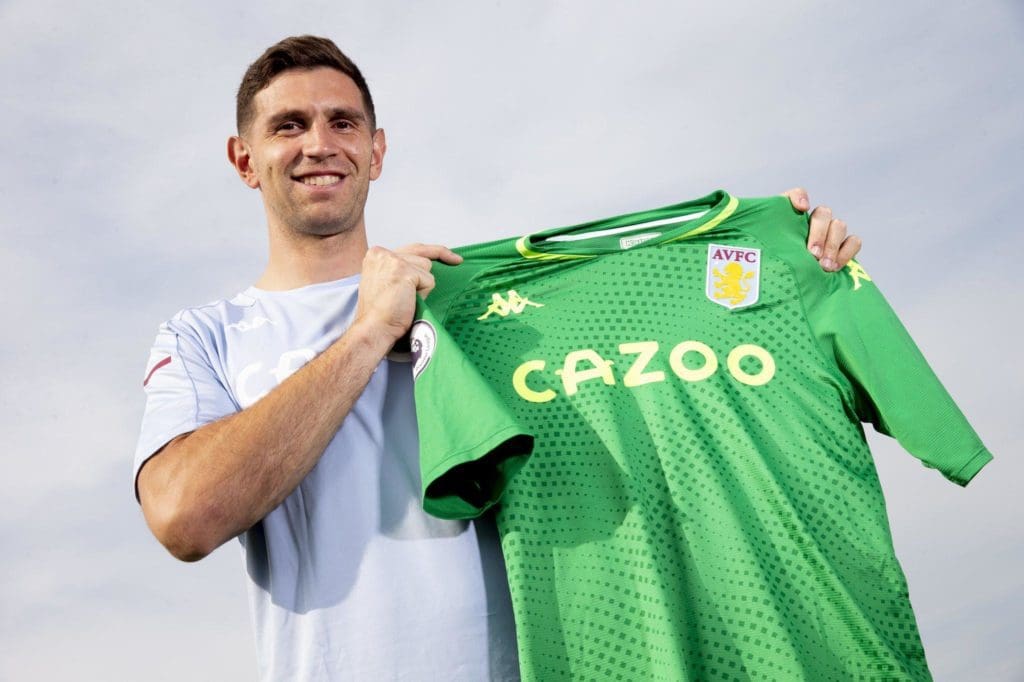 Aston Villa have the confirmed the much awaited move of Emi Martinez for a reported fee of £20m ($25m) from Arsenal.

The Argentine goalkeeper desire to play regular first team football had left Arsenal no option but sell him to their Premier League rivals.

Emi rose to fans attention after putting up excellent displays for the Gunners when the club’s No.1 Brend Leno was out of action after sustaining an injury against Brighton. He helped the side win a historic 14th FA Cup defeating Chelsea at Wembley back in August and the Community Shield against Liverpool at start of the 2020-21 season.

But with Leno return Mikel Arteta chose to keep the German International for the long term future thus forcing Emi to evaluate his options away from the club.

Villa have confirmed Martinez has signed a four deal with them and is expected takeover the reins from Ørjan Nyland. Manager Dean Smith was pleased with signing saying,

Manager Dean Smith said: “We are really pleased with the signing of our new goalkeeper Emiliano Martinez. We know how highly Arsenal rated him and we watched his outstanding performances last season in a trophy-winning top side. We moved for Emi when we saw the opportunity, as it is rare to be able to buy a top-class goalkeeper who hasn’t yet reached their peak age and who can therefore be a key player for our club for the long term.”