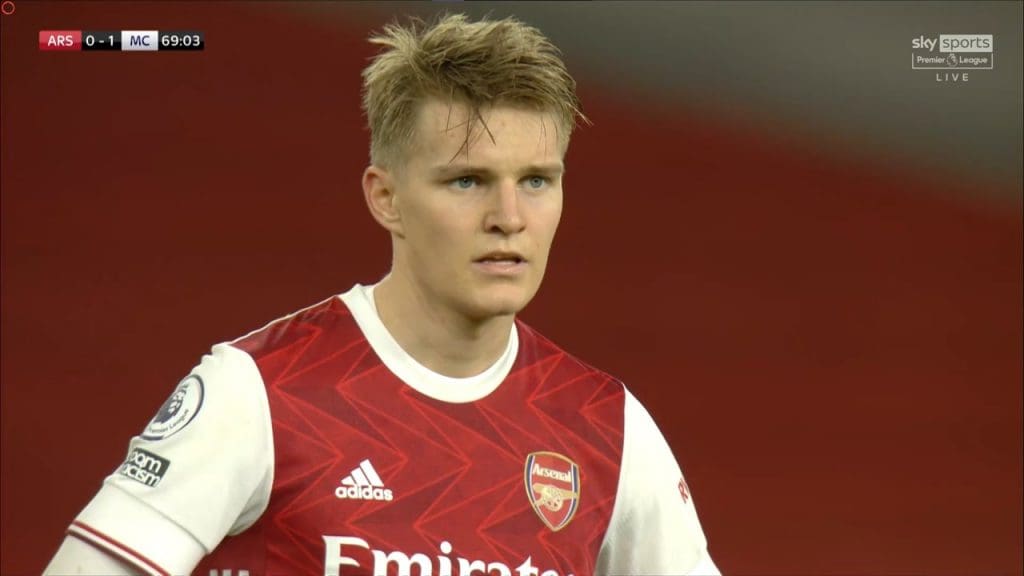 When Mikel Arteta was appointed as Arsenal manager in December 2019, expectations were rife, as Arteta was previously the assistant and close aide of Pep Guardiola at Manchester City, the team that was and currently still plays the best football in the country. While fans always knew it would take time to build a legacy and to build a team, nobody knew the formula to it.

Arsenal had been a mediocre team since Arsene Wenger left the Emirates after more than 20 years at the helm, and the club lacked an identity. Unai Emery was a diplomatic coach while interim manager Freddie Ljungberg was out of his depth for as little time as he was appointed. With Arteta, there was always a plan, a process and an identity to be achieved and there were a lot of signs for it, the biggest coming towards the business end of the last season as Arsenal finished the season winning the FA Cup, defeating the likes of Manchester City and Chelsea in their road to victory.

The Gunners continued their good form into the start of this season as they defeated Liverpool in the Community Shield final over penalties, while they also won 3 out of their first 4 games into the new season. However, there was a lack of attacking football and Arteta was relying heavily on a back 5 and eventually, this led to a horrible 3 months for Arteta, as the Gunners picked up only 1 win out of 10 games from the 17th of October to Christmas.

Since then, victories have come and gone and it has been a mixed display by the Gunners, but one player has reformed the attack in recent times and it is the Norwegian wizard, Martin Odegaard, who Arsenal brought to the Emirates less than 2 months ago on a loan deal from Real Madrid.

Mikel Arteta always wanted Arsenal to play attacking football and rekindle the prime years of Arsene Wenger at Arsenal. While Pierre-Emerick Aubameyang, Alexandre Lacazette and Bukayo Saka have contributed their fair share of goal contributions to this team, Martin Odegaard is providing something completely different.

It is the promise and the potential that Odegaard offers that Arteta needs to be ready to invest in this summer. Fast attackers have come and gone in the Premier League, but, composure on the ball is a rare quality and it cannot be taught. David Silva at Manchester City and Moussa Dembele at Tottenham Hotspur are the standout names when you think about players who can control a game and have the composure to hold on to a ball effortlessly. It is these aspects that Odegaard is showcasing which are currently not going unnoticed by Arsenal fans.

Mikel Arteta always planned on playing a 4-2-3-1 with a creative midfielder behind the striker and two workhorses as wingers. He is finally achieving that now with Odegaard playing behind the central striker.

Real Sociedad was a huge learning curve for the Norwegian and now he is putting his learnings to good use with the Gunners. Understanding when to release the ball, making timed runs into the box, playing a perfectly weighted pass- these qualities come from having a deep understanding of the game and Odegaard is certainly somebody who has one.

Lacazette for a long time found it hard to function in a two-striker formation or in a 4-3-3 set-up where he had to make the most of whatever came through the center. Mesut Ozil was somebody who understood the game-plan under Arsene Wenger and proved fruitful for Lacazette but lost the plot with the managers who followed the Frenchman.

Odegaard now provides Arteta with a high-intensity creative midfield operator who can dribble, provide timely through balls and have everything go through him. All the striker has to do is come up with the goals and Lacazette looks like he is finally enjoying his football again. The wingers at Arsenal always had a hard time post, Wenger, as whoever followed Alexis Sanchez couldn’t fit the bill because the Chilean was exemplary in his time at the Emirates and it put a lot of pressure on the wingers who had to replace him when he left in 2018.

With Odegaard, the wingers do not have to bear the pressure of creativity anymore, as the Norwegian makes the ball tick every single time Arsenal are driving ahead. The former Real Madrid starlet also has a habit of not losing the ball and this quality forces Arteta to play Odegaard whenever he is fit because he is a huge asset to the team when the team needs to gain control of the ball and the game.

Legendary Arsenal striker, Ian Wright had a lot of good things on his Wrighty House Podcast about the Norwegian as he urged Arsenal to activate the midfielder’s purchase option this summer of €e50 million – “Watching Odegaard play for Arsenal, I’m so happy and I’m so sad. Simply because when you look at Odegaard’s contribution, and I was thinking this with the West Ham game, it’s going to be different, he’s got [Thomas] Soucek and [Declan] Rice. He’s going to be playing in that area where he has got some real ballers with him, and I said before the game, I want to see how he does, and not only does he excel, we go 3-0 down, and the man is literally just showing up.

“On the half-turn, his quick thinking, his passes, as soon as he gets it, he already knows what he’s doing. We have to find a way to sign him. I don’t know how it’s going to happen. He’s the one. For him to come to the Premier League, we’re talking about a guy who looks very slight but he doesn’t get himself in that traffic and trouble.

“He did a move the other day where he got the ball on his left foot and he’s coming back towards his own goal, then he turned sharply on his left foot and went back around West Ham’s box and passed it to the right. You’re thinking that’s the quality and composure Arsenal need. Arteta must be on the sideline thinking, ‘oh my god, this is what I need, this is the guy.

“His contract runs out in 2023 with Madrid, we’re going through a spell where there’s not a lot of money about, Madrid needs money, if [Zinedine] Zidane stays there can you see him putting Odegaard in his team? You’re thinking to yourself if he carries on playing like he is because we’re looking at [Luka] Modric and [Toni] Kroos and they’re going to have to get replaced by someone at some stage now.

“Whether that’s Odegaard or they might sell Odegaard to finance getting somebody else. When you look at him, this is serious business with Odegaard, this is a player we need, and I don’t know how they’re going to do that. For me, I think £45m to £50m, even though we’re talking about someone who’s been on loan to Holland, Spain and now here, he’s played a handful of games but he looks so impressive.

“You have to pray, the Arsenal fan base have to put it out into the ether, the energy and the good vibes, to make it happen because he is needed.”

These are huge words from a man who was key to Arsenal’s success in the ’90s and the early 2000s under Wenger and Mikel Arteta will surely be seeing the same things from the Norwegian’s performances.

It is crucial that Arsenal see out the Odegaard deal this summer to strengthen this position for their starting line-up next season, as Odegaard could solve Arsenal’s creativity constraint for years to come and Mikel Arteta could certainly build a good team around the 22-year-old.

Who will win the Premier League Golden Glove this season?
Manchester United home kit for 2021/22 season LEAKED!
To Top