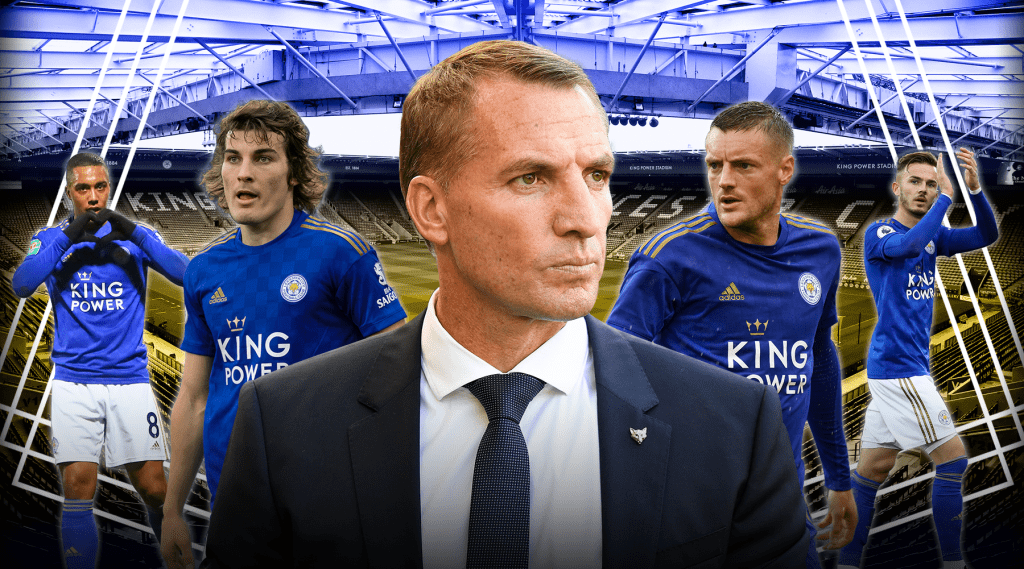 49 points in 25 Premier League games this season, all but secured to go into the Round of 16 of the Europa League, Manchester United are having a pretty great season and Ole Gunnar Solskjaer deserves some credit for it. However, these stats do not hold only for Manchester United.

Leicester City also occupies joint second place in the Premier League, while they are also very much in contention for going into the round of 16 of the Europa League.

THEN WHY HAVE LEICESTER NOT BEEN GIVEN THE SAME PRAISE AND CREDIT?

The answer to this is simple and it is the perspective that most people have of the ‘traditional’ Top six in England. For far too long, the ‘traditional’ top six have been given way more credit than your ‘lesser’ teams and Leicester has been a victim of this. The idea that Leicester City winning the Premier League in 2015/16 was ‘miraculous’ is a little insulting to the Foxes as they pretty much defeated every team in the land and their victory towards the title was just like any other team’s road to winning the league.

Then some ideologies point towards the fact that a lot of Leicester’s players outperformed and it was a ‘freak’ season for a lot of them. Here, lies the main problem. It would hurt the very ego of the big clubs to accept the fact that a team that got promoted only a year ago, came and conquered the league, and did so by not spending as many millions as a team of the traditional top six would win the league. The main reason why Leicester won the league was incredible man-management, and utilizing the key aspects of a lot of the players to the point and letting players like Jamie Vardy, Riyad Mahrez, and N’golo Kante do what they do best. But every Premier League winning team have won by the same formula, utilizing the key aspects of a lot of players that suit their formation and letting their best players do what they do best.

Here we are in the 2020/21 season and Leicester still does not get enough credit for performing the way they perform. They have been better defensively than Manchester United this season and it can be argued that Leicester has performed better even in an attacking sense if it wasn’t for Manchester United’s 9-0 thumping of Southampton earlier this month.

MUST READ: Ivan Toney: The Brentford striker Leicester City are keen on

Manchester United were knocked out of their Champions League group, albeit a tough one but it can be argued that they did bottle it after their impressive start in the group stage games. Leicester City on the other hand finished top of their group in the Europa League as they scored 14 goals while conceding a measly 5 goals.

The problem with this is that if the tables were turned and Manchester United had finished top of their Europa League group, the pundits would have been ecstatic and would have widely credit Ole Gunnar Solskjaer for this. Brendan Rodgers does not even get half the credit the Norwegian gets, with Rodgers assembling a much cheaper squad while also getting the best out of players like Harvey Barnes, Soyuncu, Ricardo Pereira, or helping players like Tielemans and Wesley Fofana adjust seamlessly to the Premier League.

WHY SHOULD LEICESTER BE GIVEN MORE PRAISE THAN MOST TEAMS FROM THE TRADITIONAL TOP 6?

What Leicester has been good at ever since they have been promoted to the Premier League is their excellent eye in the transfer market and selling their marquee talent at exorbitant prices. Leicester managed to sell a player like Danny Drinkwater to Chelsea for €35 million while they also sold Riyad Mahrez for 60 million and replaced the Algerian’s creativity by bringing in 22-year-old James Maddison for only €20 million. This is an ingenious business in a shrewd transfer market, a place where a team like Arsenal went on and bought Nicolas Pepe for $74 million who has not provided a return on his investment as of yet. However, the biggest coup that Leicester managed on pulling off was selling Harry Maguire for €80 million to Manchester United and replacing him with Caglar Soyuncu, somebody who was on Leicester’s bench during the previous season before the mammoth transfer occurred.

Under Brendan Rodgers, Leicester City has hit a new high as they narrowly missed out on the Top 4 of the Premier League last season while they surely look as frontrunners to secure a spot this season in the Champions League slots.

It looks highly likely that at least 2-3 teams of the Traditional Top 6 will not finish in the Top 6 this year and England needs to start taking notice and abolish the mindset of a traditional top 6 because if recent seasons are any evidence, moreover the current season, the Premier League table has been incredibly unpredictable and we are living in an era where any team can beat any other team’ in the Premier League.

MUST WATCH: How Brendan Rodgers is Building a Mini-Man City at Leicester City

Leeds United vs Southampton: Preview | Premier League 2020/21
Liverpool’s need for a proper number 9 is now more evident than ever
To Top