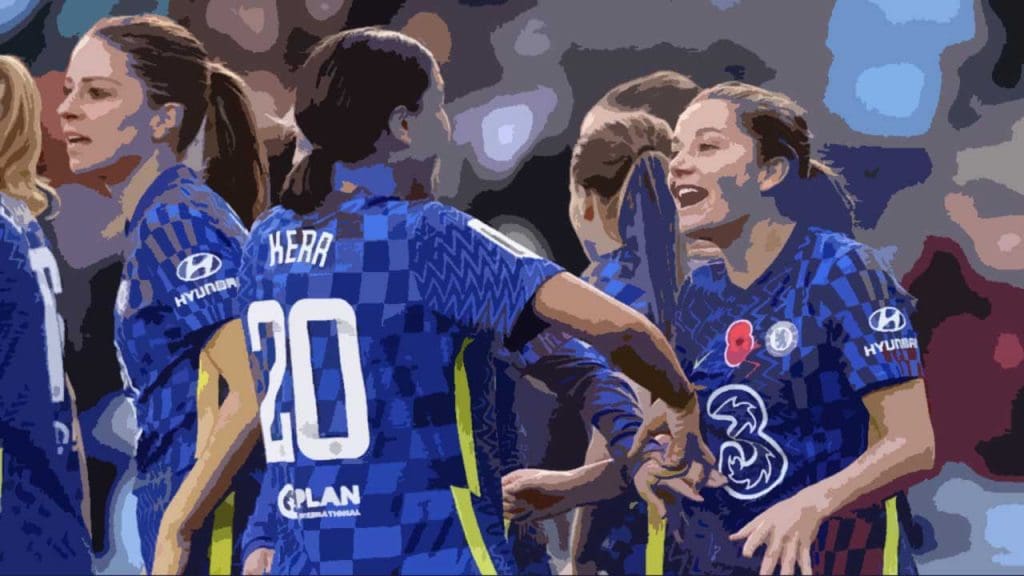 Manchester City Women were battling for a win over the Blues, after Chelsea Women beat them 3-0 in the FA Cup semi-final. However, after City’s poor start to the season, that was always going to be a tough ask against a side as strong as Chelsea’s. Chelsea were going into the match with a ten match unbeaten run, but that could all end against a team with Man City’s quality. So, what happened? Find out below.

Man City had been embarrassed 5-0 by their title rivals Arsenal Women earlier in the season, and didn’t want to fare any worse against Chelsea. The Citizens have only won twice in the WSL this season, and because they were favoured to win the league, that’s not good at all. There wasn’t a single change from Gareth Taylor, as he begins to find his preferred eleven.

Chelsea were looking to make it 11 in their unbeaten run after their previous was destroyed by title rivals Arsenal earlier this season. Since then, the Blues have won 7-0, 6-1, and 4-0 on two separate occasions. Only 2 changes for the Blues from the side that thrashed Servette, with the main one being Ji’s return at Spence’s expense.

Chelsea started the match quickly, with their first goal coming in the opening 2 minutes. Fleming swiftly took the ball off of City’s defence and calmly slotted home the opener! 1-0 Chelsea.

Kerr was still ready for her goal even after scoring a brace and getting two assists against Servette. Ji crossed in a deep ball from the left flank, Reiten pulled it back for Kerr to bundle beyond the stunned Benameur. It made such a difference that it was just before halftime as that completely overwhelmed the Citizens.

It was a difficult first half for Manchester City, as Chelsea played as they always do, which is so difficult to stop. The Blues have played off the park today, and most importantly, they’ve been decisive and clinical, and Manchester City haven’t. Despite that, it was Chelsea making the substitution, with Sophie Ingle stepping onto the field with Ji coming off it.

Only 7 minutes into the first half, and Chelsea came out like the Citizens should’ve. The Blues continued to dominate a lackluster Manchester City side, and this time it was Fran Kirby on the end of it. Kirby curled a beauty into the box and it creeped in at the far post. It’s one of those that she’ll say was a shot instead of a cross, but it was a damn good goal nonetheless.

Just 3 minutes after Fran Kirby’s goal, Magdalena Eriksson added another. Cuthbert whipped in a delightful cross from a corner for the skipper to direct into the back of the net with a header. 4-0 Chelsea.

It was a quality performance for Chelsea, but surprisingly, Man City were actually comparable statistically. They had 2 less shots than Chelsea, the same amount of shots on target, and had more possession. They had more corners and completed more passes than the Blues too. But the Blues were just too clinical. Out of their 6 shots on goal, they scored 4. City? None. Maybe that’s a striker’s problem, but if things continue like this, prize assets such as Chloe Kelly and Lauren Hemp are going to want out.