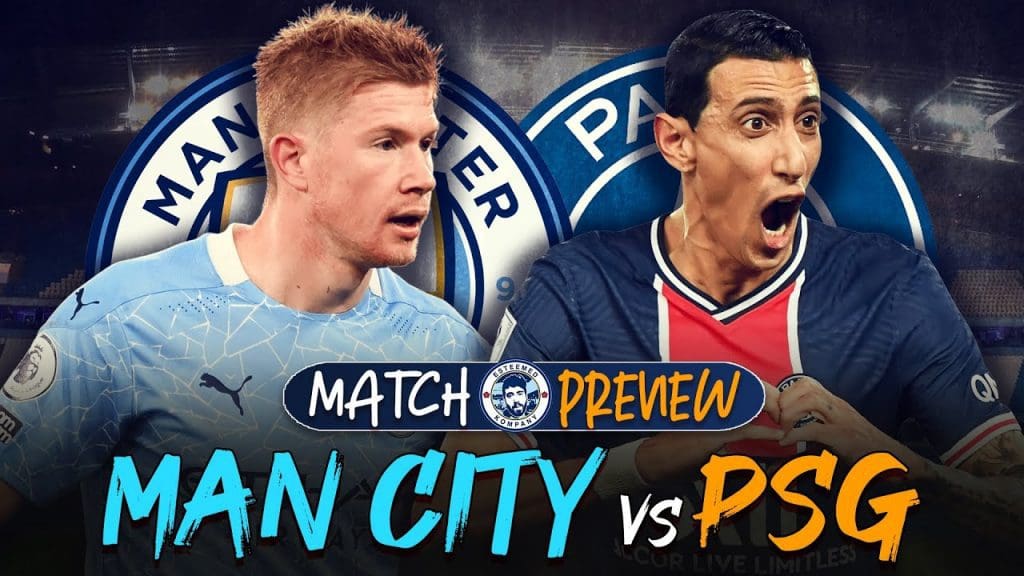 Tuesday night could not get any better if you are neutral. However, if you are a fan of Manchester City or PSG, you will be living on the edge of your seat hoping and praying that your club reaches the final of a competition they have so desperately craved for the past decade.

Pep Guardiola’s Man City and Mauricio Pochettino’s PSG are set to lock horns for the 2nd leg of their Champions League semi-final tie. There will be several global stars on the pitch, yet the nerves could get to the best of them. While both want to reach the final, someone will have to knock the other down at the penultimate hurdle.

Guardiola’s destiny and legacy are in his own hands:

Manchester City did what they had to do in the 1st leg and boy, is Guardiola thankful for it as things weren’t exactly rosy for the entire game. City have the best team in the world, yet they were caught by surprise when PSG’s star-studded lineup played them off the park in the first 45 minutes of the game. The likes of Neymar and Angel Di Maria were in control of the game while Marco Verrati was bossing the midfield battle against a non-existent City midfield. Eventually, PSG scored the first goal off the game through a corner, as Marquinhos jumped higher than everybody else to head the ball into City’s net.

This is a very rare occasion. Pep likes his team to have the greater share of the ball and a lot of this is down to his midfield who are entrusted with the role of controlling the game from the center of the pitch. However, the likes of Ilkay Gundogan and Rodri were nowhere to be seen in the first half and Neymar was running rings around everybody like a puppet master at a circus. Manchester City needed a talking to and Guardiola certainly gave them one at half-time.

What came out in the second half displayed why City have dominated English football since Pep’s arrival as they ran over PSG in the second half. De Bruyne took a hold of the ball and started running over the proceedings and the first goal came soon enough. The Belgian curled a cross into a dangerous area and it went through everybody, curling into the back of the net. City found the confidence they were looking for and they started to look dangerous again. Soon enough, City found themselves in a great free-kick position and Riyad Mahrez shot through the wall. City won the game and Guardiola was jubilant, but now, they must understand that they cannot start the 2nd leg like the 1st because PSG will certainly punish them if they do.

The likes of Rodri and Gundogan will need to be more alert and Ruben Dias will have to be a leader at the back if City are to hold on to their 1st leg advantage. PSG needs two away goals to go through and Pep understands that one City goal will make that job for PSG very hard and two will seal a place in the final. While Guardiola did not play too much with his tactics for the away leg, he will have a decision to make for the 2nd leg regarding who will lead the line.

Sergio Aguero displayed a fine performance against Crystal Palace on the weekend and now it is up to Guardiola to choose the perfect XI for Tuesday night’s encounter. City have a fully fit squad as Ilkay Gundogan also returned after worries in the City camp regarding the German’s calf, after Idrissa Gueye’s horrible challenge on Gundogan in midweek.

Pep Guardiola needs to deliver the Champions League trophy soon and now with City in pole position to get to the final, he cannot fail his team and vice versa. City needs to wake up and smell the trophy they haven’t held yet and given their success in recent years, this competition is certainly one that has eluded them the longest. Pep can reach out and touch it but he needs to pass one final hurdle on Tuesday to get there and City needs to be up for it.

Pochettino wants to etch his name in PSG folklore and there couldn’t be a better time for it:

The stage is set and PSG have to perform if they want to achieve the biggest trophy the continent has to offer. However, it will not be possible if the right attitude is not observed on Tuesday night against Manchester City.

The 1st leg was a game of 2 halves and while City capitalized in theirs, PSG did not when they had the chance. Kylian Mbappe was not looking completely fit while Leandro Paredes couldn’t get a touch of the ball in the second half. As soon as City scored the equalizer past the hour mark, PSG shoulders dropped and this is when they lost the game. Pochettino could do nothing more than shout-out tactics on the pitch but suddenly all these world superstars acquired by PSG over the years lost confidence in themselves and City eventually thumped in the killer 2nd away goal as well.

Pochettino understood that he was outsmarted by Guardiola, but it was not his fault. PSG allowed City to take control of the ball and that is where the game ended for Pochettino’s men as City punished them, leaving PSG to a mammoth job on Tuesday night. However, PSG’s talisman in Neymar does seem up for the game – “Fatigue does not matter in games like these. You have to step up on days like these”-said the Brazilian on the weekend when asked about the game on Tuesday and if the fixture congestion has taken a load on the squad.

Although, when PSG’s main man is up for it, it is a huge boost for the entire team, including the manager as Neymar is capable of single-handedly turning games on its head. Add Mbappe and Di Maria to this and suddenly the 2 away goals PSG need on Tuesday, do not look all that hard for the French side. Pochettino has done this before with Guardiola when he knocked City out in the Champions League quarter-finals two years ago and the PSG boss needs his side to create similar theatrics on Tuesday.

20-year-old Mitchell Bakker also justified Pochettino’s faith in him in the 1st leg and the youngster could yet again be a real asset to his boss on Tuesday as Bakker’s positioning was limit Riyad Mahrez’s movement on the right-hand side of the pitch and he could be asked to do a similar job again as PSG cannot afford to concede at the Ethiad.

Kylian Mbappe has been declared fit for the 2nd leg after the French superstar faced a slight injury problem on the weekend. Moreover, Mbappe will want to feature on Tuesday as he has been the key man in most big games the French side have played this season. His hat-trick against Barcelona and brace against Bayern Munich is evidence enough of the kind of impact he can have on a game and with his sidekick in Neymar, a lot can be done.

Pochettino has done more than enough in his 3 months to be considered a good manager in the eyes of the PSG hierarchy, although if he wants to create history at the club, Tuesday is pivotal. PSG need to showcase their hunger, their desire, and their need to win this competition as they wouldn’t have forgotten the tears they shed after losing in the final last year, a moment this PSG team need to overcome mentally and beating City on Tuesday will take them one step closer to it. 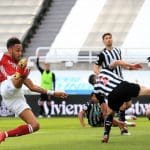 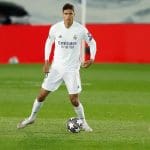 Raphael Varane ruled out of the Chelsea encounter
Leave a comment