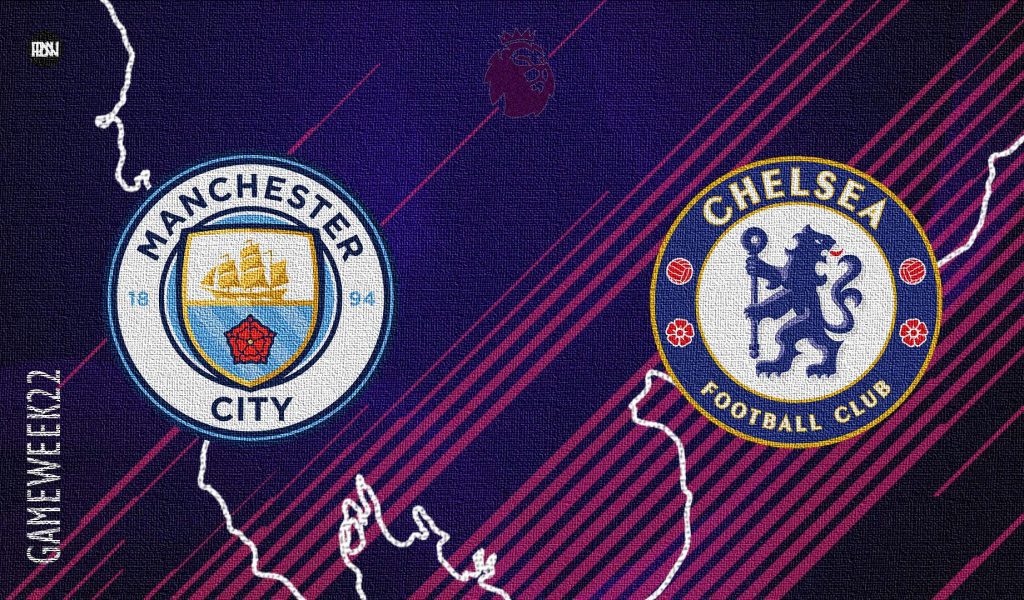 As the weeks pass, our favorite league is becoming more exciting to watch as the Premier League clubs and their managers face the mammoth task of managing their teams without key players who are serving national duties in AFCON and making sure that the available players get ample of rest between cup games and the league. Premier League has many sub-races in the title race and one of them is the top 4. Things are getting exciting here, as what looked like an easy berth for Chelsea, the top-4 spot is now being challenged by multiple clubs.

A big task on Thomas Tuchel will be to cement his club’s position on 2nd when they face table-toppers Manchester City in their on oil -*cough* backyard. Although the German manager has an upper hand against Guardiola in terms of their history against each other, last time they locked horns, Guardiola made sure that people still find his name as a synonym to ‘the best’ as his side outclassed Chelsea in the 3-0 encounter.

The result of this match will be crucial for all the clubs present in the top 5 as a Manchester City win would open up opportunities for the likes of West Ham and Arsenal to climb up the table by closing on the points gap. Whereas Chelsea’s win may not change much in terms of the top 4 race but, stealing points from City means giving audiences hope of an exciting title race.

Manchester City got hit by a COVID-19 outbreak and had to isolate 7 first team members as well as Guardiola and Lillo. It remains to be seen the number of players recovered in the mean time.

John Stones is returning from a knock while his fellow Englishman Phil Foden along with Zinchenko are believed to be isolating. Riyadh Mahrez has flown to Africa to fulfill his commitments in AFCON. Ederson was spotted in training means he will likely be 1st choice going into the game while Nathan Ake could make way for Spaniard Aymeric Laporte in the backline.

Tuchel will have some regular players miss out this fixture as Chilwell, Reece James, Trevoh Chalobah miss due to injuries and knocks. Goalkeeper Edouard Mendy will be an absentee due to AFCON tournament. Kante and Thiago Silva could start the fixture as both recovered from Covid-19 last week. This game asks for experience and hence, Alonso could be handed the starting place ahead of Malang Sarr.

Rest assured, Kai Havertz will be recalled in the starting lineup ahead of Timo Werner.

Last time around we saw Guardiola field a good quality lineup against Swindon despite many first-team players not included in the squad. But, this time he is not facing any normal English side, it’s Tuchel’s Chelsea who snapped away Guardiola and City’s dream of winning the Champions League from them. Guardiola is expected to field his best available XI and we may see some players from the squad against Swindon Town keep their place in the starting lineup.

Guardiola, as he has did for almost all the matches will play a strikerless 4-3-3 formation. As Chelsea are a team who are also comfortable in winning the ball back, Guardiola will likely field a lineup of players comfortable in keeping the possession. Likes of Jesus, Bernardo Silva and Gundogan will have big responsibility on their shoulders to keep the ball in their feet and let Kevin De Bruyne travel to important positions of the play.

Absence of Algerian wizard Riyadh Mahrez may affect Guardiola’s natural game plan and hence, we could see him making some minor yet crucial changes in regular tactics for the game.

Chelsea has enjoyed a disappointing run of form in last 5 Premier League games. Tuchel’s side has won just once and drew the rest in those weeks. This sudden dip in form has resulted in Manchester City extending their lead to sit comfortable at the top of the table. Tuchel will look to reinstall his dominance against Guardiola amid all the odds.

Looking at high defensive line of Manchester City, Tuchel will likely field Mount and Havertz on the wings / inside forward roles as the duo can exchange quick passes while simultaneously moving forward on the pitch. To add more intensity to the press, Lukaku can be recalled in the lineup as the Belgian has put everyone’s sorrows behind now.

Handling the mobility of Manchester City’s midfield will be a big task for Jorginho and Kante or Kovacic but, the Italian star knows how to work against such midfield and hence this is going to be an exciting match for a normal football spectator.

Manchester City’s ever present star Kevin De Bruyne has started to make his performances matter in the end results of the match. Belgian maestro has a good record against Chelsea and he loves to score against his first English club. City fans will be expecting him to find the back of the net as many times as this modern-day rivalry is one of the most important fixtures in a calendar year. De Bruyne will probably have a mixed role, as he has the license to roam free inside the box but, his favorite position has been to be on the flanks and just behind the edge of the box. With quick forwards like Foden and Jesus in the team, De Bruyne is the ideal player to initiate the move for Manchester City.

He will likely come up against Jorginho and Kovacic and hence, fellow midfielders Rodri, Bernardo Silva and Ilkay Gundogan will be expected to keep the Chelsea duo busy.

Problem with Chelsea currently is that they are leaking goals in games where they are expected to keep the clean sheets. Absentees of Rudiger and Reece James has caused them problem to protect themselves from the edge and hence, it will be down to Thiago Silva to take Chelsea out of any danger. Despite the age, Thiago Silva has been a top-class player for Chelsea this season and the blues will be expecting him to defend with high intensity when he goes up against Manchester City’s attack.

As City are not providing any physical threat, Thiago Silva specializes in handling technical players well, Tuchel will expect him to take charge of defence and dig them out of any potential Manchester City attack.