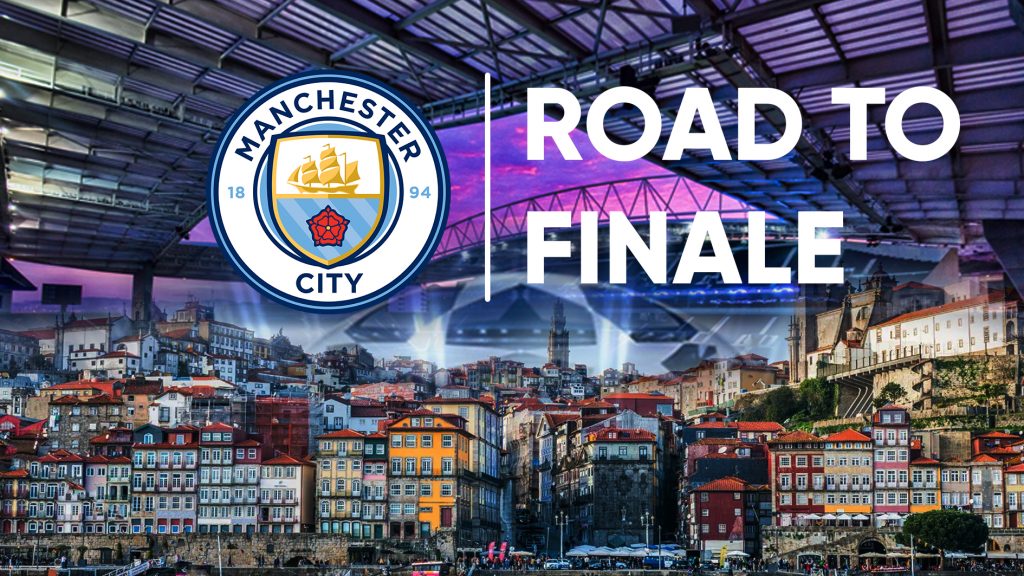 After finishing second best in England and with an unacceptable Quarter-finals exit in the previous season, a number of questions were raised against Pep Guardiola who has been building the team for long but was not able to reach even the finals of the biggest competition of all, the Champions League.

Manchester City made investments in center-back position with the arrival of Ruben Dias and Nathan Ake. They also brought the young Spanish baller in Ferran Torres upfront. With a shaky start to the season, the City’s chances of winning titles looked very bleak. But a superb run of 82 days being unbeaten in 21 matches helped them not only to take their place at the top of the Premier League but also prove every critic wrong.

Here we look at the great run from the Manchester City squad in UEFA Champions League as they prepare for the biggest game in the club’s history:

Manchester City were fortunate to find themselves in a relatively easier group as they accompanied Porto, Olympiacos, and Marseille in Group C. They were the clear favorites to win the group and the team from Manchester did not disappoint as they finished the Group Stage with 16 points- the joint-most among English sides in a single group stage in the competition.

The season began with a 3-1 win against Porto and was followed by an easy outing to France as Ferran Torres, Ilkay Gundogan, and Raheem Sterling inspired City to a comfortable 3 to nil victory. The next two games against Olympiacos did not cause much trouble for the Blue side of Manchester as they continued their winning streak in the Champions League. But then City lost their first points as they played a draw against Porto in the 5th Matchday in a game which ended goalless after full time. But they bounced back with an impressive 3-0 win against the French side, Marseille as they finished group stages on a high.

In the group stages, they scored 13 goals and just conceded once throughout the 6 matches. This included them scoring 3 goals against each of their opponents at least in one leg. Ferran Torres shined for the Blues as he bagged 4 goals and also Phil Foden became the talk of the town as the youngster was brilliant in each of his outings.

After topping the group, Man City were handed a favorable fixture against the German side, Borussia Mönchengladbach in the first knock-out phase. The English side were very dominant as 2 goals across both legs helped them secure a comfortable 4-0 aggregate win over their rivals.

Both the legs were played at Puskas Arena in Budapest due to travel restrictions imposed during the time. The first leg, considered as the away leg for Man City, saw Ferran Torres whipping a great ball in the box for Bernado Silva to head in to open the scoring and the second goal was again scored with passing and Jesus netting the final product. With a comfortable win in the first leg, Kevin De Bruyne and Gundogan wrapped up goals to ensure City’s spot in the Last 8 of the competition.

Manchester City were again drawn with a German opponent as Borussia Dortmund were ready to test Pep’s squad. The news of Erling Haaland against Pep was the biggest discussion as the young prodigy has been linked with the Manchester squad since the beginning of the season. As in the previous round, the Blues fired 2 goals in each leg but this time were a victim of a goal in each leg.

The first leg was full of controversies as Jude Bellingham was denied a clear goal-scoring opportunity to level the game after an early Kevin De Bruyne goal. However, Reus later manages to level things up after receiving a good ball from Haaland. Man City’s prodigy Phil Foden however helped City to get the edge before the second leg as he scored during the dying minutes of the game. Although City had the lead, the German side had the away goal which definitely could have been a good advantage. Jude Bellingham did capitalize on the opportunity as he opened the scoring in the second leg scoring a screamer against Ederson. However, winning a penalty in the second half helped City to get the advantage back, and later Phil Foden again became a difference between the two teams as his goal helped City book a berth in the semis.

Man City were now out of German shambles but did draw one of the toughest opponents in PSG. It was a battle to reckon as Kylian Mbappe, Neymar Jr and Angel Di Maria were against a young and prolific City squad. Termed as the tie of the tournament, the tie ended with City clinching a 4-1 win on aggregate against the French rivals.

The first leg started with a superb header by Marquinhos to give the French side the lead. However, two set-piece mistakes from PSG helped De Bruyne and Mahrez to give their English side an advantage. With Gueye receiving a red card in the last phase for PSG, everything was falling for the French side but they still managed to not concede any more goals and restricted City’s lead to one goal. Man City were then able to ease past Mbappe-less PSG as Mahrez scored a goal in each half to eliminate the previous season’s finalists and book City a Champions League Final place for the first time in history.

Clash against Chelsea in the FINALS

The other semi-final saw City’s England compatriot, Chelsea, knockout 13 times Champions Real Madrid and make it an all-English final. Manchester City by the time have clinched the Premier League Trophy and the League Cup and will now look to make it 3 trophies from the season. However, Tuchel inspired Chelsea have taken down City in the last two meetings which included a FA Cup semi-final victory which ended City’s hopes of sweeping it all. Pep has never got the better of Chelsea in the Champions League and will try to overcome all odds as City marches towards their first Champions League Trophy. They will definitely enter the Estádio do Dragão stadium in Porto as the favorites but a Champions League Final can never be taken with ease.