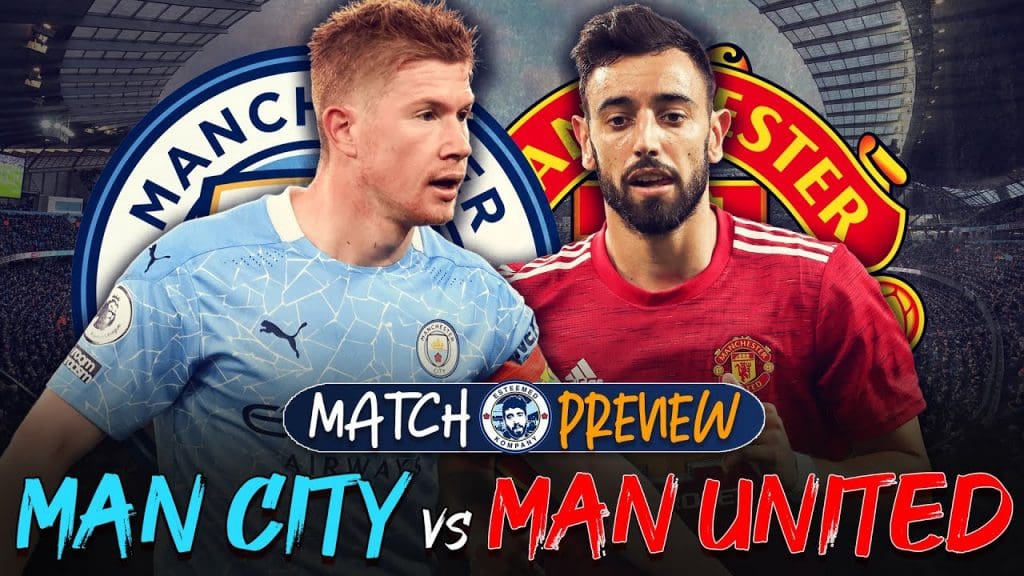 Manchester prepares itself for another mouthwatering Derby, Two Teams, Two Colours, Two Stadiums, Two Records, 14 points apart, One Historic City. The Reds from Manchester put their 21-game unbeaten away record up against City’s 21-game winning run as they travel to the Etihad on Sunday to take on their Neighbors in a battle of First Meets Second, a chance for City to all but engrave their names on the Premier League title at the expense of their most Fierce Rivals.

Manchester City seems unstoppable at the moment, the Chasing pack have not got a sniff into the title race since they moved into First Place. City have only tightened their grip on the first place since reaching there. Manchester City are running away with. After a dismal title defense last season, and a poor start to the current campaign, City were being written off too early into the season.

Liverpool was top of the Pile, till November, but that’s when Pep found his formula, restoring John Stones’ position back in the starting lineup and making do without the services of Sergio Aguero and Gabriel Jesus.

A passing of the mantle took place at Manchester United when Sir Alex Ferguson retired as United manager in 2013, and United haven’t been the same since, they have seen their neighbors overtake them in the Premier League season after season, the 2000s belong to United, but the 2010s were dominated by City, in terms of trophy and head to head Encounters, and The 2020s looks like there will be more Manchester City dominance. Unless United Put an end to this Mourading run that City are on.

This fixture is eerily reminiscent of the fixture in April of 2018 when City were one win away from claiming the title but Mourinho’s Manchester United managed to delay City’s Joy after coming from 2-0 behind to win 2-3. City might not be in that same position now but a win would put them 17 points clear of their Rivals and With 11 games remaining surely there would be no stopping Manchester City.

Manchester City have won 21 in a row now, but if they manage to win, this one will surely be their Sweetest Victory. Pep Guardiola’s men will travel to Southampton on Wednesday night after this game, giving them a chance to build a 20 point lead at the top of the table if they manage to win their next two games.

Nathan Ake has overcome a muscular problem to make himself available for selection, meaning that for the first time since the start of the season City have a fully fit squad.

Ilkay Gundogan, Phil Foden, Stones and Oleksandr Zinchenko didn’t start the win at Wolves and are expected to make a return to the first team, City’s Depth in each position allows them the Luxury to make changes whenever they want without having a drop off in quality.