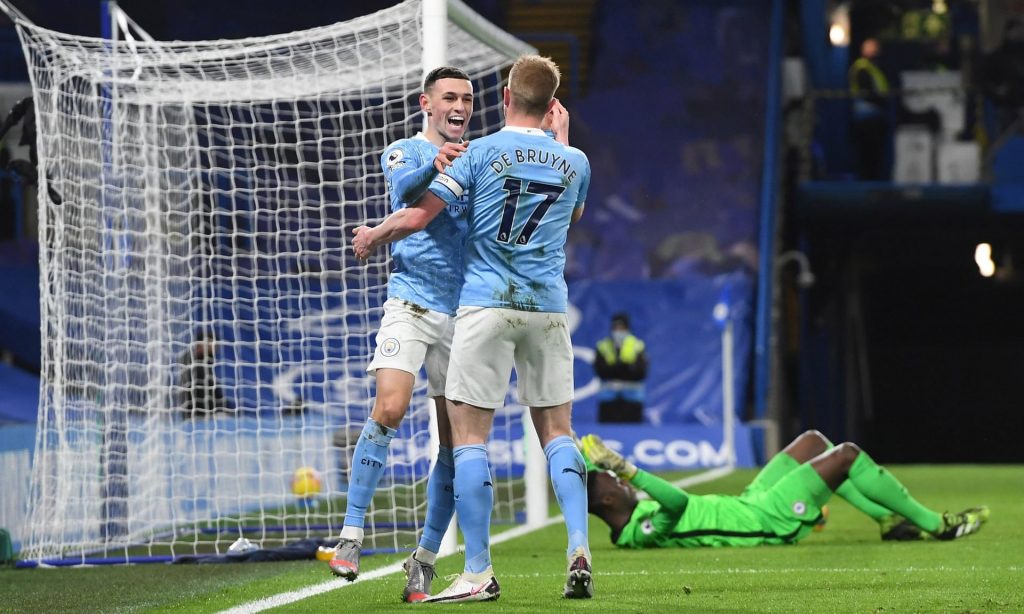 The Manchester Derby on Sunday does not look as competitive as it would have 2 months ago, with Manchester City going in as clear favorites in the game, as Pep Guardiola and Co. hope to secure their 22nd consecutive win this season in all competitions. In contrast, Manchester United, albeit 3rd in the table, have accumulated only 7 points out of a possible 15 in their last 5 Premier League games.

Manchester City will love nothing more to add to their record of 21 wins and make their city rivals their 22nd victims. However, United have a history of upsetting City when they have been in form, as they did so in December 2018, while the most famed one most United fans would remember, is 2018 (April) derby, where Manchester City were supposed to win the league title at home to Manchester United and was well on their way as they were 2 goals up at halftime. However, Mourinho’s men responded in style in the 2nd half, as they beat the Citizens 3-2, making it one of the most dramatic Manchester derbies in the last decade. Guardiola will be much more pragmatic this time and will just look to get the win by letting his team play the way they have for the majority of the season. The only question that most City fans would ponder over is Guardiola’s team selection against the Red Devils.

Should Kevin De Bruyne be benched by Pep for the derby?

Kevin De Bruyne is currently the leading assist provider for Manchester City and joint highest in the Premier League with Harry Kane, and after stating these statistics the above question might not make sense to most football fans. However, a keen observer must have noticed that most of Manchester City’s emphatic wins this season have come without the Belgian being on the pitch. While De Bruyne was injured for almost a month and a half, players like Bernardo Silva, Phil Foden and most importantly Ilkay Gundogan bossed the midfield and outclassed opposition teams, as they picked up apart teams like Everton, Liverpool and Spurs and tore them to pieces. Particularly the games against Liverpool and Tottenham were eye-openers, where Ilkay Gundogan’s displayed how much of an asset he can be when he picks up spaces in the attacking zone.

However, one might ask “what does this have to do with Kevin De Bruyne?” The answer to the question is that, since the Belgian’s return against Arsenal, De Bruyne and Gundogan have played in the same team together twice and City has managed victories with only 1 goal making the difference between both Arsenal and West Ham. Manchester City’s most recent win came against Wolves, as they thrashed them 4-1, with 2 goals coming in stoppage time and ironically enough, De Bruyne and Gundogan did not start the game together. This tells us that when City have the attacking nous of both these midfielders on the pitch, they fail to score as many goals as they would if only one of them started the game. It sounds like a very unusual issue but it could become very crucial if City wants to win against Manchester United on Sunday night.

MUST READ: Is Gabriel Jesus ever going to become the player Manchester City thought he would?

Ilkay Gundogan was the key perpetrator against Tottenham as he scored twice, with the second goal being one of the most technically silkiest finishes you will see in the Premier League this season, as he left Davinson Sanchez on the ground with his supreme ball control. The position Gundogan occupied for that goal is something you will never see the German doing if De Bruyne plays with him in the same team. Because more often than not, De Bruyne occupies the attacking midfield position and tries to create spaces between the center back and the full-back, and in such a situation Gundogan would have to sit back and play in a holding midfield role, and although he can play that role, his talents are quite clearly hindered there. This is an issue that might have come to Guardiola’s mind as well, as he looks to put away United and continue their miraculous run in all competitions.

While Guardiola has been touted as an overthinker in the big games, he does not make deliberate blunders. If either of the midfielders are dropped on Sunday, Guardiola would have a plan up his sleeve to tactically outplay their derby opponents. Kevin De Bruyne is Manchester City’s coveted playmaker, but given Ilkay Gundogan’s recent form, the German might just be picked ahead of the Belgian on Sunday.