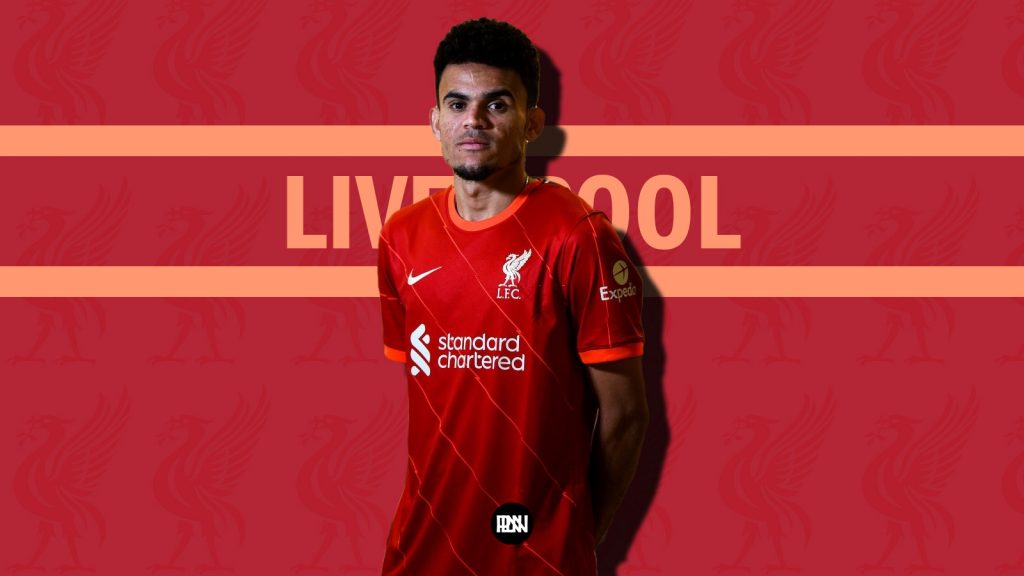 After months of deliberation & Klopp’s persistence, Luis Díaz is finally here. Arriving at a sky-high price of $67million (including add-ons), the fans already have inordinate expectations from the Columbian. But, faced with a big change, the 25-year-old needs to be given time to embrace a tougher league.

The Columbian has been on Klopp’s wish list for the longest time. So how does he exactly fit into the German’s system?

Prior to his arrival, Luis spent three years in the Brazilian league. At Porto, he was molded into a left inverted winger. Unlike most inverted wingers, Diaz has no qualms in maintaining width. His heatmap suggests this, too. He likes receiving the ball out wide and then making his way into crossing positions or even into the box.

In his goal to make his way through defences, Liverpool’s new no.23 is aided by his evolved dribbling skills. He likes to take on players and is adept at gliding through challenges. Averaging 2.6 successful dribbles per 90, he completes 63% of his dribbles.

If he is granted space by the defenders, he makes his way into the box by shifting the ball onto his right foot, working his way into a shooting position. In the fast-flowing & attacking Premier League, the Colombian can be a real problem for sides that use attacking fullbacks.

The ex-Porto man also boasts off the vicious pace. He recently clocked an atrocious sprint at 35.5 km/h in the Champions League. Add to that his body feints, he leaves defenders chasing after his shadow more often than not. With Salah on the right and Luis on the left, Liverpool will be constantly breezing past their rival defence.

At Porto, the Columbian has displayed his liking to drop down and receive the ball. He is comfortable on the ball and accesses all passing options before playing the best one. His solid passing and ability to link up play help his team to progress into attacking zones faster. At Liverpool, a team highly reliant on their two fullbacks, the Columbian dropping down could also free up acres of space for Andrew Robertson to receive the ball in.

What sets the new Merseyside man apart from his peers in attack is his ability to play various roles. Apart from playing as a winger, he can also function as a wide midfielder on the left. He can provide the team with a passing option and effectively progress the ball from the midfield. While Klopp doesn’t use wide midfielders in his system, under dire circumstances, he can deploy him & Mane at once in an all-attack situation.

A master of Gegenpressing, Jürgen Klopp has always been adamant on his forwards pressuring the opposition from the front. While his pacey wingers and striker have facilitated his style of play, Diaz can bring more to the team. At Porto, he was part of a compact team while out of possession, and his ability to win the ball back is impressive. His mighty pace and endurance also enable him to constantly press the opposition’s defense.

This season he was touted as the best player in the Primeira Liga and with good reason. In 18 games, the Columbian has managed to score a staggering 14 goals. Given his tendency to camp out wide, these numbers are quite exciting for any fan.

Diaz’s high number of goals also further go on to prove that he doesn’t shy away from cutting in and taking shots. Averaging 3.5 shots per game, he outshines Mane’s 3.0 shots per game by a little. His goal conversion is also quite impressive at 22%. But, that’s not all he does.

Diaz is also good at distribution. He likes to constantly touch the ball and averages 54.2 touches p90. The winger is successful in supplying 88% of the long balls he attempts.

Another feather in the forward’s cap are his exceptional playmaking skills. He averages a remarkable 2.2 key passes p90 in the league, almost at par with Messi’s 2.5 at PSG. The winger has also created 7 big chances in the league and registered 4 assists in the process. A big threat in front of goal & also in creating one.

Change is never easy. The contrast in the style of the leagues & the difference in quality has to be taken into account while evaluating this promising player. But, at 25, he has shown great potential and once he settles down, in time, he’s bound to set the Prem on fire. With Liverpool soon diving back in Premier League action, the Columbian will be on display yet again. One to keep your eye on Reds.