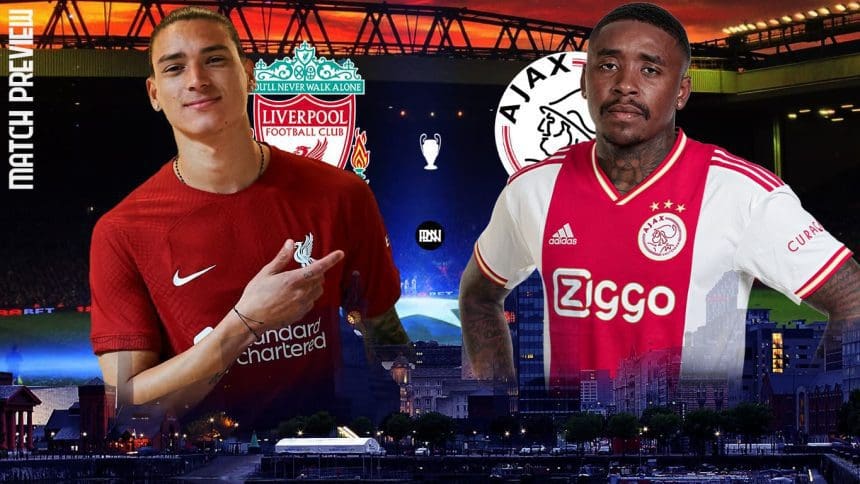 No big words could heal the wound of the 4-1 loss at the hands of Napoli. Jurgen Klopp’s squad looks devoid of confidence and commitment, whenever they have stepped onto the pitch so far this season. Adding to their existing troubles, Liverpool host a brutal Dutch force in Ajax – who have not lost/drawn a single game this season.

The Dutch giants have played 7 games so far and have accumulated all the available 21 points to them across all the competitions. Whereas the Premier League giants in Liverpool seem to be struggling to regain their momentum in the season. The Merseysiders have also played 7 competitive games this season (6 PL, 1 UCL) and have managed to accumulate just 9 points, dropping a total of 12 points in the process.

A Liverpool campaign (so far) far from what was expected to be another Premier League title charge alongside Manchester City, for a Liverpool side highlighted with weaknesses. Henceforth, it would not be shocking to hope that this mid-week UCL clash against Ajax in a jam-packed Anfield Stadium could very well be a must win clash for the Reds!

Putting Liverpool under the Lens

Not a do-or-die, obviously, but surely a game for the Liverpudlians to kick-start their UCL campaign… Yes I know, we have been saying this before every single one of their matchdays so far this season but let us face the facts and not ‘make a mountain out of the hill’ for what it is worth that Jurgen Klopp and his players have still got a lot of the season left to bring the best out of it, given they see the problem for itself and not get too ahead of themselves.

Adding to this, even the fans have expressed their feelings outwardly enough with many going from “We Believe in Klopp” to “Time’s up for Klopp” or “We don’t know anymore”. These sort of debates are expected when a team of Liverpool’s calibre with sky-high expectations doesn’t live up to half of it – and the latter who want Klopp axed are backing their position with a fair history of how Klopp’s team have deteriorated in his seventh season in-charge and so are his numbers at Anfield as of now.

The troubles that they have had this season, no matter the reasons, should be looked to overcome. From the midfield issue – injuries are part and parcel of the game, and in a physical sport like football, the manager should expect some of his players to be unavailable for a period over the course of the whole season. And that is where the youngsters should step up, and in all truth, Harvey Elliott and Carvalho’s performance should be used as a motivation.

Furthermore, the addition of the Brazilian creative midfielder Arthur Melo should add flair in that midfield with Thiago reportedly to start the game as he returned from his injury as well, putting up some good minutes against Napoli- and he was one of the best players on the pitch for the Reds in a night where they had to suffer from such a heavy defeat. This should come as a sigh of relief to Klopp and co. but only if they promise themselves their first win of this UCL campaign against Ajax at Anfield!

On the night when Klopp’s Liverpool army conceded 4 goals and scored only a single goal in reply, Alfred Schreuder’s revamped Ajax side hit Rangers (one of the Scottish sides to fair well this season) for 4 goals without a reply! It is not a given/fluke that a club like Ajax is doing well season-in-season-out even though one of their most successful managers, Erik Ten Hag, left in the summer to take charge of Manchester United.

So far maintaining a perfect record this season across all competitions- 7 matches played, 7 wins- and they just do not seem to slow down! And why should they? I mean, there have been lapses in the Schreuder’s system as well but it is about how they have held their calm throughout the lows to achieve the highs. The unity of the squad off the pitch is reflective from their performances on the pitch.

Top of the Eredivisie, and a win against Liverpool in the mid-week UCL clash would take them to the top of the Group A pile (given Napoli draw or win with a similar margin against Rangers). But is a big “if” firstly, just basing off of the fact that the match will be taking place at Anfield and the Kopites could really play an important role as a twelfthman urging for their side’s resurgence this campaign.

The Colombian is proving to be a serious difference maker for Klopp’s Liverpool this season. After Mane’s departure, the onus was up to Diaz to deliver. And boy has he delivered! In the first 6 league games, the sensational winger has already got 3 goals to his name and the hunger is imminent in his eyes, the hunger to set high goal-scoring standards. In an otherwise dry season for the Reds, Klopp and co. could seek motivation and happiness through “Delightful” Diaz’s performances.

Even in a 4-1 thrashing to Napoli, Diaz stood as the best player of Liverpool and even scored through a sublime finish. Making it 4 goals in 7 games for himself this season, across all the competitions.

He is enjoying every single minute of it and Jurgen Klopp will hope he keeps on doing what he has been doing. Alongside Bobby Firmino, the Columbian x Brazilian combo is saucing up the Reds up front bringing in their South American Sauce!

It seems as if Steven Bergwijn belongs to the Eredivisie, as the Dutch winger has dazzled to a brilliant start at Ajax after a dry spell at Tottenham Hotspur. The talented 24-year-old has already scored 7 goals in 7 games for Ajax under Schreuder, across all competitions. And mixing it up with the high-flying Mexican in Edson Alvarez, this duo has been unstoppable and unplayable for what it is worth!

Ajax will be looking to attack through the pace of Bergwijn at Anfield, since the Dutch has eased into his new side quite well, and will surely look to exploit the Reds’ defensive weaknesses. 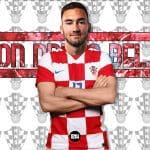 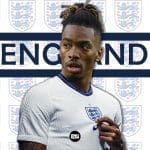