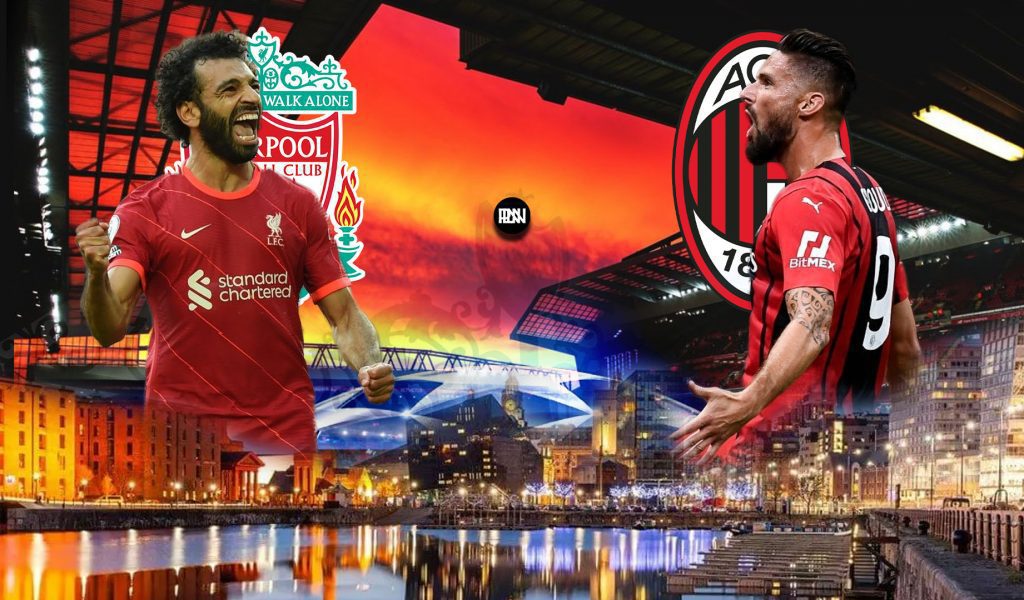 One of the greatest games to be ever played in the Champions League was perhaps the final in 2005 in Istanbul when AC Milan gave up a 3-0 lead to Liverpool in the second half and went on to lose the game on penalties. The game was not only remembered for the historic come-back pulled off by the Merseyside outfit but also for the kind of team they pulled it off against. Quite possibly one of the best teams in world football at the time was humbled by a less than perfect Liverpool side.

Thus, tensions ran high, and it was not a coincidence when the pair met up again in 2007 final and the San Siro outfit finally won what they felt was theirs a couple of years. So there is a lot of animosities and a lot of history built into this fixture, courtesy of which a lot of eyes glanced when the two teams were drawn together in the same group this season.

The Rossoneri and the Reds are ready to go hammer and tong again on Wednesday night for their first group stage game of this year’s Champions League. Liverpool have been a regular party to the UCL in recent seasons but for AC Milan, this means everything. The Italian club are back in Europe’s biggest competition after more than half a decade, and they have a good enough team to upset the odds this season. Thus, it will be an enticing affair, and neither party is going to hold back in mid-week.

Will Liverpool’s quality in the ranks be too much for Milan?

It has been no secret that Jurgen Klopp’s Liverpool are one of the most feared sides in Europe. The squad the German has built at Merseyside over the last 6 years has stuck together and there have been few outgoings in this period. A certain core group has always existed, and it has been the key to their historic comebacks or reaching the UCL final twice in the last four years.

Sadio Mane, Diogo Jota, and Roberto Firmino might lack their goal-scoring form at times, but they do certainly turn their form when it comes to European games. Mohamed Salah has not dropped a beat since he arrived at the club in 2017 while the Reds also have Virgil van Dijk back from injury. All in all, Liverpool looks like a real force again and they could destroy most teams in their wake.

The Anfield outfit will certainly be hoping they pull off something of that sort on Wednesday night against Milan. For all of the good work done by Stefano Pioli at the club, the Reds could really annihilate the Rossoneri. Given that Alexander Arnold is back to swinging in dangerous crosses again, this could prove to be a crucial factor in mid-week. Mo Salah and the aforementioned Englishman form one of the deadliest winger-full back partnerships in world football, mainly due to their understanding and quick movement.

Salah repeatedly tucks in and takes the opposition left-back with him, and this leaves acres of space for Alexander Arnold to bomb down the wing. Although Milan have been defensively sound this season, Theo Hernandez is not the best reader of the game. His attacking output is tremendous, but he might not be able to keep with Salah’s pace and quick turns on Wednesday.

Liverpool’s energetic midfield could also cause a lot of problems for Milan in the center of the pitch. Fabinho knows how to control the tempo of the game and Jordan Henderson is sure to come back into the line-up after Harvey Elliot’s horrific injury against Leeds on the weekend. Thiago Alcantara, who is a brilliant operator, can outclass and outmuscle the likes of Kessie and Tonali, provided the Spaniard is at his best.

Additionally, while Pioli does have Olivier Giroud, Ante Rebic, Brahim Diaz, and Zlatan Ibrahimovic in his ranks, Liverpool’s centre-back pairing of Matip and Van Dijk could completely eliminate any threat posed by Milan’s forward line. The Merseyside duo looks impenetrable this season and are winning nearly every aerial duel and tackle possible.

The Reds have more than enough talent to put away Milan, and Jurgen Klopp will be shouting continuously throughout the game to keep up the relentless tempo. It will be a special night under the lights at Anfield on Wednesday, and Liverpool will be sure to make it a memorable one for their fans.

Will Stefano Pioli’s men use the ‘underdog’ theory to their advantage?

For Serie A fans, it would be easy to understand how good AC Milan and Stefano Pioli have been in recent seasons and their meteoric rise back into the Champions League has taken a lot of effort and is not just a one-off season. The investment in the club has been sound, and they have bagged some of the best deals in recent years.

Finishing 2nd in the Italian League last season is proof enough of how major a force Pioli’s men are. However, given that they are yet to feature in the Champions League, few know what to expect from them. Milan would be counting on this, and they will certainly use this to their advantage.

Liverpool are a real force to reckon with, but if their buttons are pressed at the right time, one can always find a victory. Franck Kessie and Sandro Tonali may be inexperienced but they are one of the most tireless midfield duos currently in Europe and they complement each other perfectly. Kessie is a modern-day box-to-box midfielder, who knows when to push up and when to absorb the pressure. Tonali is a goal threat and his youthful enthusiasm is a huge factor of his need to win every ball and to make the best use of it when in possession.

Rafael Leao has been a revelation on the wings for the Italian outfit, while Alessandro Florenzi continues to astound everybody of his quality despite losing some pace in his game in the last year. Brahim Diaz, however, has been the pick of the bunch for the club this season as he scored his second goal of the season on the weekend against Lazio. His creative numbers have also gone through the roof, and he could provide some real problems to Thiago and Jordan Henderson in mid-week.

While there is no certainty on who will lead the line against Liverpool, Pioli could use Olivier Giroud. The Frenchman has been in excellent form, and he does have a lot of experience of playing against the Reds from his Arsenal and Chelsea days. Additionally, if you want a player to win aerial duels against the likes of Van Dijk and Matip, there are few better than Giroud.

Lastly, while Liverpool’s frontline is frightening, Tomori and Romagnoli showed on the weekend that they certainly have the quality to act maturely and calmly in big games. The pair are young and know how to pass the ball from the back under pressure. While Simon Kjaer could be brought in for either centre-back due to his experience, it is a good problem to have if you are Stefano Pioli.

It will be a hostile atmosphere in mid-week at Anfield, but this Milan side would be ready to go toe-to-toe with their arch-rivals of the past. The San Siro club could really turn the group on its head if they pull off a historic victory on Wednesday– something the away fans will be cheering on their team to do as Milan look to announce their return to the Champions League.