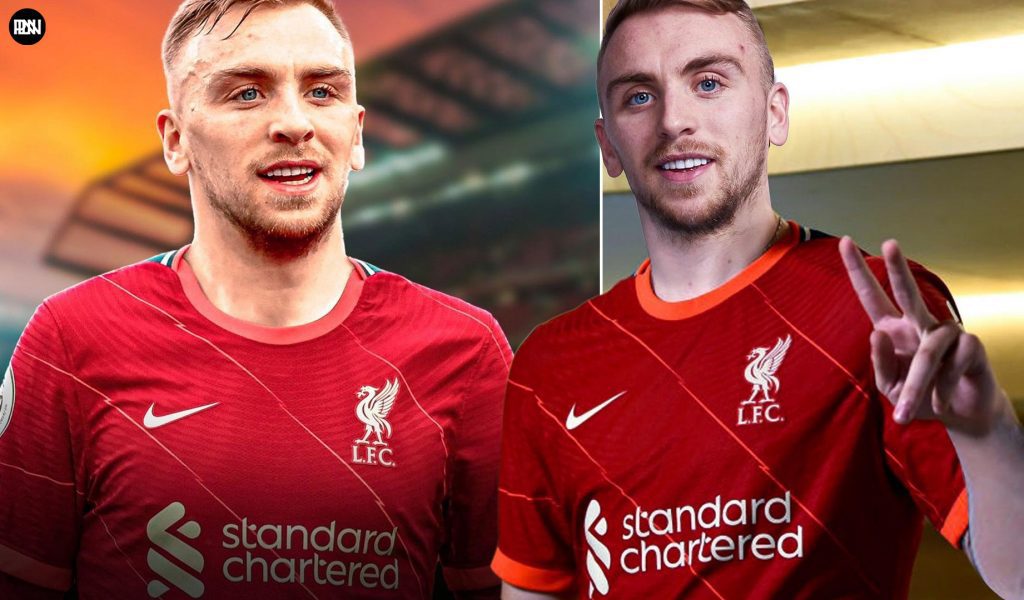 Jurgen Klopp is ready to fight for the Premier League again this season after having failed to defend the crown last term. However, he needs certain quality additions to the team, especially in the frontline after struggling for goals in crucial moments last season.

Although the club signed Diogo Jota last summer, they are ready to let go of Xherdan Shaqiri and Divock Origi leaving the club this summer to bring in more quality into their frontline. Last season, the likes of Roberto Firmino and Sadio Mane failed to live up to their form from previous seasons, courtesy of which Klopp wants to add more firepower into the side.

To that end, Liverpool are monitoring the situation of West Ham winger Jarrod Bowen (as per The Athletic), who performed incredibly well for the Hammers last season as he contributed to 13 goals i.e., 20% of West Ham’s Premier League goals last season.

While Liverpool could have gone out and signed any player, they have shortlisted Jarrod Bowen to add more depth into their frontline.

There are a couple of reasons for this:

Firstly, Bowen is left-footed and highly creative, making him an instant replacement for Xherdan Shaqiri. However, Bowen is only 24, and he also has the potential to play in the starting XI due to his goal threat. The Englishman’s direct running towards defenders was mesmerizing last season as he went toe to toe with the best defenders in the Premier League.

Secondly, he would not mind playing on the bench, but Klopp rotated more than people thought he would last season. Liverpool played nearly 60 games last season and might do so again this year. Thus, Bowen knows that there are a lot of games to be played, and if he does impress Klopp, he could earn a place in the starting lineup week in and week out. Moreover, Salah, Firmino, and Mane are in the final 2 years of their contract, and it does not look like Liverpool intend to provide them with any more lucrative contracts. Thus, young players are the way to go, and Bowen could make himself one of those names.

Lastly, he can add a lot to this Liverpool team, and his numbers back it up:

While Sadio Mane and Mo Salah are dynamic wingers, Bowen prefers going past people and creating chances rather than running beyond people. Also a little different from Diogo Jota, Bowen does not need to use his pace to become a differentiating factor in this Liverpool team.

One of Liverpool’s biggest issues last season was the lack of creativity from midfield or even from the wingers. Jarrod Bowen had 11 goal-creating actions last season, while Mane and Salah had just one or two more than him. This was Bowen’s output in a West Ham team, which albeit impressive last season, does not have the firepower of Liverpool’s forwards.

Jarrod Bowen, like the other Liverpool wingers, can also draw fouls (54 fouls drawn last season) while he is also a threat from a dead ball. The 24-year-old had 3 dead-ball passes that led to a goal last season, making him a threat from set-pieces, although Liverpool already have Trent Alexander Arnold and Andy Robertson for those jobs, the talent is there if need be.

Also, unlike the current Liverpool forwards, Bowen has a habit of coming deep and trying to create something out of nothing. He had nearly 160 touches in the defensive third last season, 50 more than both Salah and Mane. This would also enable Klopp to play Bowen behind the striker or even in a midfield three due to his creativity while he is also solid defensively. Bowen had 22 interceptions last season, again quite a bit more than Salah and Mane. Although Bowen’s passing could be better, it might improve automatically when he is around better players.

All in all, Liverpool will be signing a player who could possibly solve more than one problem of theirs while he also provides quality squad depth.

Is Bowen a realistic prospect?

Jarrod Bowen’s current contract expires in June 2025, and if Liverpool want to sign the player, they would have to pay upwards of £35 million for the player. However, in his one and a half year as a Hammer, Bowen has made himself one of the most versatile players in the Premier League and a starter in a team that finished in the Top 6 of the table.

Liverpool did go out and sign Diogo Jota for £42 million last summer, so it is not out of the realm for the Reds to pay a similar amount for Jarrod Bowen, who West might let go if the price is right. Alternatively, Liverpool could maneuver a swap deal of some sort and send Xherdan Shaqiri or Divock Origi the other way.

Jarrod Bowen is a great talent, and in a better team, especially in a Klopp system, he could really explode. If Liverpool do go ahead and seal this move, only time will tell.