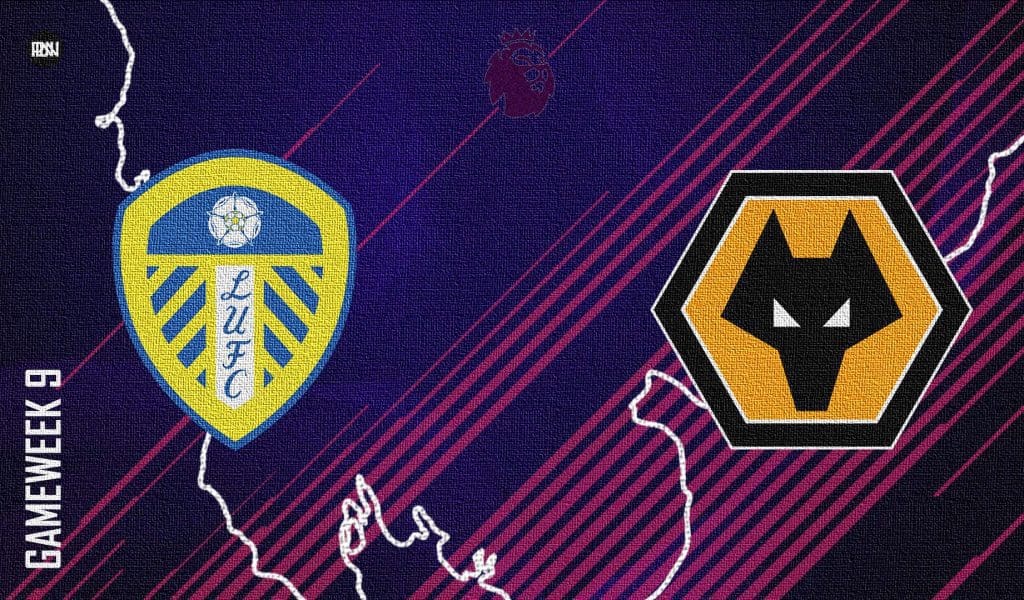 Leeds United host Wolverhampton Wanderers at Elland Road this weekend as both clubs look to head into the top half of the table before the next international break. The hosts will be hoping to find only their second victory of the league campaign while the visitors will be keen on continuing their three-game winning streak on Saturday.

Although Wolves witnessed an inconsistent start to the campaign Bruno Lage’s squad have increasingly improved their performances, having won four of their last five league games, hitherto. A swashbuckling comeback against Aston Villa last weekend has seemingly reinvigorated Wolves’ campaign as they look to build on their recent results going into the campaign. Meanwhile, Leeds will be looking to find some consistency, having only accumulated six points – 17th in the standings – this season, hitherto. Marcelo Bielsa’s squad will be keen on finding a victory at the weekend as they look to avoid a relegation battle and find their feet heading into a pivotal part of the campaign.

With three points indispensable for both clubs at the weekend, the fixture is likely to offer a captivating watch for the neutrals. With key players set to return to the starting line-up, Bielsa will be hoping to inspire a promising victory at the weekend while the visitors will be keen on spoiling the party come Saturday.

Although Leeds continue to be hampered by injuries to key players, Raphinha is set to return to the starting line-up after missing out on last weekend’s fixture to Southampton owing to quarantine restrictions. Kalvin Phillips and Patrick Bamford remain out of contention for the weekend, though the former is expected to make a comeback against Arsenal in their Carabao Cup tie next week.

Luke Ayling remains unlikely to feature for, at least, the next two weeks while Junior Firpo and Robin Koch, too, remain out of contention for the weekend. With numerous injury concerns, Saturday’s fixture could be a crucial juncture in Bielsa’s future at the club as Leeds will be hoping to move up the table before the next international break.

Although have witnessed numerous long-term injuries to key players heading into the season, Wolves have managed to find some momentum ahead of Saturday’s tie at Elland Road. Raul Jimenez is likely to return to the starting line-up though long-term absentees are likely to continue remaining on the sidelines until after the international break.

Francisco Trincao could return to the starting line-up although the likes of Wily Boly and Hugo Bueno will remain out of contention at the weekend. Having remained unbeaten for three games heading into Saturday fixture, Wolves are likely to field a strong XI with Jimenez expected to be the only change upfront.

With both teams in need of three points, Saturday’s encounter is likely to produce a captivating match-up throughout the 90 minutes. Although dented with injuries, Leeds will be hoping to convert their chances against a decent Wolves backline, while the visitors will confident in their ability to exploit the opposition’s weaknesses heading into the fixture.

Given Leeds’ weakened defensive line and recent struggles in the final third, Wolves will be hoping to progress down the flanks and camp around the opposition’s box. Meanwhile, Leeds will be hoping to catch the visitors on the break, convert their chances and see out the threat from Wolves’ aggressive wingers at the weekend.

Both managers will be keen on extracting a positive result as they look to gain momentum ahead of a pivotal period in the domestic season. With the hosts in desperate need of a victory and the visitors heading in as favourites at the weekend, both clubs will be hoping to avoid a disappointing result on Saturday.

In contention to start after missing out last week, the Brazilian will be hungry to contribute to a positive result at the weekend. Raphinha has been Leeds highest goal-scorer this season and will be hoping to inspire a positive attacking performance in the absence of Patrick Bamford on Saturday.

Facing a defensively decent Wolves backline, Raphinha’s creative ability and consistency to convert goal-scoring opportunities will be key to Bielsa’s attacking tactics at the weekend. The Brazilian will be significant in capitalizing on counter-attacking opportunities while his willingness to defend the flanks and contribute in attack will be vital to Leeds’ approach against Wolves on Saturday.

Although yet to register an attacking contribution this season, the weekend’s fixture offers Traore an exceptional platform to find some attacking form heading into a slew of domestic ties. With Leeds only having kept one clean sheet in the league this campaign, Traore will be hoping to exploit their defensive vulnerabilities on Saturday.

Traore’s tearing pace combined with his ability to deliver accurate crosses will be a vital aspect of Wolves attacking tactics at the weekend. The dreaded winger will be keen on outmuscling opposition defenders and bursting forward from midfield with the intention of creating golden opportunities for Jimenez in the penalty box on Saturday.