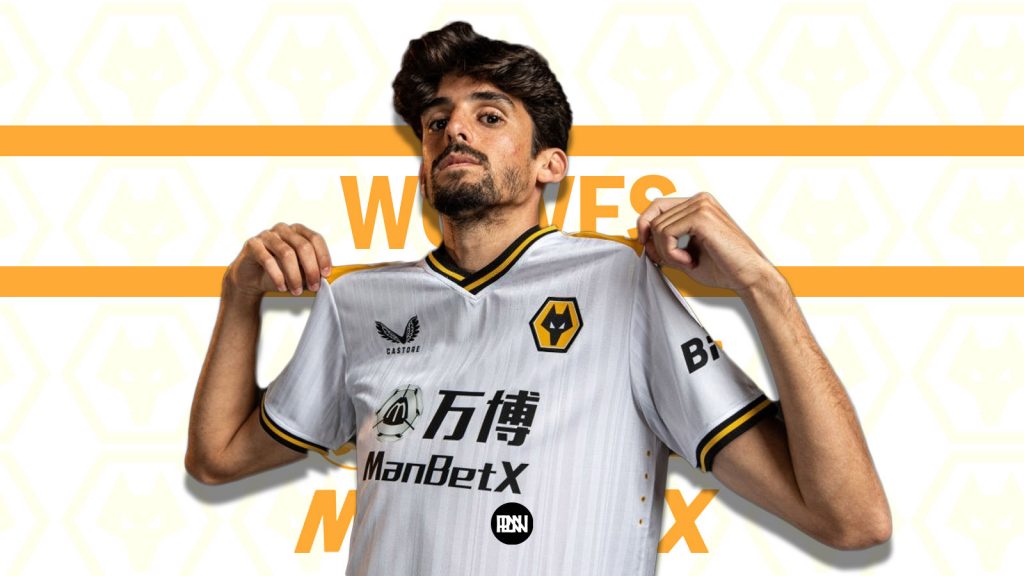 Of Wolverhampton Wanderers‘ 2nd summer signing Francisco Trincão from Barcelona, the club’s Technical Director Scott Sellers had this to say; “He’s a really exciting player. It’s an area we’d like more competition, in terms of wide players. I think the fans are going to enjoy watching him play, he drives with the ball well and has good creativity.” On face value, Wolves don’t need much more competition in that area at all. With a wing core already consisting of players like the blistering Adama Traore, Daniel Podence, and the wildly exciting Pedro Neto, it seems that Wolves are spoiled for quality on the wings. That being said, Podence has just returned from a long injury spell and Neto will be out until at least February after breaking his patella at the tail end of last season, so the addition of the 21-year-old Trincão does add necessary depth to an often-injured position for Wolves.

Beyond the obvious, Trincão’s signing may indicate things to come for Wolves’ long-term plan under new manager Bruno Lage. Assuming Neto comes back fully fit next year, we may see Adama Traore pushed deeper down the left touchline into a Left Wingback position in order to accommodate Trincão’s dynamism and threat off the right. “He’s [Trincão] a player who drifts past people and he has a great change of direction when he’s moving with the ball,” Sellers said, adding that “He has great speed over two or three yards, to change direction and get away from people, can score and create, and is an exciting player.” While all of Wolves’ wingers have the capacity to burst past players, not all of them have the end product to follow up with. Trincão’s 3 goals and 2 assists last season for Barcelona in just 25 minutes per game indicate that he has a high potential to increase his output if given more time, and if his time at Wolves thus far is any indication of what’s to come, it seems this assertion will be proven true.

Below I will attempt to evaluate Francisco Trincão in-depth using The Eye Test and Underlying Stats to come to a conclusion about the potential effectiveness of this signing and if I believe the young winger will be a success in the Premier League.

*Note: This is based on my personal evaluation of the player. I will be drawing on extensive  in-game footage as well as YouTube highlight reels to evaluate Trincão in this section*

The most consistent element of Trincão’s game is his ability to strike through the ball with power and accuracy. He is primarily left-footed and takes up an average position high on the right touchline, this means most of his ball-striking actions come after Trincão has dribbled inside toward the central areas of the pitch. He has immense control over the amount of power he generates with his left foot, whether it be a pass or a shot, he rarely gets it wrong. Quality ball-striking is one of the more important elements of a young PL winger’s game, many modern PL wingers are asked to employ pace, control, and accuracy to generate a high volume of shooting and passing opportunities as well as to disrupt defenses consistently to create space for strikers or overlapping fullbacks. Trincão is a master of these fundamentals. He has a clean dribble combination, a solid drop of the shoulder, and a good awareness of movement around him. Pair this with his great power control and you have a winger who has the tools to step right into Wolves’ starting lineup.

Another key element of Trincão’s game is his ability to operate in tight spaces. Many starting PL wingers are asked to be proficient in 1v1s in order to keep their fullback occupied, not as many are asked to drop deeper to receive the ball as wingers often struggle to find space when operating in the open pitch as opposed to hugging their preferred touchline. Francisco Trincão, on the other hand, is incredibly good at dropping deep to receive passes or maneuvering past defenders in tight spaces at the edge of the box. He does this primarily through the use of body feints which are subtle and effective, surely a skill honed and polished during his time at Barcelona where he trained and played with Lionel Messi.

A current flaw in Trincão’s game is his final action or when he chooses to release his final ball. There were a number of occasions while I watched him where he over-dribbled or, when the fullback pushed him onto his right side, made a poor or panicked decision. This is a common flaw in young players when they first burst onto the scene, the game just hasn’t quite slowed down for them yet. That being said, it is the make or breaks element for a lot of wingers in particular who are asked to constantly handle final actions in the box, Wolves, in particular, rely on their wingers’ ability to dribble past a player to shoot or pass, or a winger’s ability to whip crosses into the box or across the front of goal from the byline for their bigger front men to latch onto. When there isn’t a hyper-creative number 9 leading the attack, a team will naturally rely on their wingers to provide support via the half-spaces or through crosses and Trincão seems to excel at neither of these skills particularly right now. He is far from the finished article but has tools that, if honed correctly, will make him an effective PL winger. Simply put, he has the ability but will have to show the work ethic to sharpen his game if he wants to put up numbers in such a high-ceiling league.

*All stats from FBref.com and compared to other Att Mid/Wingers in the Top 5 Men’s Big Leagues + European Competition. Unless otherwise noted, all stats are based on per 90 minutes played*

What stands out the most when evaluating Trincão’s underlying statistics is his non-penalty Expected Goals (npxG) versus his Expected Assists (xA). He ranks in the 93rd percentile for ngxG among his peers, scoring 0.38 goals per90 but ranks in just the 18th percentile in xA with just 0.11 per90. This is a massive disparity, yet it helps explain why Wolves have added Trincão to an already stacked wing core. He provides goals, something Wolves sorely missed after Raúl Jiménez was injured last season. They were 16th for goals scored last season despite finishing 13th in the table. It is clear that Trincão’s pure goalscoring numbers factored heavily into his signing at the club. But why are his assist numbers so low? It is hard to really say as I haven’t watched every one of his touches last year, but I suspect it has something to do with his raw ability still at this point in his career. Top young prospects often find success doing a specific thing really well. For a player like Mason Greenwood that thing is his ability to strike the ball with power and accuracy from tight angles, for a player like Emile Smith Rowe, it is carrying the ball or breaking the lines. For Trincão I believe it is his ability to cut inside and curl accurate and powerful shots into the top corner. He strikes me as a natural goalscorer (see his “almost” goal against United) who uses his body well to shape angles and create space for his shot. This evaluation is supported by Trincão’s proficiency at creating shots via dribbles, according to FBref, he ranks in the 90th percentile for Shot-Creating Actions (SCA) via a Completed Dribble, creating 0.54 shots per90 through his dribbling. This reinforces the idea that Trincão is proficient at dribbling inside then releasing a shot, and according to his Shots on Target percentage (52.3 which places him in the 98th percentile), he is extremely accurate.

Another group of stats that support the Eye Test involves Trincão’s short passing, ball carrying, and pass types. In terms of short passing, Trincão is a monster. He is both capable of linking play in the final third and dropping deep to help the midfield or defense progress the ball, this is shown via his volume of short passing. Trincão attempts 26.42 short passes per game, and completes 23.53 of those passes, this places him in the 97th and 96th percentile respectively. These numbers may be skewed as a result of the system he played in for Barcelona but already during his time with Wolves it is clear he is being asked to come deep to help break opposition press or to link the 2nd phase to the 3rd phase. His Ball Carrying is also exceptional, Trincão averages 8.67 Progressive Carries per90, placing him in the 91st percentile of the stat. This shows that not purely an attacking winger who likes to receive the ball already in a position to make a final action such as Mohamed Salah who, by comparison, only completes 5.92 progressive carries per90. Trincão is a willing ball carrier and displays this often by looking to receive the ball before attempting to turn and carry it forwards. Finally, a small piece about Pass Types that I noticed while combing through Trincão’s FBref page, he attempts 0.54 passes with a part of his body other than his head or feet per90, placing him in the 90th percentile. While it isn’t much more than an interesting stat, it may point to some of the creativity Trincão often displays, he has a level of flair that Wolves lack a bit of going forward, they are a team full of pace and power but fans also want excitement and creativity, Trincão might be just the man to provide that.

Francisco Trincão is undoubtedly a vastly talented and hugely promising winger. He combines slick technique and great burst with an accurate shot and a willingness and desire to progress the ball up the pitch. Stylistically he reminds me a bit of legendary Dutch winger Arjen Robben, as he knows how good he is at cutting in from the right to get a shot off with his left foot and attempts to do so very often. Otherwise, he is a dynamic and interesting prospect who has the ability to start every game for Wolves if he is allowed and will certainly contribute to goals. He is also a great reader of the game and therefore can operate in tight spaces very fluidly, a skill that will be extremely useful if he hopes to be successful in one of the most physically grueling leagues in the world. When fully fit, a front three of Pedro Neto, Raúl Jiménez, and Francisco Trincão would be very interesting to watch in full flow. 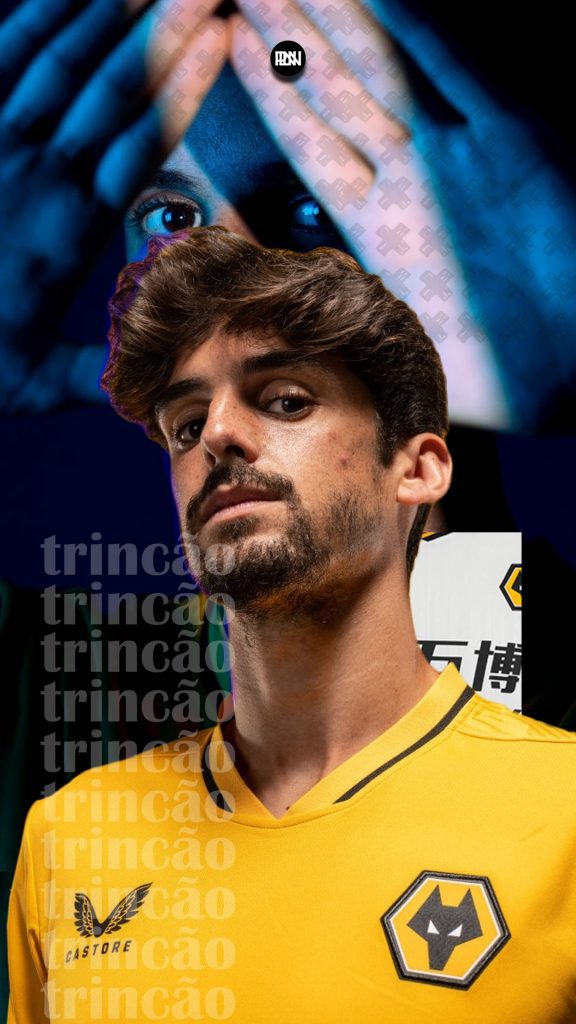