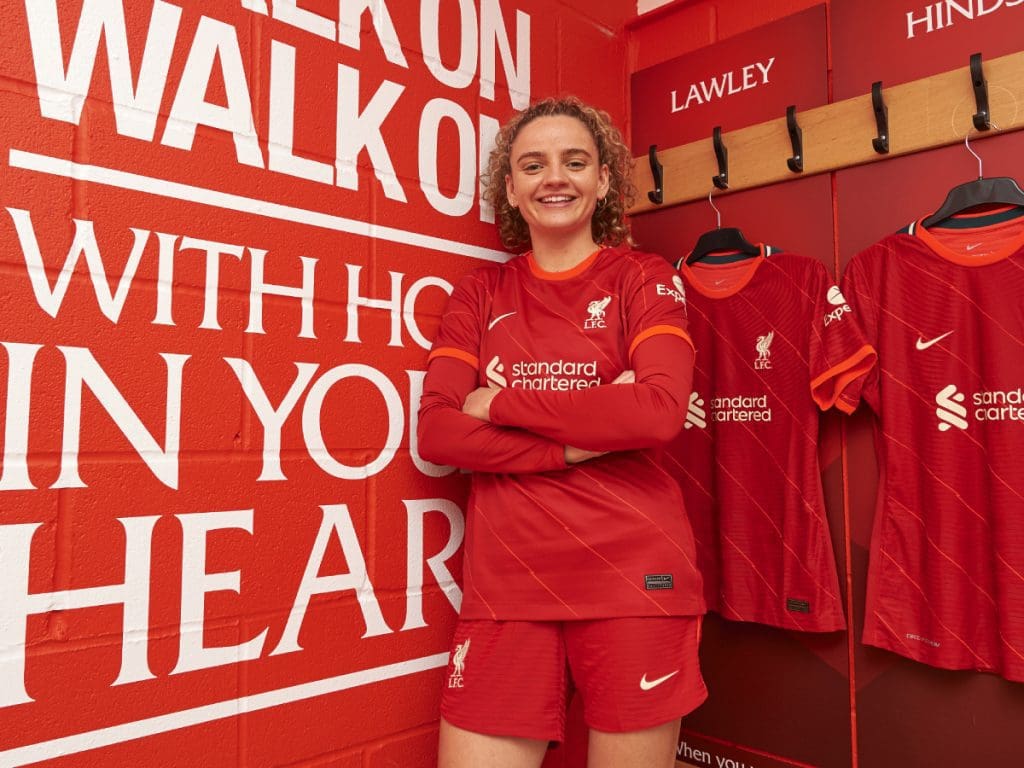 So recently, I did an article on Abi Harrison and that made me curious about other Championship players. So, today I will look at the career of Leanne Kiernan, look at her story, and theorise about what could be for her in the future.

Some people may have not heard of Leanne Kiernan, but the 22-year-old is starting to attract some interest from teams. Leanne Kiernan is currently Liverpool’s striker, who have just confirmed their promotion to the WSL next season. The Irish international has already played professional football for 7 years, starting with Shelbourne at just age 15. So, how has she made it from an Irish wonderkid to a Championship golden boot winner? Well, let’s find out.

Leanne Kiernan grew up on her family’s farm in Cavan, where there was always a ball at her feet. She was originally showing potential as a Gaelic footballer, a sport played in Ireland. However, soon enough, she started to play football at school (specifically futsal) and soon enough she started to dedicate more and more time to the sport.

In her youth career outside of school, she started out with Bailieboro Celtic and Kingscourt Harps where, at the age of twelve, she played with the boys. Her natural ability and talent along with determination, passion and work ethic was what got her into the senior game. 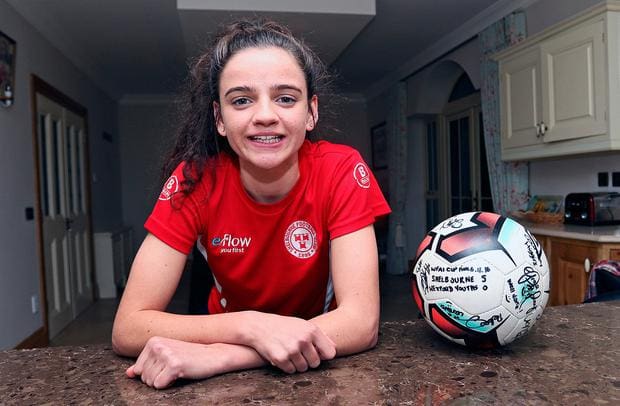 She entered the senior game with Shelbourne, a Women’s National League club, which was very close to where she grew up. In her first season, she scored 5 goals, helping Shelbourne to second place, only losing out on Champions League qualification and the title by 3 goal difference points. The next season, she scored 12 goals and led them to the league title, invincible. She also scored the winner in the 2016 WNL Final against UCD Waves

In 2017, she made her Champions League debut in a 0–0 draw and she finished the season with 9 goals, but Shelbourne dropped to third. In her final season scored 11 goals in her first six games, and left in July, aged just 20. She had just gotten an offer from West Ham in the WSL, and she took it. She also received her first call-up during this time, where she has since scored 4 goals in 25 caps.

She signed with West Ham in the summer following the 2017/18 season, as they had just gained promotion from the third tier to the first tier due to the restructuring. In her first season, she scored 2 league goals in 15 games, also racking up an assist and a goal in the WSL Cup.

She wasn’t finding the form which she had in Ireland back, as she only scored 1 league goal in the next 2 seasons. She left West Ham after her contract expired. It was a fairly disappointing time for her in the WSL, but she was injured on and off throughout her last two seasons, so everyone was curious to see what WSL club would take her on next, or whether she would have to move leagues.

Leanne joined Liverpool straight after they went down, where she was reunited with her former West Ham coach Matt Beard. She was given the number 9 jersey, which showed Liverpool’s ambition for her to be the main striker. She delivered, as she shook off the injury which was haunting her at Rush Green, scored 12 goals to come second in the Championship goalscorers list, and fires Liverpool back into the Championship. But what’s next for her?

WHAT’S NEXT FOR LEANNE KIERNAN?

The Irish international will be turning 23 on the 27th and she will be wanting to win big trophies and play in the Champions League again, if not now, then soon. She is one of the outstanding youngsters everybody is watching and WSL clubs will be monitoring her situation. But due to her only joining the club last season, I can’t see her moving away from Liverpool without trying to crack the WSL with them, at least until the January transfer window.

From Leanne’s perspective, she should want to join a club that attacks and creates lots of chances at the highest level, so she can continue to showcase her goalscoring knack at a more elite level than the Championship. Whether that means staying with Liverpool for a few seasons to see what will occur, becoming adored by fans of one of the biggest clubs in the world, or moving to a club like Spurs or Brighton, where she can fight for her place in the side, motivating her to become a world-class player fighting for Champions League football, a level which she has briefly played at before, and will want to play at again. Just like Harrison, Kiernan’s career will be an interesting one to follow, and whether a move happens in this window or in another one, we’ll see what happens.

Fabrizio Romano reports on future of Giovani Lo Celso
What will Erik ten Hag bring to Manchester United?
To Top