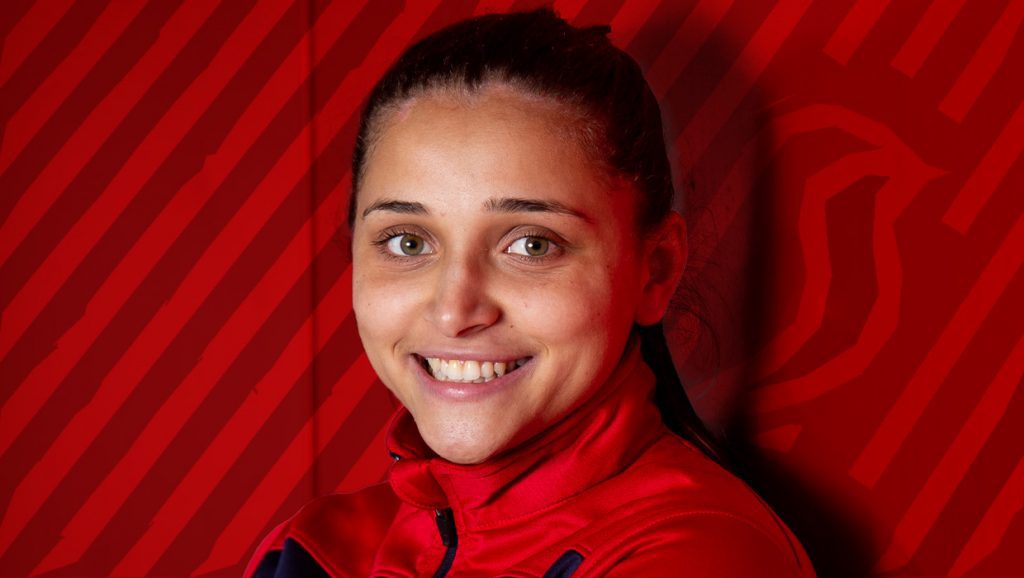 After Liverpool mathematically won the league, Bristol City knew that they would be spending a second season in the Championship. 24-year-old Abigail Harrison has delivered a brilliant season, with 17 goal contributions in 19 games, she has outperformed many of her counterparts, including former WSL players such as Leanne Kiernan, Rachel Furness, and Courtney Sweetman-Kirk. So is Abi Harrison ready for the next step up? And if so, with who?

WHO IS ABI HARRISON?

Before we start analysing Harrison’s style of play and determining which clubs would want her, I think we need to establish her career so far. As said earlier, Harrison is a 24-year-old striker, who represents Scotland at the international level, picking them over England or Jamaica.

Harrison’s youth career was solely in Celtic’s academy, but even so, she still received criticisms from the adults in her life. In an interview a few years ago, Abi recounts her experiences of criticism from her primary school teacher, saying that her primary school teacher “[started] laughing in [her] face and said that it wasn’t possible” when she said she wanted to play football when she was older. She also spoke about receiving similar comments in high school.

However, things changed in 2011 when, at the extremely young age of 14, she made her debut for the club of her heart, Celtic. This made her the youngest ever player to appear in the Scottish Premier League, and set her apart from many others in Scotland. She ended her time with Celtic in 2015, still a teenager, as she scored 8 goals in 27 league games, a 0.3 goal per game ratio, a brilliant ratio for a player of her age.

Her next journey was to Hibernian, where she excelled to an unprecedented level, scoring 75 goals in 88 league games, helping to guide the Cabbages to three Scottish Cups, and four SWPL Cup titles, scoring the opening goal in the 2017 Scottish Cup and scoring twice in the 2018 edition. Harrison was also the top scorer in both 2017 and 2018, proving her ability as one of the best emerging talents in Scotland.

That was why, in 2018, she received an international call-up, making her debut in a friendly match against Russia in January 2018. On her competitive debut, she scored the only goal for the Tartan Army, a last minute equaliser that kept them in the driving seat for the play-off spot in Group B.  She currently has a 0.25 ratio for the national team, and she’ll hope to improve that ratio over time.

In 2019, she took the next step in her career by joining Bristol City, who were in the WSL at the time. In her first season, she played 3 games and scored 2 goals in the FAWSL Cup. It was a good season for her in that respect, but it wasn’t the same situation in the league, as she didn’t score a single goal in 8 games, despite playing 646 minutes during the league season.

In 2020/21, the first season after Covid curtailment, Abi Harrison collected 4 goal involvements in 20 games in the league, and wasn’t able to stop Bristol City’s relegation to the Championship. But after her brilliance this season, moving from a cup player to a leader for Bristol City,  is she now ready to return to this level of football?

After all, Bristol are in the driving seat to finish second and have had a really good season. So, after Bristol’s record in the top-flight, and their ambitions to get back there, is it in the realm of possibility that Harrison may decide to stay with Bristol City for next season?

This is Abi Harrison’s first season being this prolific in front of goal, so she may want to stay in the Championship to have that consistency, so she’ll be able to show some level of consistency in English football, so she can move to either another Championship club or a WSL club.

However, Harrison could decide that she wants to help the Robins up to the WSL. Already being their top scorer of all-time, if Harrison can get the club back to the WSL  by winning the Championship title, she will have a legacy to remember at Ashton Gate forever, especially as she was one of the few to stick with the team after they went down.

MOVING TO A WSL CLUB?

If Harrison was to move to a WSL club and wanted to get regular playing time, it would have to be a team such as Liverpool, who were just promoted, or like Leicester or Aston Villa who are more willing to give playing time to a player without WSL experience. Considering that Harrison has had a fairly torrid time in her experience in the WSL so far, she’ll need to make sure that the time is right. Considering that, towards the start of next season, she’ll turn 25, this may be her last chance of cracking the league.

But if she was to play for a WSL team, what would she offer? Well, she turns up against Reading that’s for sure. In the Conti Cup matchup between the two in mid-October, she scores an absolute screamer (which turns out to be a late winner) by picking up the ball next to the touchline, drifting around the box, avoiding an incoming defender, and striking the ball past six defenders, and the goalkeeper. She also delivered a ridiculous ball to Ebony Salmon, which won the game for Bristol City, giving them hope of avoiding relegation, a match I briefly spoke about in my article a few months ago, highlighting the best moments in the WSL during 2021.

COULD HARRISON LEAD THE LINE FOR A TOP HALF CLUB?

However, there’s one team which aren’t relegation strugglers where she may excel, and that’s Tottenham Hotspur. The Lilywhites are desperate for a striker, as Rachel Williams and Kyah Simon are only getting older (at 35 and 30 years old respectively), Kit Graham and Jessica Naz haven’t been prolific enough in the league to warrant a starting spot up top, and Angela Addison needs to go out on a loan because she doesn’t have the goals to start for a team fighting for the Champions League.

So, Abi Harrison has all the promise to be a brilliant top-flight player for the next 4-8 years, but she has to focus on the short-term first. That involves deciding her next move, whether that be to a recently promoted club to the WSL, a mid-table club which would give her time (like Spurs), or staying with Bristol. But whatever happens, time will tell if it works for her.