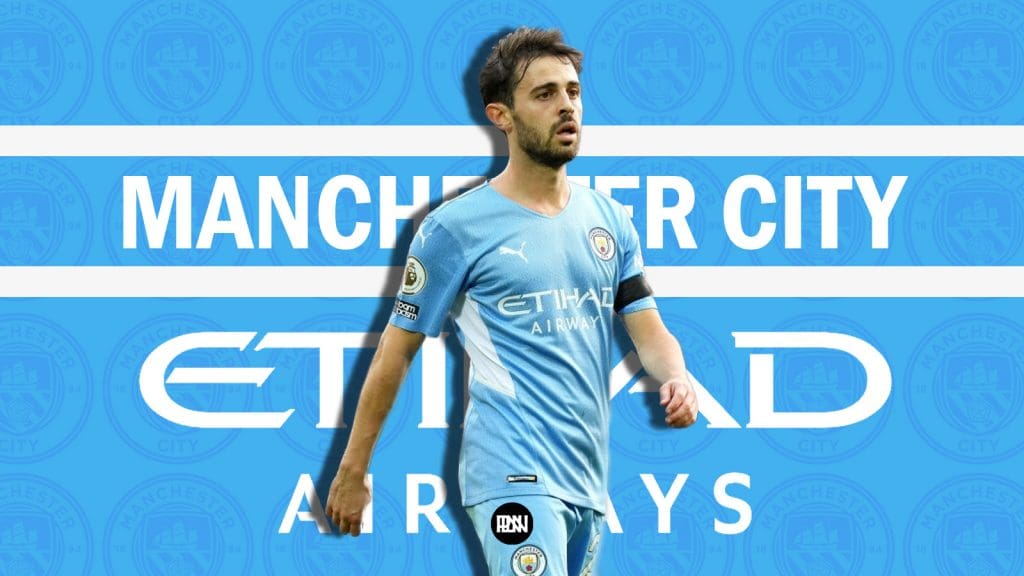 Bernardo Silva. The name which was tagged as one of the favourites to not continue at Manchester City at the dawn of last summer that was followed by an abundance of rumors linking the Portuguese to clubs from around Europe – nothing materialized and Bernardo Silva was stuck at the Etihad for yet another season but that proved to be a blessing in disguise for the Cityzens as the twenty-seven-year-old put-up jaw-dropping performances for the Blues from Manchester and many possibly regard him as the best player to don that badge for this campaign.

Bernardo Silva, a flashy Portuguese midfielder was the talking point of AS Monaco’s title-winning team in 2016-17. He helped Monaco for their dream run in UEFA Champions League by knocking Manchester City out of the competition. Pep Guardiola without any hesitation snapped up the opportunity to bring the Portuguese at the Etihad in 2017. Manchester City reportedly paid €50 million which could reach €70 million with add-ons for his services. Bernardo signed a 5-year contract and has gone on to win 3 League titles in meantime. In one of our articles, we took up a few reasons why letting go of Bernardo would be a massive mistake by Pep & Co., and looks like they did the right thing not cashing in on him.

The presence of Kevin De Bruyne in the midfield meant Silva was restricted in the midfield three, and with Pep preferring Riyad Mahrez on the right flank – Bernardo found that door closed as well. Being frustrated in changing roles and restricted time, he just wanted off.

In another of our article, we showed how Bernardo Silva alongside İlkay Gündoğan in the midfield is essential for Manchester City. Pep Guardiola demands a lot from his teams, and especially from his midfield pivots, he wants his pivots to support the creativity of their attacking players, and Silva’s high work rate and robustness provide exactly that.

Pep Guardiola demands his players to play different roles at different times in accordance with the positioning of the match, the area where the event is happening, and the situation of the game. He can ask his players to defend and attack depending on different scenarios and this requires a player with versatility and someone who’s a proper technician, Bernardo Silva is exactly that.

Reports in Calciomercato claim that Juventus have been in contact with Manchester City over a possible loan deal to bring Bernardo Silva to Turin. The Italian giants are in the hunt for an “all purpose” midfielder and the Portuguese tick all the boxes and is regarded as a “strong name” on their list.

Pep Guardiola did admit that he will let Bernardo leave if he ever wanted to; although this season’s numbers prove contrary for him to even consider that – yet the vulnerability of holding a spot in Pep’s roulette makes it a distant possibility for Bernardo Silva to consider bidding adieu to the Blues from Manchester.

It’s clear that the Portuguese won’t come cheap but there are talks about an “interest loan” with the clubs sitting down to extend the loan in consideration or making a permanent deal at the end of the loan.

Before going down that road, Juventus are looking to offload some midfielders and when that happens the Turin based side will ‘intensify the negotiations’ with City for Silva.

For all the Cityzens out there, they can only hope that Pep doesn’t negotiate Bernardo Silva’s exit. He is possibly their best player this season and could be for a long time if given consistent game time in one profile.