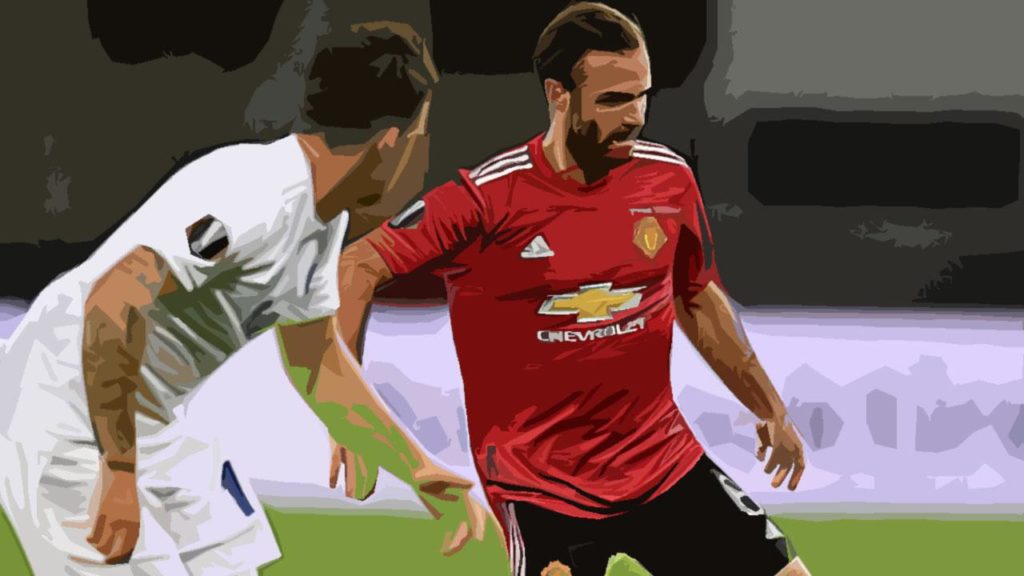 Manchester United midfielder Juan Mata has admitted tiredness has began to set in following their narrow win over Copenhagen in the quarter-finals of the Europa League.

The Red Devils were forced into extra time after playing out an intriguing 0-0 draw in regular time, with Bruno Fernandes’ goal from the spot enough to send United into the semis of the competition.

Ole Gunnar Solskjaer’s side dominated the majority part of the game on Monday night but were unable to score past Karl-Johan Johnsson in pole for the Denmark outfit.

The 30-year-old made a staggering 13 saves on the night in Cologne to deny the Premier League side, who also struck the goalpost twice and also saw Mason Greenwood’s strike overturned by the VAR for offside.

However, the Sweden international was finally beaten five minutes into extra time after Fernandes stepped up to convert from the spot following a foul on Anthony Martial to secure victory for United.

In an interview after the game, Mata, who came on as a substitute admitted that the players felt the effects of the encounter but remain focused on winning the Europa League at the end of their stay in Germany.

“The team is quite tired physically. At this stage of this season it is important to win games like today and we go through,” he told BT Sport. “We stay in Germany for quite some time and hopefully we can win.

“Both teams got a little tired and there were more spaces and more chances. They played some good football and credit to them. We could have scored more goals in extra time but we are through.

“I don’t think it was complacency. They played some great football in their last game. We scored one goal, of course we are happier when we score more but now it is time to recover and wait and find out who we get in the next round.”

Pedro Rodriguez: A Man Who Has Won It All
Granit Xhaka and what he actually brings to this Arsenal squad
To Top