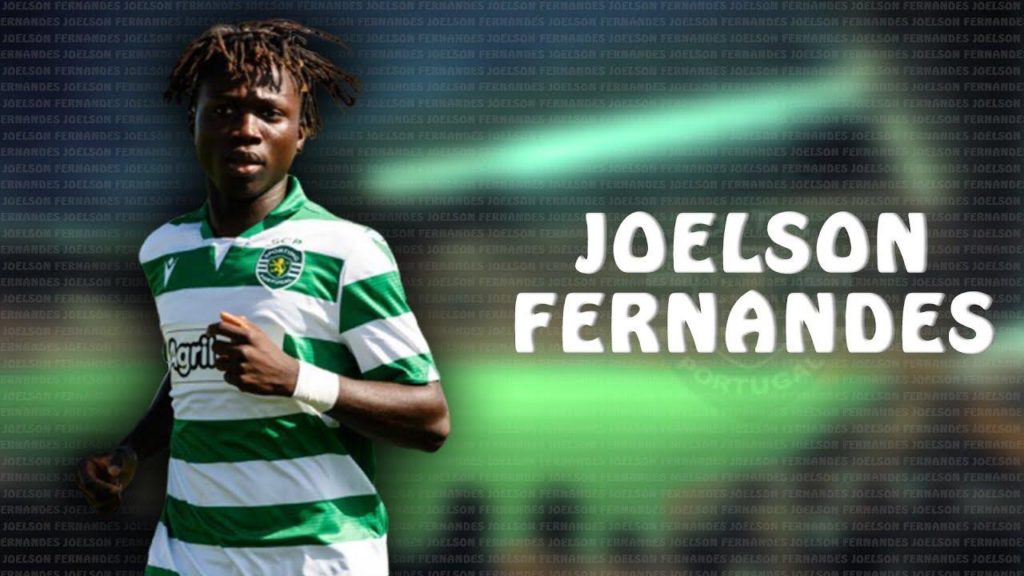 Joelson Fernandes is becoming an household name within Portuguese side Sporting Lisbon as one of the most promising youngster within their youth system. His ambitions, skill set and position has earned him a comparison to former Sporting Lisbon maestro Cristiano Ronaldo.

Rarely can there be any club that can continually boast of producing quality wingers over the years such as Luis Figo, Ricardo Quaresma, Ronaldo, Nani et al. Sporting has really been blessed in that position.

From the wing, Joelson’s incredible ability has enthralled the interest of some top European clubs such as Arsenal, Borussia Dortmund and RB Leipzig.

“It is true that being compared to these players puts a little extra pressure on me. I try to follow their example and play the best I can in each game.”, Fernandes told O Jogo in a recent interview when asked about being likened to previous academy graduates that were developed in Lisbon. 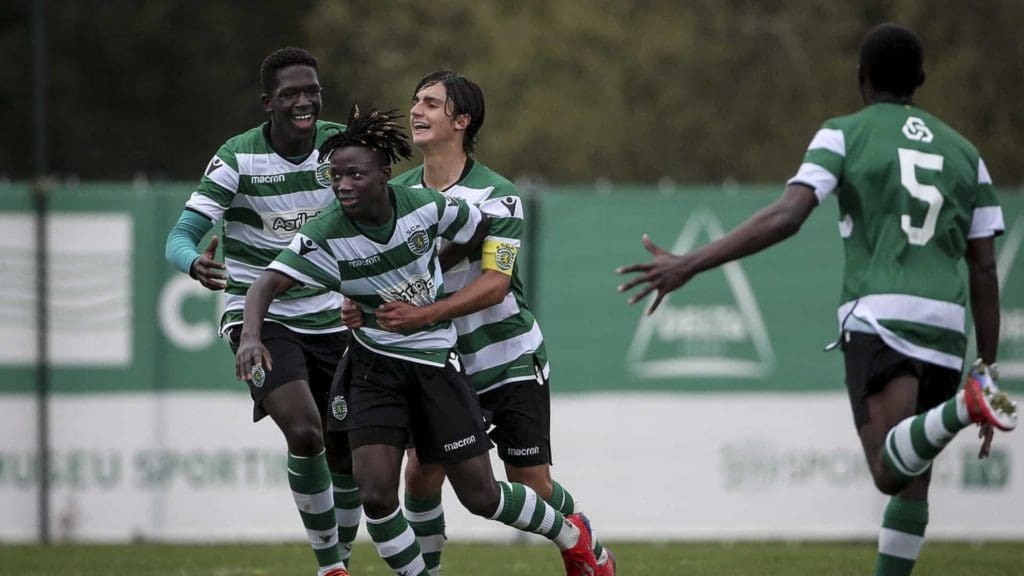 Joelson was born into a football family as his father Eusebio Mango had played for both Porto and Sporting Lisbon at youth level.

He spent his early years in Guinea-Bissau where he was born and began his footballing career at a local club Academia Valusa do Bairro Militar in Bissau until he moved to Portugal at the age of 11. Due to his obvious talent he was spotted by Sporting’s scouts upon his arrival in Portugal.

Every weekend Joelson would go as far as 250 kilometers from his home in Aveiro to Lisbon in order to train with Leoes’ age-group, which was a routine for two years before eventually moving to the capital to join the club’s academy full-time at the age of 13.

Since joining on a full-time basis, the highly talented youngster has improved tremendously and his impressive performances has earned him call-ups to represent Portugal at various youth levels such as their Under-15, Under-16 and Under-17 levels. 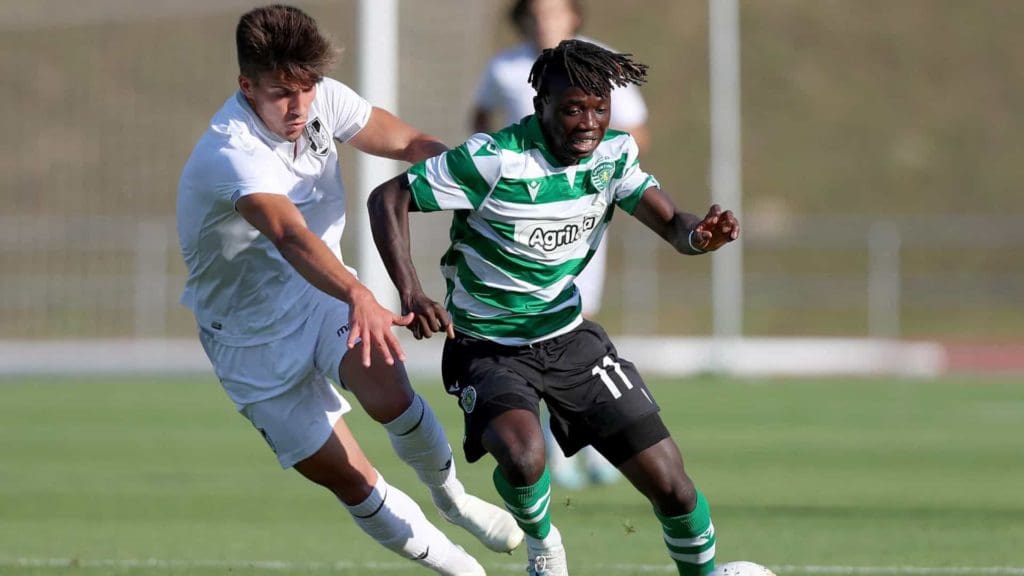 Joelson has being a regular with the club’s Under-23, contributing 5 goals and 2 assists in 28 appearances thus far, despite just clocking 17 years of age in February 2020.

Being a right footed player, Joelson likes to predominantly play from the left side of the attack where he’s able to express himself with his pace and sublime movements coupled with his outstanding trickery capable of causing a lot of problems for the defenders.

The Portugal international won the academy prize at Sporting’s annual Stromp Awards ceremony in December 2019. He was later called up by former Sporting coach Silas to train with the senior squad which was a huge reward for his performances with the youth setup.

Since the league resumed Pandemic crisis, the youngster has been training with the first squad and has recently being given an opportunity on the bench during a Liga NOS game against C.D. Tondela on 18th June 2020. 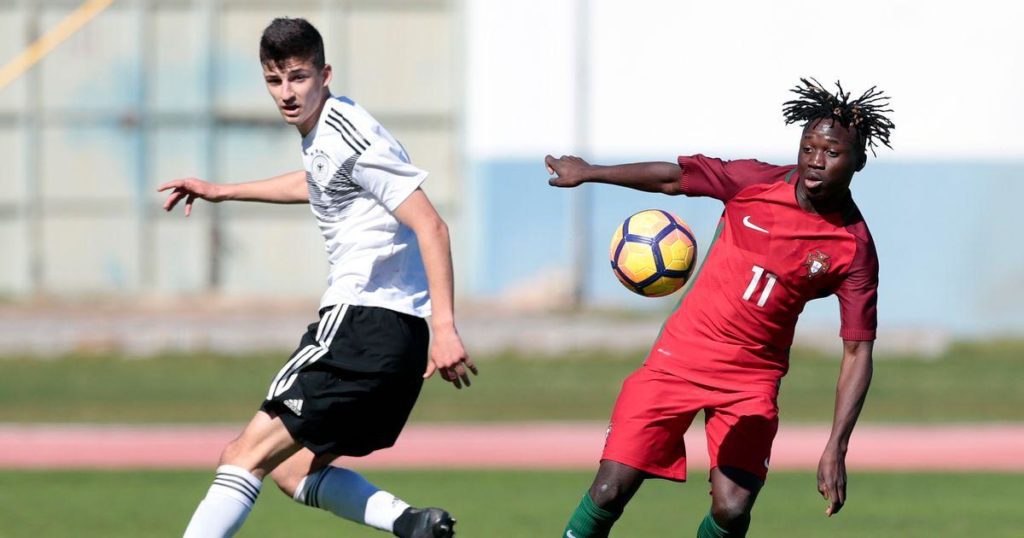 Despite the youngster having signed a contract through to 2022 which includes a €45 million release clause, more suitors have been reported to be circling the skillful youngster.

According to some report in Portugal, it is believed that Sporting Lisbon are willing to extend Joelson’s deal to 2025 and in turn, increase his release clause to around €80 million so as to fend off the youngster’s suitors unless they’re willing to pay the huge price for his signature.

“It is very flattering and I think it represents the value of my work,” Joelson said of those clubs who are purported to be monitoring his progress. “I did not look at that alleged interest very much, I am happy where I am and fighting to achieve my dream, which is to play for Sporting’s first team.

“Nobody has told me about this extension offer yet. Besides, I try not to think about these things too much. I just want to play football.” 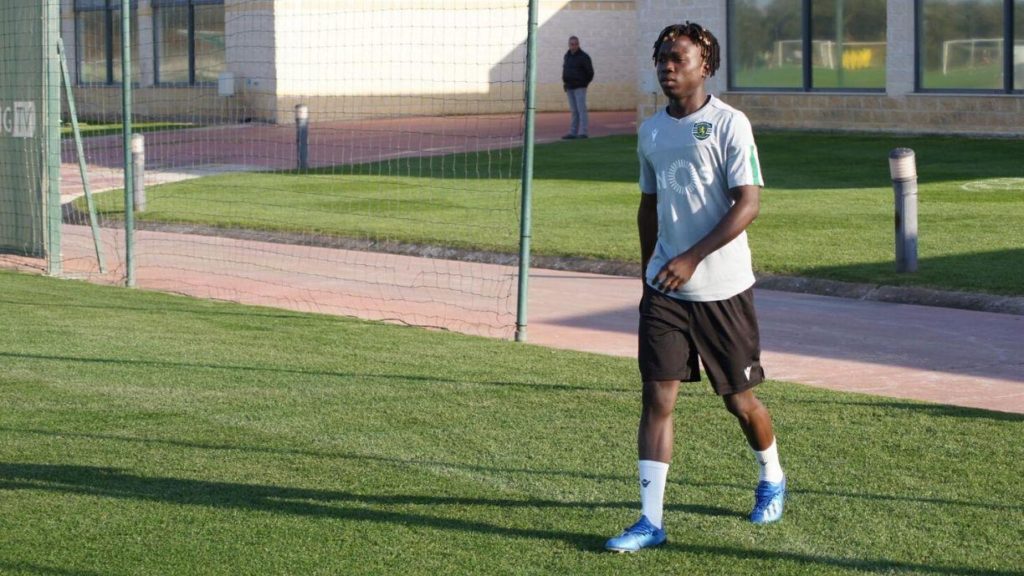 Only few clubs can contest with Arsenal when it comes to giving opportunities to talented youngsters with the first team. Arsenal have been noted for developing youngsters, helping them to settle and integrate them into the first team setup whereby it saves the amount of money needed to be spent to purchase a player of great valuation.

Recently, Arsenal have been looking inward in order to fill some necessary positions which also enhances squad depth. Players like Joe Willock, Bukayo Saka, Eddie Nketiah, Reiss Nelson, Emile Smith-Rowe have all been promoted from the club’s academy and being given multiple opportunities to debut in all competitions with Arsenal this season.

Even the 20-year-old Guendouzi that was signed during 2018 summer transfer window has already become an household name within the club. 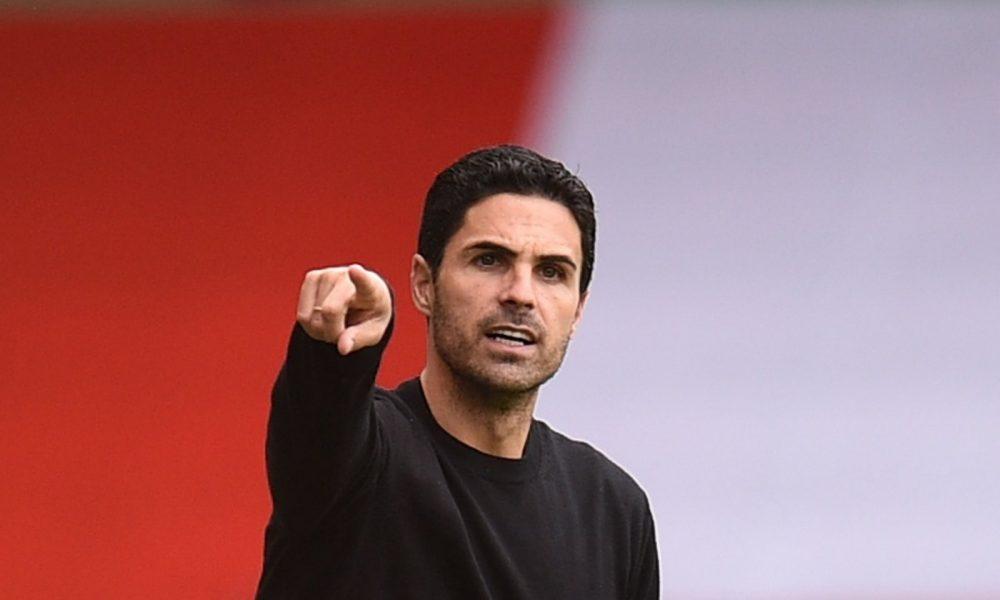 Inasmuch the talent is there for all to see and the player is willing to work hard to achieve his dream, Arsenal will definitely give such player the platform needed to make his dream to become a reality as other youngsters have achieved.

Arsenal still seems to lack much quality depth in the left wing position as Aubameyang have been deployed there severally, up till now, it’s obvious that Arsenal will want to reinforce in that position and Joelson looks to be the perfect signing that is capable of making the position is own regardless of other options, in as much the youngster will be able to give his all for the club.

Mikel Arteta has been credited to have made an influence of Sane, Sterling and the likes during his time as an assistant to Manchester City’s manager Pep Guardiola. And same could be said regarding the rapid improvement seen in Mustafi and Granit Xhaka, whom have been condemned by the fans and pundits and looked to be heading towards’ the exit door but since Arteta’s reign, both players have suddenly become the cornerstone.

Will Arsenal invest into he Portuguese wing wizard?