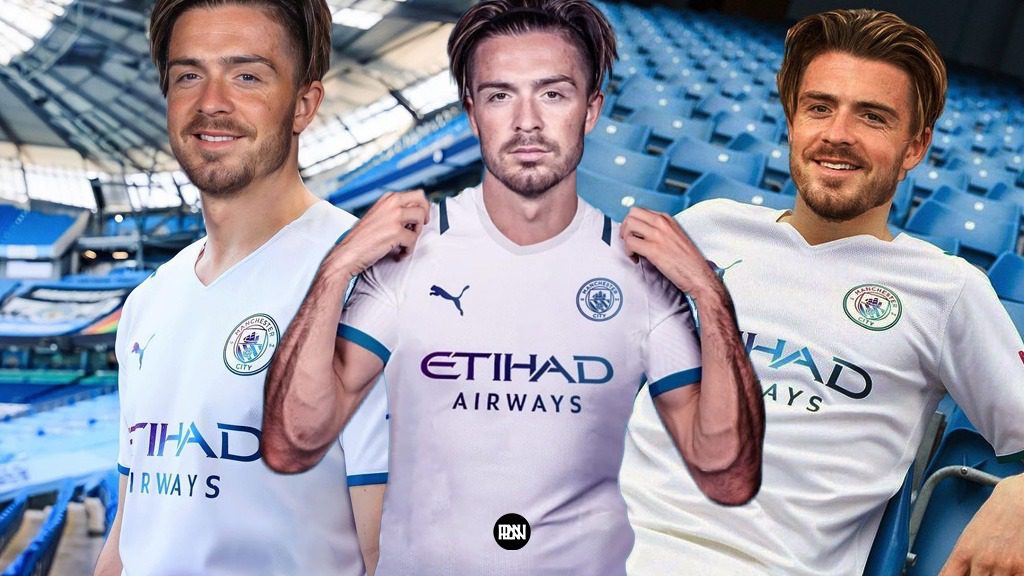 Manchester City have been silent all along this transfer window, but not anymore; The Blues from Manchester are in an advanced position to sign England and Aston Villa star Jack Grealish for a record-breaking fee of £100 million. Sam Lee and Fabrizio Romano indicated that Aston Villa has agreed on the fee and it is all up to Grealish to sign the deal. He also has a new Villa contract ready on the table but, playing European football and domestic glory is the feat Grealish is wishing for, and hence all signs point towards him completing his move to the Etihad Stadium.

Grealish had a fruitful outing last season. He ended the season with 6 goals and 10 assists in the Premiership. Currently a captain, he has been with Aston Villa since the beginning of his football career. Grealish made his PL debut in a 3-3 draw against QPR in 2015. Since then he has seen his club relegate to Championship and then helped his club to win promotion back to Premier League. He helped Aston Villa to stay in the league for two consecutive seasons now.

Now an England international, he has set his sights for domestic and European Glory and the Manchester City project has lured him to join them at the Etihad. He will reportedly be offered a salary of over £200k per week. If he completes this move, he will join his England teammates John Stones, Kyle Walker, Raheem Sterling, and Phil Foden.

Pep Guardiola loves midfielders and the addition of Grealish will only improve the dynamic style that the Manchester City manager follows. Preferably a Left Winger, Grealish can play at various positions and perform with equal expertise in any role. Let us look at possibilities on how manager Pep Guardiola can utilize Jack Grealish’s services.

LEFT SIDE OF THE FRONT THREE

Jack Grealish is naturally a left-winger and he enjoys having the ball at his feet and dribble past opposition players for fun. Due to his exceptional dribbling abilities, he averaged 2.5 dribbles per game in League last season. Raheem Sterling despite his inconsistent form lately is still Pep Guardiola’s first-choice left winger but the former Liverpool forward can be more comfortable on the right-wing.

Manchester City have missed a natural left winger since the departure of Leroy Sane to Bayern Munich. Jack Grealish can fit rightly in the role. Pep Guardiola prefers his counterattacks from the left and Jack Grealish’s flair, ball control, and dribbling abilities will only increase the chances of converting them.

Modern football has completely changed the role of wingers as managers have moved on from 4-4-2 to a dynamic 4-3-3 or 4-5-1 to play more free-flowing football. Jack Grealish is a good contributor as he found himself on the scoresheet 6 times and assisted his teammates 12 times before an injury sidelining him for the rest of the season.

Manchester City are too heavily relied on Riyadh Mahrez for goals among their forwards and the inclusion of Grealish will help the Algerian enjoy his natural free-roaming game. Jack Grealish will provide a great shout at the starting position despite the presence of Ferran Torres, Raheem Sterling, and Phil Foden.

Jack Grealish is arguably the best midfielder outside the top 6 and his ability to create chances is only second to Kevin De Bruyne. Manchester City are still missing a player to perfectly fill David Silva’s spot. Phil Foden is touted to be his replacement but the manager preferred him in the front 3 last season. If Guardiola keeps Foden in the front three, Jack Grealish is the perfect candidate to play the ‘David Silva Role‘.

In a 4-3-3 formation that Guardiola uses at Manchester City, his midfield three play a huge contribution in its success. While Kevin De Bruyne is expected to play his natural game of creating the final ball, Pep could use Grealish’s dribbling ability to its fullest in midfield. As a no. 8, Grealish could use pockets of space in midfield or create his own.

Jack Grealish is an attack-minded player and carries the ball forward with ease. Pep Guardiola may never get the luxury of Xavi and Iniesta in midfield ever again but he can surely create another magical midfield combination of De Bruyne and Grealish. Grealish averaged 83% success on his passing at Villa, with experts by his side he could surely bring that number up close to 90% if he signs for City.

A role similar to what Bernardo Silva played in the 2018-19 season for Manchester City’s domestic treble triumph. Jack Grealish is one of the most intelligent player off-ball. He rightly appears in position whenever his side needs a goal. For Aston Villa, Jack Grealish was central to their creativity and hence restricted to the role of the main creator. With England, we saw Grealish enjoying his free-roaming role in midfield. His movements troubled opponents and several defenders were finding it difficult to man-mark him. He could very well play this role with Manchester City, especially in times when Manchester City appears in a deadlock when the opponents sit back.

In the Champions League final last season, Kante and Jorginho successfully marked Foden and De Bruyne for the time they were on the pitch. Grealish’s ability to move from the position within seconds and confuse his marker could open more space for other players and give time to create a chance. Pep Guardiola used Thomas Muller in this role during his time back in Germany with Bayern and it worked brilliantly. With Bernardo Silva’s future still uncertain as a Portuguese midfielder looking his way out, Pep Guardiola could utilize Jack Grealish as his successor.

Three things are certain in life, 1. Birth, 2. Death and 3. Pep Guardiola using a false 9 in his team. Last season Pep Guardiola had to use this system due to the unavailability of Sergio Aguero and the inconsistent outing of Gabriel Jesus. If their pursuit of Harry Kane fails and Manchester City fails to replace Aguero by a striker, Pep Guardiola will have to use his False 9 system again for the coming season.

Jack Grealish is a defender’s magnet with an average of 4.2 Fouls per game proves that when in possession, Grealish could vacate important positions in the opponent’s half. Imagine Grealish doing the same thing at Manchester City but as a false 9, reminds me of a certain Lionel Messi in Pep’s early days of managerial career.

If Grealish manages to excel at this role, Gabriel Jesus could also revive his career at Manchester City by playing his preferred role as an inside forward. Jack Grealish will be surrounded by superstars like Kevin De Bruyne, Raheem Sterling, and Riyad Mahrez at his side. These players have got used to the false 9 system and Grealish’s ability to link up with his fellow forwards will be worth every money for them to rely on the English man.

Pep Guardiola is already blessed with a talented squad and the addition of Grealish will only improve their chances of winning every trophy available to compete for. It’s up to Pep Guardiola’s decision on how to utilize the Englishman but one thing is sure that if this move materializes, Manchester City will be blessed with one of the best midfielders for years to come.

Why should Palace fans be delighted with the arrival of Joachim Andersen?
Meet Raphael Varane’s stunning wife Camille Tytgat
To Top