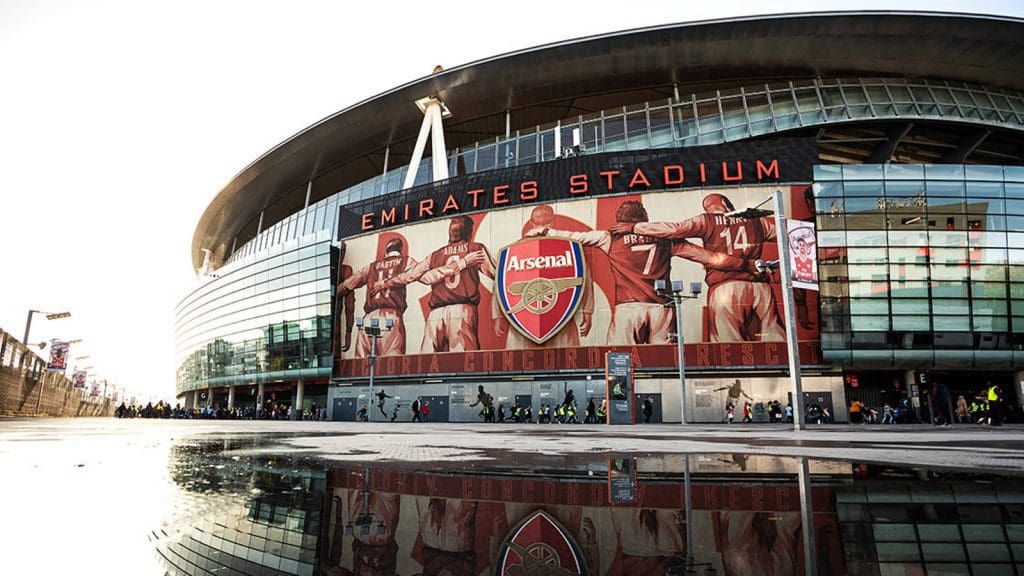 Arsenal Football Club, one of the most historic English clubs, who are now 10th in the Premier League table were affected to a decent financial extent in 2020 due to the Coronavirus pandemic, according to a report provided by Swiss Rambles, a European blog post that monitors the business of football clubs. In 2020, the world came to a complete standstill due to the Coronavirus disease which led to European football being stopped for almost 3 months and is currently still played without fans. The loss in revenue due to the absence of ticket sales, loss in broadcasting revenue and no change in player wages led to Arsenal being one of the most hugely affected English clubs during the past year.

While Arsenal bagged an extra £10 million in their new shirt sponsorship deal, they signed in 2019 for five years, Arsenal’s biggest win in 2019, financially speaking, was signing a kit deal with adidas worth £60 million in a 5-year deal, as this was a 100% increase from their previous kit deal, they had signed with Puma for £30 million in 2014.

Apart from this, Arsenal recorded sizeable losses that will need at-least 2-3 years to recover from. For example, The Gunners Match day revenue, or gate monies in layman terms, showed an 18% loss from the previous year due to lack of fans in the last 3 months of the Premier League which are also when the match day revenue normally soars, as psychologically speaking, fans are more likely to attend games during the penultimate periods of a season and towards the end when the race to secure a spot in Europe is extremely hot. However, the hit they suffered was not as much as the other clubs in the country, with Arsenal’s £79 million in match day revenue being the third highest after Tottenham Hotspur and Manchester United.  However, Arsenal’s biggest loss was in broadcasting revenue as they experienced a 64 million loss from the previous year, as only 8 other clubs suffered more losses through broadcasting income.

‘We have a Champions League wage bill on a Europa League budget’– Josh Kroenke, heir and son to Arsenal’s majority owner Stan Kroenke, exclaimed as he was hinting that the players should be performing better with the wages they are being provided on a weekly basis. Josh Kroenke certainly has a case with Tottenham only spending £181 million, £44 million lesser than Arsenal’s wage bill of £225 million. However, Arsenal’s wage bill is nowhere near the likes of Chelsea, Liverpool and the two Manchester clubs.

Somewhere Arsenal failed was to pay lesser wages to their players during their pandemic as their wages remained constant but their revenue decline led to their wages to turnover ratio being the 11th best in the Premier League, which is not a respectable state of affairs for a club like Arsenal. Arsenal did account for a 391% increase in profit on player sales from 2019, as it was the 2nd best in the league, albeit a far way behind Chelsea’s £143 million.

Moreover, Arsenal’s operating profit in 2020 was the 3rd worst in the Premier League which eventually led to their Net Cash Outflow coming to £57 million, which is the 2nd worst cashflow statement they have recorded in the past decade; however, it did show a growth as in 2019, they recorded a cash outflow of £64 million. Arsenal’s net spend also rose in 2020 as they recorded a 120 million net spend, making it their biggest net spend in the past 5 years.

With a Champions League wage bill plus a record-high net spend in 2020, Arsenal have not been able to transform those numbers on the pitch. The performances are exciting occasionally but this is not where the club hierarchy would have wanted the club to be after suffering losses in the previous but continuing to spend in the transfer market. It looks highly unlikely that Arsenal will finish in the Top 8 this season while there are also much better teams in the Europa League which shortens their chances of winning that competition as well. Arsenal last finished in the Top 4 in 2015/16 which tells you how dire the club is looking from the outside and the inside.

This points towards lack of a business as well as a footballing brain in the Club, with other clubs churning out better-placed finishes in the league table with lesser sized investment. Arsenal will take a couple of years to recover from this financial hit, but the players on the pitch can do a lot more to generate more income for the club by providing the club with a Top 4 finish, which in turn, would generate a lot more revenue through the lucrative Champions League.

How Ole Gunnar Solskjær outdid Pep Guardiola
Is the Premier League going to start losing money in broadcasting rights in this post-pandemic world?
To Top