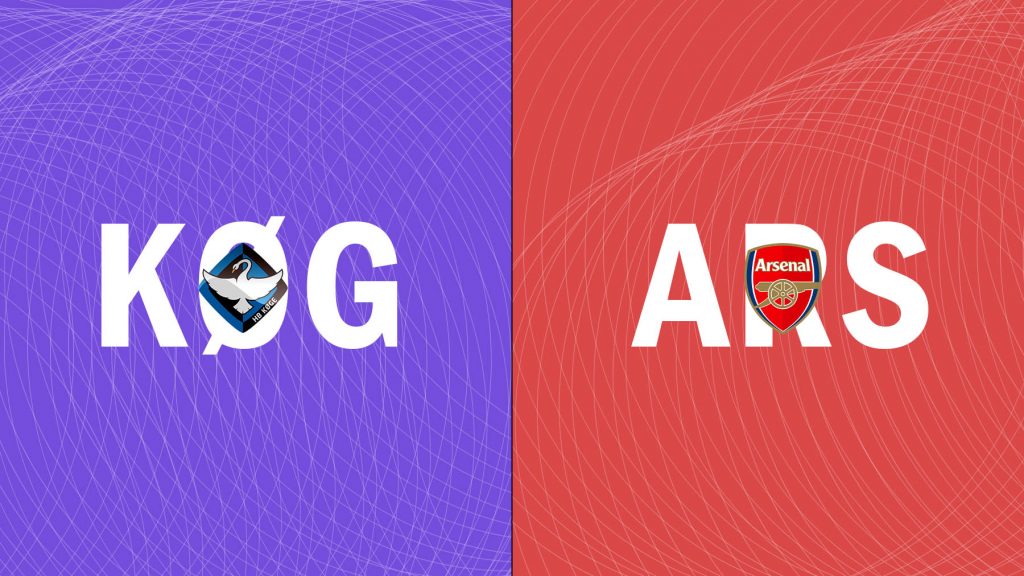 Arsenal Women and HB Køge Women are going to go face to face in the biggest club competition of all, the UEFA Women’s Champions League. Arsenal are currently top of the WSL, and have gone unbeaten in the competition this season. Køge have done the exact same thing, but are a bit further forward in their season. However, Køge are still aiming for their first points of the group stage, after losing their opening two games to Hoffenheim and Barcelona. On the other hand, Arsenal have only lost to Barcelona, and are sitting second in the group.

Køge have had a great start to the season domestically, but Søren Randa-Boldt’s side will want to push on this season on the European stage. They have conquered Denmark, but are now setting their sights on the entire of Europe. But first, they’ll need a stunning performance at Meadow Park.

Arsenal has been brilliant too, but want to show dominance in the WSL, and then push on in the Champions League. Many Arsenal fans are aware that they shouldn’t win the Champions League this season, but in a few seasons’ time, they will be at the very top and will be wanting that Barcelona scoreline flipped.

Jonas Eidevall didn’t start her strongest team against West Ham, but that was mainly due to the rest that he gave to his key players. He’ll know that he can experiment, so maybe expect to see him testing out Boye or Patten instead of Maritz,

Søren Randa-Boldt will obviously be playing Køge’s strongest team, especially as a loss here would do everything wrong but mathematically rule them out. It’s a big game for the Swans, and they’ll look to grab it by the scruff of the neck.

Why is Arsenal so good?

This is going to remain a sustained thing. I mean, considering that many managers leave before a few years and also (especially in the Champions League) many teams won’t have faced each other. So, this is going to be more of just a plain analysis section about the team I think will win, speaking about the specific tactical setup of that team rather than what could happen in a match. So, with that out of the way, why are Arsenal so good?

Sure, Miedema may be getting herself on the end of a few crosses and Zinsberger may make good saves, but what do Arsenal do which allows them to not only win, but become so much more superior? Well, it has to mostly do with midfield roles.

The two main ones I’m focusing on today are the easiest to explain, Frida Maanum and Kim Little. Frida drifts left, which allows for an overload on the left or in the middle. See, if Frida plays on the right, then she’ll drift into the middle, and will play as a reserved midfielder. Kim does a similar thing, but her’s is more tactical. Little will be just on the edge of the box (like 10’s do), but instead of waiting for the ball to fall to her, she makes a darted run, usually between players. Her main movement is between Beth Mead/Katie McCabe (who is usually on the ball) and Vivianne Miedema (who is usually waiting for the cross) and makes a run toward the near post, which either causes confusion, or results in an attempt on goal.

Kim Little certainly did not disappoint in the last match, and I don’t think she will now. Considering the reasons I said earlier, you can understand why I think Kim s such as useful asset. Out of all her midfield partners, I think she does the best with Maanum and Iwabuchi. I think that it works because Maanum will stay deep and drift which allows Mead to make runs at goal, and Iwabuchi does what Little would normally be doing, which is sitting on the edge of the box, ready to create moments of magic. Adding Lia Wälti would be nice, but I don’t think that Eidevall would dare try having 4 central midfielders, and we certainly won’t be seeing Little up top any time soon!

Kyra Carusa. She’s a brilliant player, and has shown that for numerous clubs in recent yrars. I was surprised by her move to Køge, as I thought she would have stayed in France for a bit longer before moving countries. However, she was a great bit of business, as she scored 18 goals in 24 games (0.75 goals per game) to guide them to the league title. Her team will have to perform a miracle to beat Arsenal, but if they do, then she’ll be a big part of why.