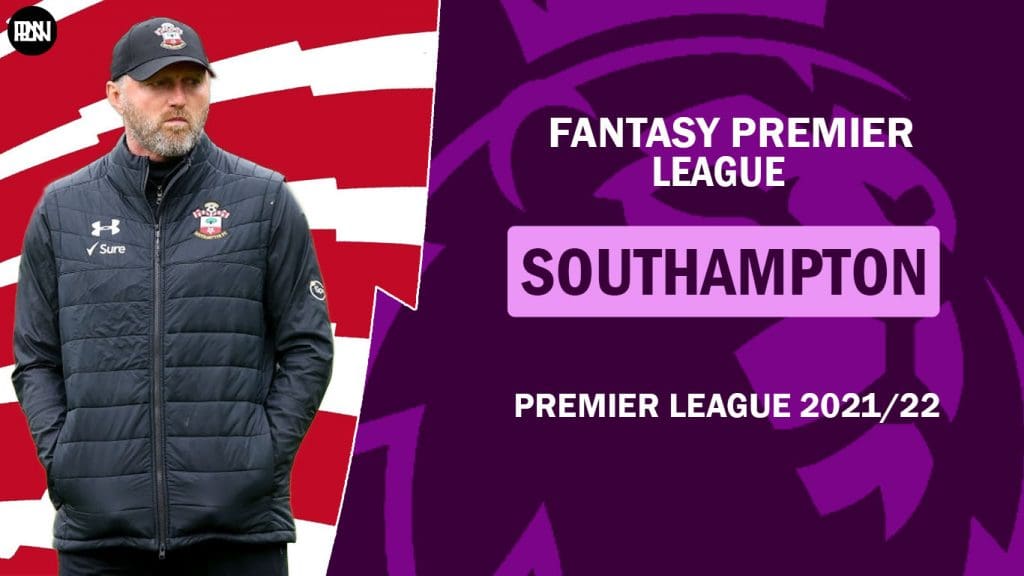 An underwhelming campaign concerning the ambitions of the club, Southampton secured a 15th place finish in the league last season. Whilst the club has established itself as a mainstay in the Premier League, poor results and inconsistent performances, over the years, have stifled progress on the pitch.

Having finished the season with 43 points, Southampton were amongst the top 10 teams for goals scored last season. However, the squad also conceded the second-highest amount of goals last season. While Ralph Hasenhüttl’s brand of football is not a grave concern, the team’s defensive frailties have contributed to embarrassing results – the club is the only team in the Premier League to concede nine goals in a game, twice over.

Despite their defensive vulnerabilities, however, the Southampton squad still comprises match-winners and consistent performers for FPL managers to choose from. The Saints will be looking forward to improving their results whilst ensuring they secure a top-half finish in the table next season.

Having finished as the club’s top goal scorer in the league last season, the 28-year-old striker has been a consistent goal-scorer for the Saints and a revelation amongst FPL managers. In his three seasons at Saint Mary’s, Ings has become a senior figure at the club, all whilst performing consistently on the pitch,

The striker finished with 131 points last season, netting 12 goals and providing four assists. In addition, Ings also finished with a goal percentage of 0.50 per game across the league last season. A vital part of Southampton’s squad, the club will look to keep hold of their star despite him refusing to sign a contract and looking for a move elsewhere.

Nevertheless, being the clinical finisher that he is, Ings will most certainly succeed, whether or not, the striker moves away from Southampton or stays at the club going into next season. An experienced presence in Southampton’s forwards line, Ings is a reliable option, given the Saints continue playing their attacking brand of football in the forthcoming campaign.

The club’s captain and highest-scoring FPL asset last season, the England international scored 156 points whilst finished as the highest-scoring midfielder in his price range. Amongst the most accurate set-piece takers in the league, Ward-Prowse has cemented himself as a mainstay in the Southampton line-up.

A creative spark with boundless energy in Southampton’s midfield, Ward-Prowse is amongst the first names on the team sheet and a vital part of the club’s ambition on the pitch. Available at a bargain price, Ward-Prowse is a reliable option bound to yield considerable return given his creative talent on the pitch.

Having managed to finish higher than his strike-partner Danny Ings, the Scotland international scored 137 points and secured a top 10 finish amongst strikers last season. The striker scored nine goals and provided seven assists whilst ranking first for non-penalty expected goals + assists (14.5 npxG +xA) amongst his teammates during last season’s campaign.

Having made more league appearances (36) than Danny Ings last season, the striker is set to start every game next season. However, despite his overall stats, the 25-year-old had a poor goal-scoring rate, managing a rather low 8.8% of expected goals over the course of last season.

Nevertheless, with Danny Ings’ future uncertain, Adams will be expected to step up and improve his goal-scoring form going into next season. Comparably cheaper than Ings, the Scotsman’s is an effective option provided he establishes himself as a consistent threat in the opposition’s box.

Despite having conceded the fourth-highest amount of goals last season, Mccarthy still managed to keep seven clean sheets in what was a poor defensive campaign for the Saints. The 31-year-old keeper finished with the second-worst save percentage (63.8%) last season.

However, provided the Saints managed to plug their defensive holes going into next season, Mccarthy is a decent option between the sticks. The keeper managed to score 94 points last season in a campaign riddled with defensive errors.

Nevertheless, Mccarthy can be a decent second-option in the goalkeeping department for FPL managers willing to take a punt.

Having had a decent outing last season, the 24-year-old right-back managed to score 93 points in a campaign riddled with frailties at the back. An energetic right-back with impressive technical ability, Walker-Peters established himself as a first-teamer last season.

In addition, the player also displayed glimpses of his potential on the pitch; managing to provide three assists and keeping nine clean sheets. A valuable asset at the club, Walker-Peters is only set to improve his output going into next season.

Moderately priced at £4.5m, Walker-Peters is a reliant option for managers looking to find a way into Southampton’s defence.