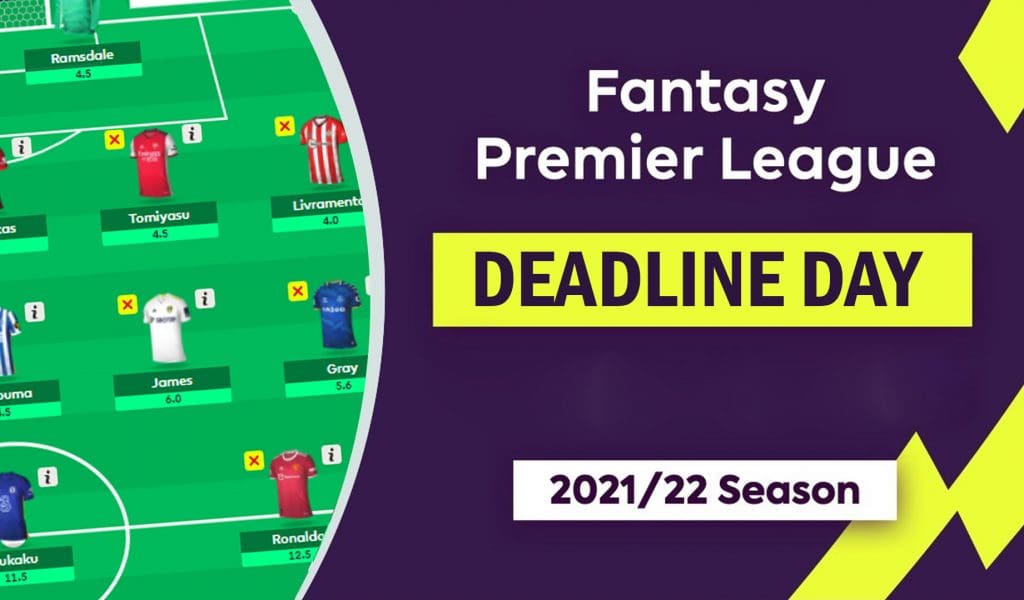 The transfer window has ended, and for many FPL managers, the all enthralling rollercoaster season is just about to begin. Big moves have been made this summer, the return of Cristiano Ronaldo (£12.5mn) has many contemplating the possibility of an early wildcard, while influential performances by Michail Antonio (£7.9mn), Ferran Torres (£7.1mn), and Mason Greenwood (£7.7mn), among other differentials at the start of the campaign, has resulted in many revisiting their strategy ahead of the restart next weekend.

Amongst this assorted range of already popular and reliable options in the game, new arrivals rarely get the recognition they deserve. While it is advisable to back your assets before releasing them, subject to history, a fresh environment can sometimes work in favour of players arriving and moving between clubs in the Premier League. Although considered a ‘punt’ by many, transferring in new arrivals can sometimes help you draft them in on a cheap and later trade them for a much reliable option.

With the multitude of arrivals in the league this summer, this article examines three deadline day arrivals who could prove themselves a bargain in their positions considering their talent and potential to light up the Premier League.

With Hector Bellerin departing the club on loan, the versatile Japanese defender will almost certainly be a starter at Arsenal. Though the Gunners’ are languishing at the bottom of the table and are yet to put in a convincing performance on the pitch, Tomiyasu brings the much-needed stability to a seemingly vanquished backline.

The 22-year-old was primarily deployed as a centre-back during his days at Bologna but possesses the flair and threat required of an attacking full-back. Playing as a right-back at Bologna in the 2019/20 campaign, Tomiyasu recorded one goal and three assists. Additionally, the Japanese international registered 19 shots and 18 key passes in 29 (appearances for the club that season.

Considering poor performances by Tomiyasu’s competitors – Callum Chambers and Cedric Soares – in the first three games of the season, the Japanese international is in strong contention to make their Arsenal debut next weekend. With an excellent set of fixtures to get their season running, Tomiyasu could easily end up as the bargain pick amongst defenders, provided the Gunners improve their defensive performances, in the coming weeks.

Cucurella’s arrival almost certainly makes him a strong contender for the left-back spot in the starting XI. With injuries to Dan Burn (£4.4mn) and Solly March (£5.5mn), among other full-backs, Graham Potter has been forced to revert to a three-man defence, with the club actively moving for the signing of Spanish full-back Marc Cucurella from Getafe on deadline day.

The 23-year-old Spaniard can function in the left-side of midfield as well as an attacking wing-back, making him a tempting prospect in an evaluative Brighton backline. Additionally, his presence could also force his competitor, Solly March to be deployed further up the pitch in an attempt to bolster the Seagulls’ attacking prowess.

Brighton are yet to concede more than two goals per game this season, and with an appealing set of fixtures up ahead, Cucurella too, could emerge as an effective, yet, an understated asset in a conspicuous Potter line-up.

MUST READ: Marc Cucurella: How will the Spaniard fit in at Brighton & Hove Albion?

An unsurprising snap-up by Leeds on the deadline they saw the Yorkshire club eventually complete the signing of long-term target Daniel James from Manchester United. The Welsh winger has undoubtedly been on the Leeds manager, Marcelo Bielsa’s radar for a few years now as the Argentinian finally acquired the services of the 23-year-old Wales international.

Hard-working, quick and tenacious, James is tailored-made for the ‘Bielsa system’. The Welshman started two of United’s first three games of the campaign and is in strong contention to make his Leeds debut next weekend. James’ arrival could see him slot in at either flank with the team’s primary creator, Raphinha (£6.5mn) likely to move into the attacking midfield role.

With an excellent few game-weeks up ahead, Leeds’ fixtures offer the golden opportunity for a potential triple-up. The Welshman has the capability to grab his opportunities and a fresh start away from United could spur his confidence and provide him with the platform to shine going into the season.