The wheels seemed to have fallen off Leicester City’s wagons right at the end of what was a genuinely spectacular season for the Foxes. For Brendan Rodgers and his promising Leicester team, it was a case of so close, yet so far, as they were unable to keep up with the pace in the marathon quest for a top-four finish. However, this does not tell the entire story. Leicester wound up with four more points this season than they did the previous season, and they had some spectacular results along the road. The 5-2 win at the Etihad in September, as well as victories over Arsenal, Chelsea, Liverpool, Tottenham Hotspur, and Manchester United, will be remembered fondly.

They were able to achieve some of these performances while being in the midst of a terrible injury crisis. With the exception of Youri Tielemans and Marc Albrighton, every senior outfielder saw time on the sidelines this season. Some of these injuries occurred at inconvenient times. Both James Justin and Harvey Barnes were ruled out for the season, just as they were being hailed as potential Euro 2020 squad members. Meanwhile, defensive stalwart Jonny Evans was sidelined for the majority of the Premier League season.

In this light, Leicester’s easy top-six finish is even more stunning. However, setbacks against Fulham and Newcastle, as well as the news that they will be playing on Thursday nights next season, do not make the season any easier to digest. However, it would be a pity if Leicester’s season was determined by that fifth-place result in the Premier League.

As most of their admirers would point out, there was so much more to enjoy. Rodgers and his players won the club’s first-ever FA Cup on a historic mid-May evening at Wembley, in addition to qualifying for the Europa League. The ecstatic on-field celebrations that followed the triumph served as a reminder to football fans around the world of what a great club Leicester City has become in recent years. Given their last season’s performances, let us have a look at some of  Leicester’s FPL prospects for the upcoming season: 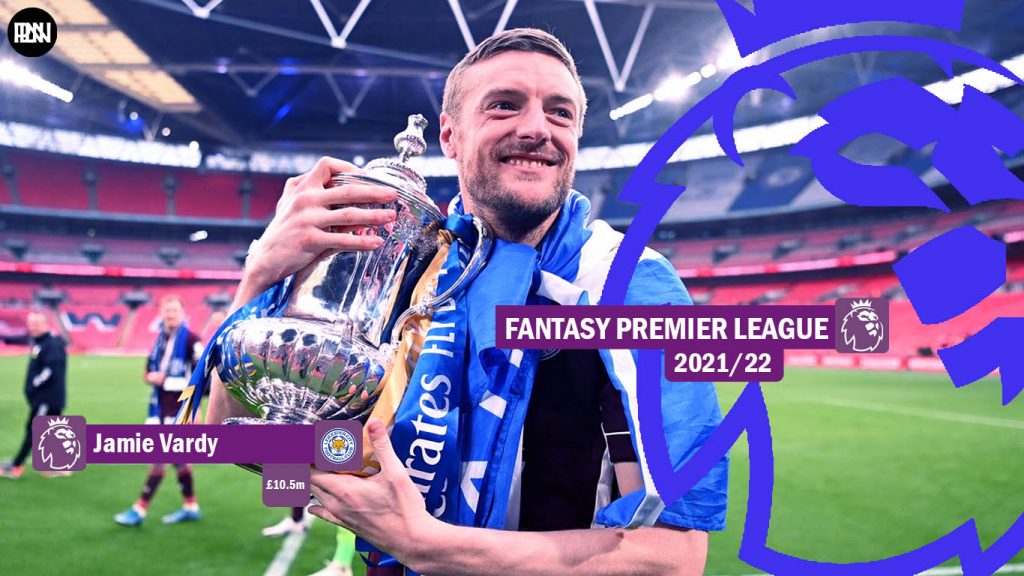 Jamie Vardy of Leicester City is the second most priced forward in FPL at the start of the season, owing to his prolific goal-scoring ability. Vardy has significantly increased the number of assists in his game (15 goals and 14 assists in 2020-21). Heading into 2021-22, the retired England international has a fantasy football point average of 178 per season. He has twice topped the 200-point mark and has never scored less than 120 points in seven seasons. Jamie Vardy has been involved in at least 20 goals every season since breaking into the Premier League with Leicester City in 2015. He’s been on 30 twice, and the most recent season was 29. All three of those campaigns outperformed two of Harry Kane’s previous three.

Vardy is known to be dealing with long-term injury issues, but it didn’t stop him from making 34 league games and performing at his usual high-level last season. There’s little hesitation that if you choose him, you’ll be receiving a trustworthy asset that will return at least 160 FPL points, if not more, in the coming season. The veteran striker ranks 6th out of 61 forwards in the ICT Index and also ranks 17th out of 486 players in the overall ICT Index. 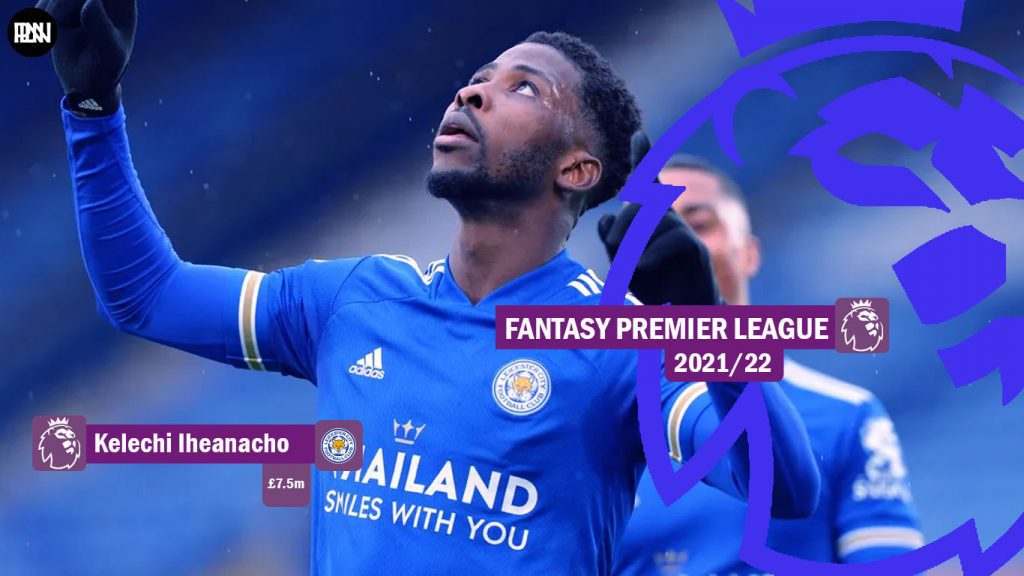 Last season, the Nigerian scored 12 goals and added two assists in 25 appearances for the Foxes. When you consider that Iheanacho only started playing regularly in March and scored 11 of his 12 goals in just 13 outings, that record becomes even more astounding. So, if he maintains his current form at the start of the new season, the former Man City man will be a steal at £7.5m. However, there are a few factors to keep in mind if you’re considering Iheanacho. To begin with, Leicester added Patson Daka this summer, providing additional competition in the center-forward position.

Second, Iheanacho only started scoring for Leicester on a consistent basis after Harvey Barnes went down with an injury at the end of February. As a result, with Barnes anticipated to be healthy for the start of the season, Iheanacho’s involvement could be decreased unless Rodgers decides to adjust his system. However, he still remains an excellent option given his price and could prove to be a bargain if he starts a considerable amount of games for the Foxes which looks extremely likely.

Iheanacho ranks 16th out of 61 forwards in the ICT Index and also ranks 45th out of 486 players in the overall ICT Index. 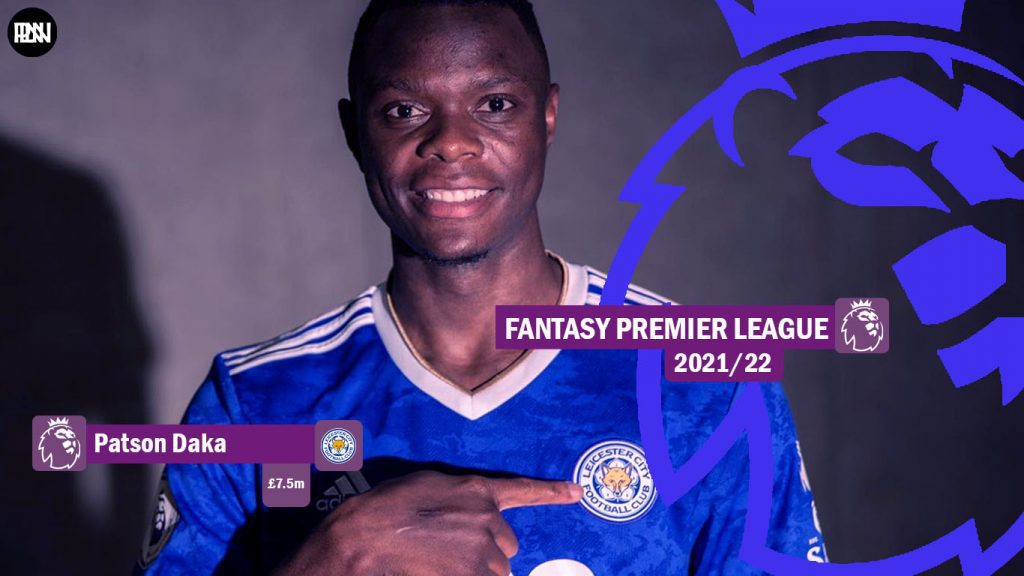 Daka was the leading scorer in the Austrian Bundesliga last season, scoring 27 goals in 28 games despite only starting 21 of them. With the exception of three, all of his goals were scored inside the box, with 16 originating from his right foot, seven from his left, and four from his head. He had 24 goals the previous season. His remarkable strike rate, though, maybe a tad deceiving, since he also missed a total of 23 big chances last season. While he will undoubtedly need to improve his finishing skills, his promise appears to be immense.

Patson Daka is interesting as a player and also as a fantasy asset. Many FPL managers, however, will be put off by his £7.5 million price tag, and with good cause. He is a very young player and also in a new league along with certainly being an unfinished product at the moment. However, he seems a great prospect for the future and also for FPL and can be expected to start a good amount of games for the Foxes as they will also be involved in European competition this season and hence is a player to look out for. 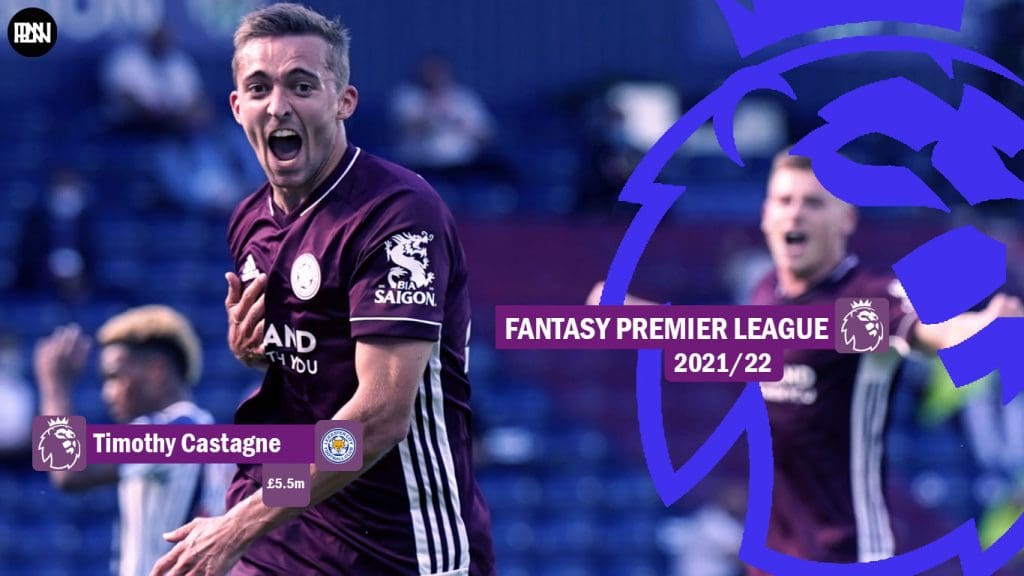 Only 4.1 percent of managers have decided to choose the Belgian international, who is valued at £5.5m in FPL. He’s clearly an under-the-radar option given his points last season and the amount of FPL managers who have chosen him this season.

Timothy Castagne scored a total of 94 points for Leicester City during the 2020/21 season. When we break down the 94 points, we see that he scored two goals, assisted on four goals, and had six clean sheets. He will be deserving of discussion if Leicester can get off to a fine start against Wolves at home on the opening weekend and West Ham in London the following weekend.

The Belgian ranks 27th out of 170 defenders in the ICT Index and also ranks 128th out of 486 players in the overall ICT Index. 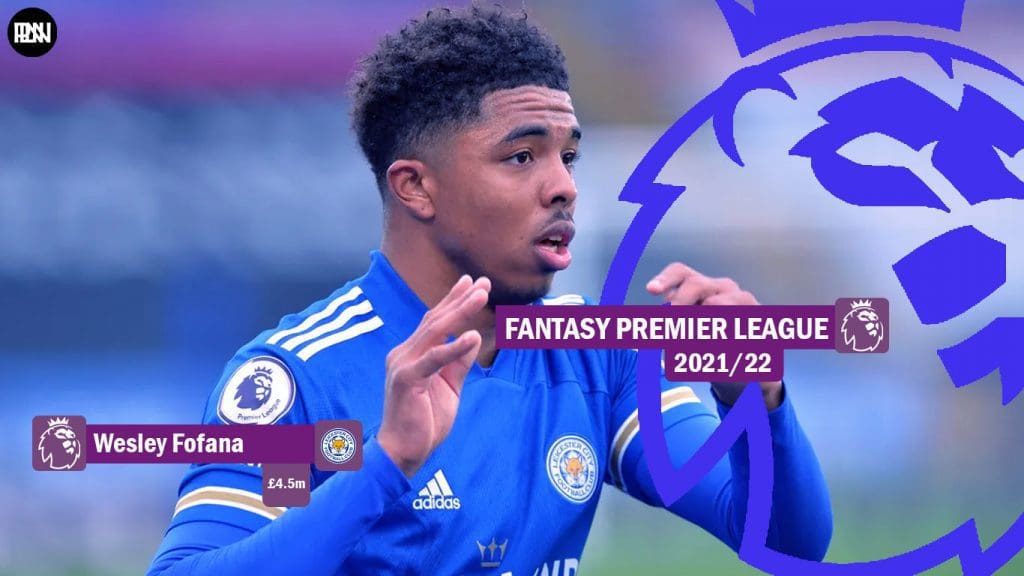 Wesley Fofana is the next player you should certainly think about. The centre-back is only 20-year-old and has modest top-flight experience. Despite this, he established himself as a major player in Leicester’s backline last season, and he appears to have a bright future ahead of him. Fofana appeared in the league 28 times last season, with the majority of his absences due to injury. So, assuming he stays healthy this time, signing a £4.5m defender who consistently plays for a top-six club ought to be a no-brainer.

The battle for a starting spot with Caglar Soyuncu and Jonny Evans will be strong, but Fofana is expected to earn a place in the first squad. To fit each of their superb central defenders, the Foxes may even stick with a back three. Since Gameweek 20 last season, Leicester only conceded four more goals than projected, putting them in eighth place on the XGC table. Fofana is a highly appealing choice for Leicester, who have a fairly easy start to their 2021/22  Premier League season.

The young centre-back ranks 57th out of 170 defenders in the ICT Index and also ranks 190th out of 486 players in the overall ICT Index.

Joe Willock or Ross Barkley: Newcastle United should snap both of them
Arsenal, Chelsea & Spurs preseason friendly – The Mind Series: Everything you need to know
To Top